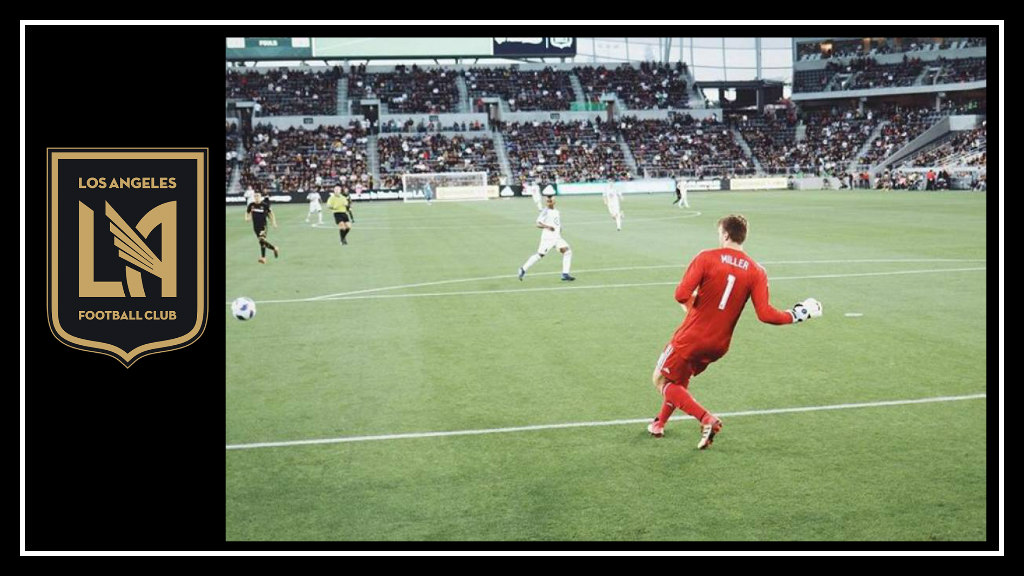 LAFC advances to the U.S. Open Cup Semifinals in a 3-2 victory over Portland Timbers at Banc of California stadium. This game had no shortage of deja vu moments from Sunday’s draw with the Timbers. Nevertheless, LAFC persisted and came out on top.

Similar to Sunday’s matchup, Tyler Miller was called into action again early in the match. This time he would perform an extraordinary double-save on Dairon Asprilla in the 18th minute.

Since returning from World Cup duty, Carlos Vela appears to have picked up where he left off. Playing in his normal position again unlike coming in from the outside on Sunday, Vela sends a cross into the box and it bounces off of David Guzman into Portland’s net giving the black-and-gold the lead in the 33rd minute. Six minutes later, the Mexican international books one of his own with a blast from 10 yards out.

In the 45th minute, Julio Cascante nods in a free kick to pull one back for the Timbers to make it 2-1, the home side pressed for a third goal but couldn’t do so going into the half leading by one.

A weight has finally been lifted off of Marco Ureña’s shoulders after he scored his first career goal for the black-and-gold by lightly tapping in one in the 51st minute. However, Vytas would cut the celebration short when he answered Ureña’s goal with one of his own giving Portland a lifeline just seconds later.

The remainder of the half saw two goals from Andre Diomande and Diego Rossi, though, they were both called offsides leaving Ureña’s goal the winning goal of the match and stamping the black-and-gold’s ticket to the club’s first Open Cup semifinals.

With four teams left in the tournament, the expansion side is closing in on their first trophy as a club.

*Author’s note: LAFC was set to face Houston in the semifinals. But U.S. Soccer has postponed the Draw due to a protest the Timber’s filed “in relation to the number of foreign players fielded last night” by the home side. According to ESPN’s Jeff Carlisle, the U.S. Open Cup Adjudication and Discipline Panel will meet Saturday.

**UPDATE: The Portland Timbers have withdrawn their protest over U.S. Open Cup loss on Wednesday night. LAFC will play the Houston Dynamo in the U.S. Open Cup’s semifinals. Date and Location are still to be determined.