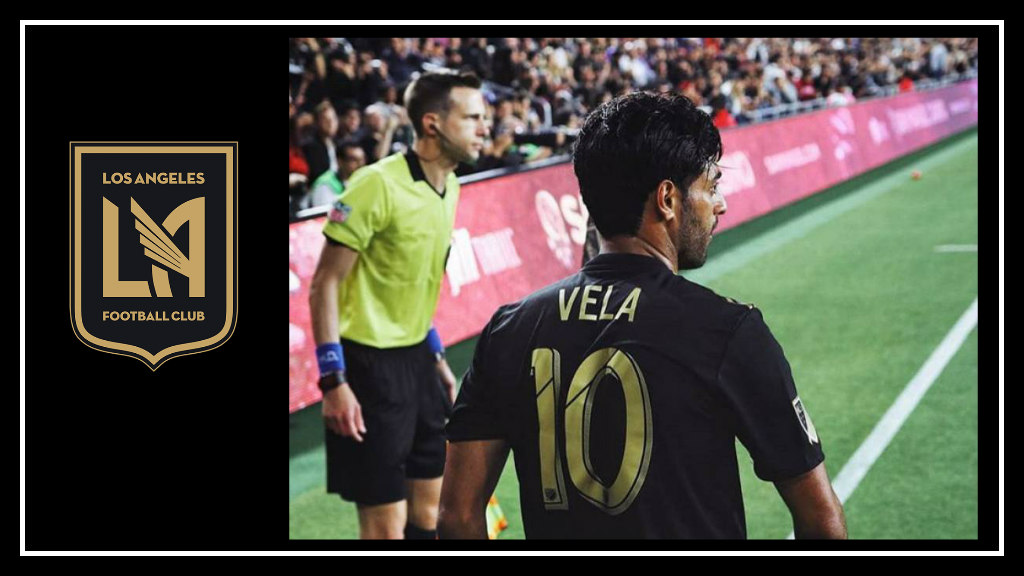 After falling to Minnesota United FC this past weekend, the black-and-gold returned to training on Tuesday. Lee Nguyen – who has been dangerous in the midfield this season – is available for Thursday after serving his one-match suspension due to a red card he picked up with Portland. Eduard Atuesta and André Horta were also in full training this week.

It’s no secret, there is a deep-seeded rivalry between both clubs especially, with the second installment of “El Trafico” around the corner. To help get a deeper insight, I interviewed my fellow colleague at MLSFemale and LA Galaxy reporter, Michelle Huitink.

Araceli Villanueva: The Galaxy had a bit of a rocky start but has been winning a lot of games as of late. How have they turned things around?

Michelle Huitink: This is a good question. They were playing bad soccer up until July 14. I was amazed how they came back to win against [the New England Revolution], to be honest. We couldn’t even beat San Jose or DC United, OK those ended in draws, but they’re bottom tiered teams. But, even with all of the Galaxy’s problems with defense, they’ve got a consistent pattern of play: Concede a goal or two early and then Zlatan or Alessandrini or Kamara or even Pontius score. Bingham is fantastic at saving us, but he has to work so hard because the defense is so weak – other teams often score on deflections.

We have good players and now they’re finally learning to play together as a team rather than individual talent. [Coach Schmid] been playing three in the back, which I think there should be 4, but this formation (3-4-1-2) has been working. Set pieces are also the way we score.

AV: In addition to Carlos Vela, Latif Blessing and Diego Rossi creating dangerous plays in the box – Tyler Miller and Walker Zimmermann have been vital to our defense. And with Nguyen available for selection, it looks like LAFC could have a powerful roster again for Thursday’s matchup. What adjustments do you think the Galaxy can make to their lineup to counter set pieces?

MH: We are missing Sebastian Lletget as he recovers from an injury. Ashley Cole was out due to a red card. The Dos Santos Bros had been out because of international duty and once they were back, they didn’t make an impact. So I’d say, the lineup has been changing a lot. The thing is, the Galaxy don’t lack talent [and] I think Coach Sigi Schmid has finally figured something out.

Alessandrini has been coming in as a sub and I think that helps balance out egos and power struggles. Ibrahimovic does his thing, but the fact that now he and Kamara are played together up top and Kamara isn’t playing midfield (a position that he frankly, isn’t comfortable in nor suited for). I think those are keys.

Dave Romney has been great for defense. Dude has gotten two teeth knocked out now. I kind of see Boateng as a “closing pitcher” kind of, where he tightens up defense, makes plays, and goes for goal whenever he’s subbed in, usually pretty late in the second half.

AV: Although these two clubs have played each other once, thus far. It seems they are quite familiar with each other. Is there any player LAFC fans should learn about? Or give us a fun fact about the Galaxy we might not know!

MH: Romain Alessandrini aka “Alsessandreamy” always gives a Man of the Match performance. He’s a 7, but he always plays hard for the Galaxy. He’s usually getting yellow cards or is in the mix whenever someone gets one. He was so happy France won the Cup, of course, he was watching in-flight. He carried a big French flag with him and he and Ciani posed with it. Now, he’s bringing that winning attitude to the Galaxy. What can I say concisely? He’s hot on the pitch and off. It would just be a travesty if he got traded.

AV: Ibra. The player that likes to refer to himself in third person. LAFC was dominating the last match until he appeared late in the match. Do you think he will deliver the same, if not, similar results Thursday?

MH: I have no doubts that Zlatan will perform and score at least one; He has 9 goals in his last 6 starts. 4 assists. And total 12 goals with the Galaxy since he’s joined.

I just think the strategy can’t be to just get the ball to Zlatan because that’s when we get predictable. Now, the Galaxy on March 31st had started the comeback as Lletget had scored a consolation goal and then Pontius scored. Ibra was just the one to bring it all on for the win, which is what we hired him for, right?

LAFC are at home. They’ve got something to prove against the Galaxy more so. For all the trash talk people joke and say about LAFC, they’ve got Blessing, Vela, Rossi and Diomande and other great players that I wouldn’t underestimate. Tyler Miller is one heck of a goalkeeper. It’s definitely going to be game on. This is MLS, it’s anyone’s game.