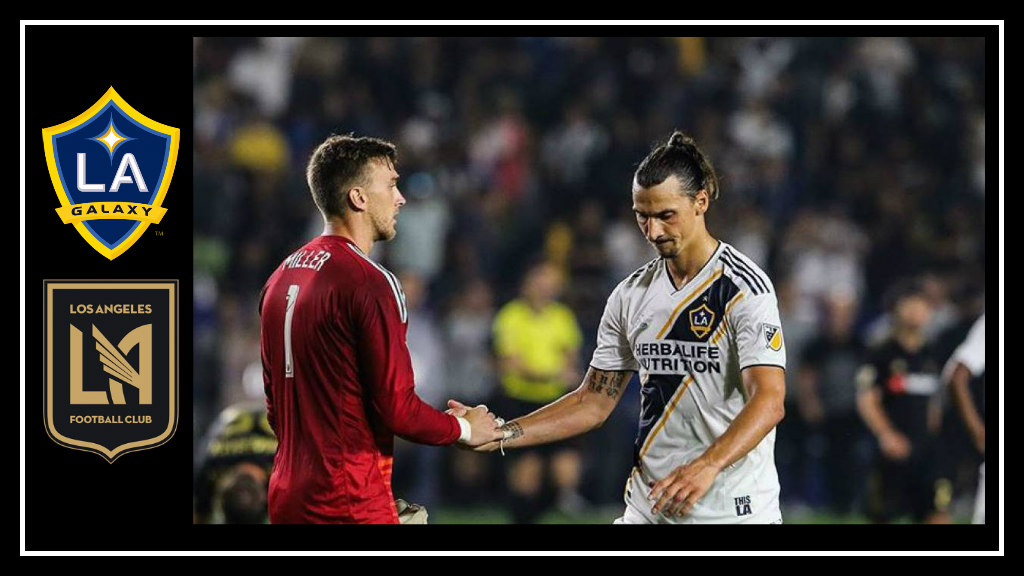 Los Angeles Football Club drew their second of three matches this season against the Los Angeles Galaxy, drawing 1-1 to their LA neighbors at the StubHub Center. Zlatan Ibrahimovic and Carlos Vela scored both goals of the night.

LAFC started the third edition of El Trafico in a tense twenty minutes, as Danilo Silva most notably started alongside Walker Zimmerman in defense in lieu of Laurent Ciman. The pair hadn’t played alongside each other since June but seemed to mesh well. However, Silva was quick to grab his hamstring just a few seconds into the match, showing signs of an apparent injury. Silva would push through until the 23rd minute when he was substituted out early for Dejan Jakovic.

Ciman was notably absent from the 18-man squad and not listed on the injury report. ESPN’s Taylor Twellman reported during the match that Ciman may have offers from elsewhere and was not deemed to be focused enough to play.

The home side would draw first in the 16th minute when Zlatan’s shot rolled over the line before LAFC could clear it out. It appeared Silva cleared it out. VAR confirmed this and awarded the Galaxy the goal after the play was reviewed.

Tyler Miller constantly found himself in a 1v1 situation against Zlatan and did well to prevent the Swede from earning his 500th career goal.

The black-and-gold leveled early the second half in the 50th minute, when Diego Rossi found Vela in the left side of the box. Perry Kitchen clipped Vela inside the box, and gave LAFC the chance to equalize with a penalty. Vela converted the penalty and got LAFC back on track.

The remainder of the half proved to be frustrating for both sides, as they created multiple opportunities but failed to capitalize. Shortly after the penalty, Eduard Atuesta found Benny Feilhaber and Feilhaber decided to try to go around Bingham, instead of scoring head on in a 1v1 situation. This would cost Feilhaber as Bradley subbed him out for André Horta soon after.

Although LAFC had periods where they seemed to dominate possession and get more dangerous chances, the whistle blew before LAFC could put one more goal in the back of the net, concluding the third edition in yet, another draw.

LAFC will continue their run on the road when they travel to BMO Field to face Toronto FC on Saturday, September 1.