LAFC sets sights on playoffs ahead of road match in Chicago 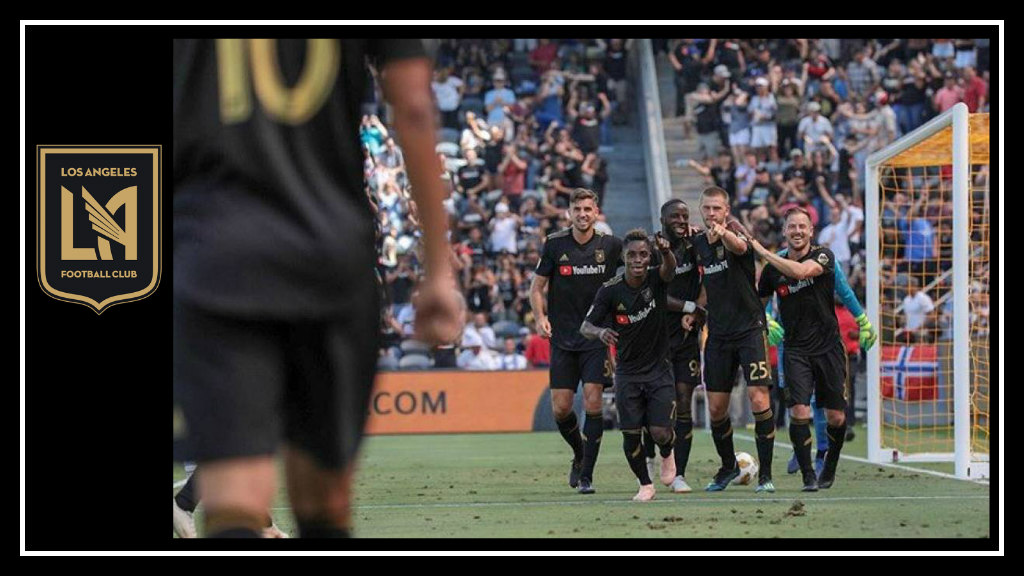 The Los Angeles Football Club may still be sitting in third place following FC Dallas’ win this past weekend, but the black-and-gold remains in good faith as they look to secure a spot in their first-ever playoffs – following a 2-0 victory over the San Jose Earthquakes.

Although the match against the Earthquakes had a low-performance attacking-wise, it displayed the importance of set pieces and saw the return of Adama Diomande. Including a strong-willed Walker Zimmerman scored a pair of headers, a first in his MLS career. Regardless, the win will prove to be beneficial as the black-and-gold moves forward.

“We built this club not to be content with 3rd place… This club is here to win championships.”

During the press conference on Wednesday evening, Tyler Miller expressed the team’s mentality as being determined and uses their absence from the Lamar Hunt Open Cup Championship as motivation – moving forward for the final stretch:

“I think everyone’s done a great job. Moving forward we five really important games that could set up a nice situation for us getting a first-round bye in the playoffs,” Miller stated.

According to LAFC’s Digital Content Manager Vince La Rosa, LAFC can clinch a playoff spot by taking all three points in their upcoming pair of road matches in Chicago and Colorado, regardless of what Vancouver does. In addition to, possibly earning themselves a first-round bye.

Additionally, those six points would also bring “LAFC level for the highest points total” by an expansion team in its inaugural season – the Chicago Fire currently holds that record with 56 points in 2017.

La Rosa had previously reported that head coach Bob Bradley and the team discussed a goal of 60 points, and after the match against the Earthquakes, Bradley confirmed the goal.

With just five games left in the regular season with three on the road, I’m confident Bradley’s men can finish their 2018 campaign strong.