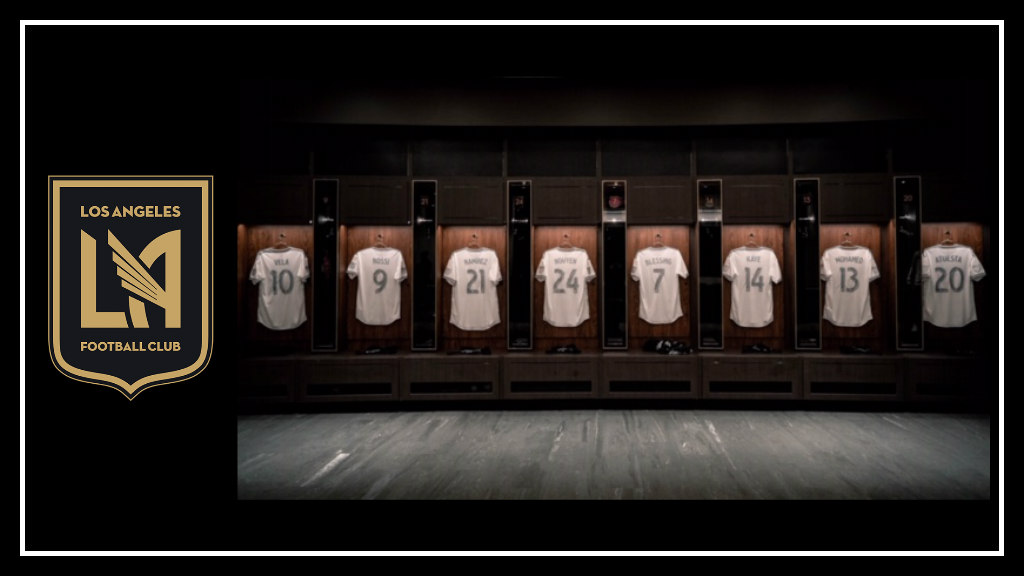 While sporting new threads, the Los Angeles Football Club wrapped up their 2019 preseason with a 1-0 win over the Vancouver Whitecaps on Saturday at Banc of California Stadium. Carlos Vela scored the lone goal of the evening.

Prior to kickoff, LAFC officially launched the new 2019 secondary kit. The clean white-and-grey kit made its debut on the field, and fans seemed pleased with this year’s design.

Inspired by the “materials and textures that make up the city of Los Angeles,” the new kit gives those urban vibes by featuring thin white stripes in gray hoops. But the pattern is inconsistent, with darker spots and sharp cuts in the pattern. Additionally, the new jock tag has the stylized wing featuring the slogan “Street X Street, Block X Block, One X One,” a nod to the mantra the club has used to build its fanbase.

With new kits in hand, season ticket holders were ready to watch their team finish preseason in a favorable fashion.

The match started off as expected as head coach Bob Bradley fielded a full-strength lineup. Including the trio of Mark-Anthony Kaye, Eduard Atuesta and Lee Nguyen, who collectively found ways to help each other move the ball up the pitch.

Carlos Vela scored the opener in the 13th minute, as Christian Ramirez – who was a constant source of pressure for the defense – sent a pass to Vela, who then dribbled upfield and finished calmly with his right foot to beat Zac MacMath.

There was a concerning sight shortly after the restart, as Vela picked up a knock and was forced to exit the match in the 52nd minute.

“It’s the knee; he was protecting the ball,and he sort of got hit a bit from the side,” Bradley told reporters. “He’s sore, and we just need to see how he looks tomorrow and get it looked at tomorrow.”

LAFC saw plenty of chances to double the score during the second half but failed to convert. Fortunately, the black and gold successfully kept their former assistant coach’s team from equalizing—ending in a 1-0 win.

Although scores don’t matter much during the preseason, Saturday’s performance provided a glimpse of what to expect ahead of the season opener against Sporting Kansas City on Sunday, March 3.