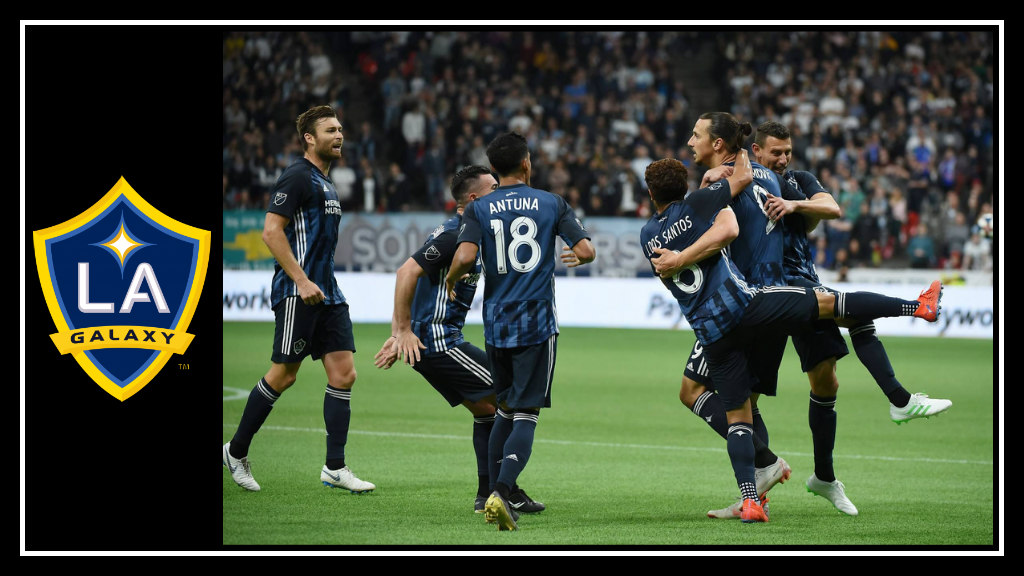 In front of a crowd of more than 22,000, the L.A. Galaxy won their fourth game of the season when they overpowered the Vancouver Whitecaps FC at BC Place. Zlatan made the decision not to play on turf last year due to a significant knee injury sustained in April 2017, but decided to take the risk this time and played the entire 90 minutes.

The first half of the game, both teams were out of sync and appeared to be unable to find their groove, struggling to keep possession of the ball and see it through to goal. In the second minute of the game, Jorgen Sjkelvic fouled Lass Bangoura in the box resulting in a disastrous panenka attempt by newcomer Ali Adnan. David Bingham easily kept the failed shot out of the net while the players and fans looked around in disbelief.

Center back Diego Polenta was out with a strained abductor leaving the Galaxy’s backline struggling to effectively work together. However, Bingham was a force to be reckoned with in the goal with 5 saves.

The Galaxy came back from half time with a renewed energy and quickly took control of the game. Zlatan got the ball in the net but it was called back for off side. In the 62nd minute Zlatan provided an assist to Daniel Steres who headed the ball in for the first goal of the game. It was his second goal of the season. Zlatan then scored his fourth goal of the season off an assist by Rolf Feltscher, a ball he was able to torpedo past Whitecaps keeper Maxime Crepeau.

Up next for the Galaxy is a home game against Philadelphia Union on Saturday, April 13 at 7:30 PM PST.

By The Real Soccer Mom