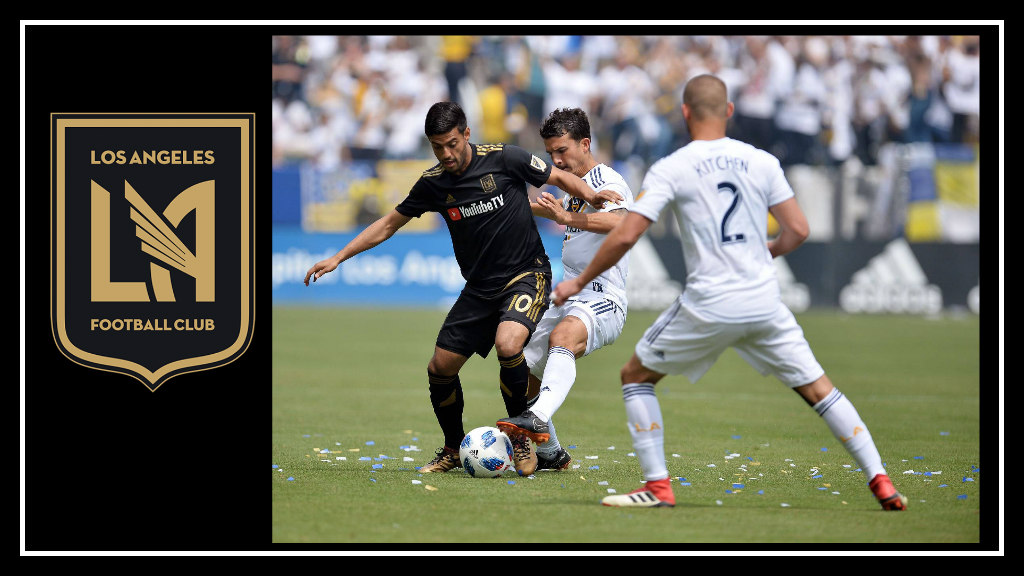 The highly anticipated fourth chapter of El Trafico is finally here and it’s time to blackout Carson once more!

Following a successful road trip in Houston, the Los Angeles Football Club will travel a grueling twelve miles (two hours by LA traffic) to visit the LA Galaxy – who are currently in third place – in search of their first win of the series.

Going into its second year of “El Trafico,” LAFC is currently 0-1-2. And the league leaders have proven to be a force to be reckoned with as they continue to cross out rivals off the list. With Carlos Vela and Zlatan back in lineup for their club, respectively. This is a match you won’t want to miss.

It seems all odds are in favor for the black-and-gold. However, Steven Beitashour and Jordan Harvey should still be on high alert of not only Zlatan but prevent Uriel Antuna; from getting close on the wings. Antuna had strong performances while with Mexico in the Gold Cup, including a hat trick against Cuba. But he still does not level up to Diego Rossi.

Although Bob Bradley has been testing the waters lately with a slightly altered rotation for each match, I predict he will field a full-strength roster. Hopefully, with Tristian Blackmon back in the center back position. And Mohammad El-Munir, Dejan Jaković, and Peter Lee-Vassell on the bench.

Eduard Atuesta will likely rejoin the roster after serving his yellow card suspension in Houston. And his presence could without a doubt be the match’s game-changer for the black-and-gold, especially as he pairs up with Mark-Anthony Kaye and Latif Blessing in the midfield.

No matter how you phrase it. It’s no secret, there is a deep-seeded rivalry between both clubs especially, with the fourth installment of “El Trafico” around the corner in its second year. To help get a deeper insight, I interviewed my colleague at MLSFemale and LA Galaxy reporter, Michelle Huitink.

Araceli Villanueva: It seems the Galaxy has been on a rocky roller coaster ride in their last few matches, recently falling to San Jose this past weekend, how are they expecting to turn things around for Friday’s rally?

Michelle Huitink: I think the Galaxy just needs some rest and have key players back in good shape. Antuna and Dos Santos had just returned from international duty. And Diego Polenta was suspended due to yellow card accumulation. Hopefully, Perry Kitchen and Sebastian Lletget can recover in time. The Galaxy knows how important this game is.

They weren’t necessarily outplayed when they were away in San Jose, and they won at home against Toronto FC, but this last match was worrisome. David Bingham came up huge with 13 saves. But I hope it exposed the defense weaknesses in time for them to tighten up and get it together to play against LAFC. The big problem seems to be lack of leadership and heart, so hopefully, morale and passion can be re-ignited so they’ll step it up for this Friday’s match.

AV: With Jonathan Dos Santos and Uriel Antuna back from international duty – should we expect the Galaxy’s roster to be at full strength or who could be potentially missing the match?

MH: Anything is possible. I don’t want to see Emmanuel Boateng start because, despite his hustle, he can’t get the cross nor finish in front of the net. But if he does, I’d bring Efrain Alvarez in as a spark off the bench. Hopefully, we will have a full roster. As much as I’d like to see Dave Romney start – Jorgen Skjelvik is a guy you know you can count on in the backline for a match like this. Daniel Steres has earned his spot. He is consistent, can win 1v1 situations and is overall a great defender. And Giancarlo Gonzalez is also a key player; having had some wild defending in the past. Efrain Alvarez can be a real threat. Jonathan in the midfield is legit lethal as a playmaker and a goal scorer. I would like to see Antuna bring that Gold Cup action on the pitch Friday. The Galaxy doesn’t lack talent on paper. And we’ve seen that they can gel well as a team.

As much as I’d like to say it doesn’t matter who we play or because of the rivalry, regardless it’s important at this point in the season for the Galaxy to win. They’ve slipped to 3rd place. So I feel like the fans have been let down and feel uneasy how the team is going to perform. The best START is for Galaxy to show up for El Traffico like they mean it.

AV: What is your take on the Zlatan yellow card controversy and MLS’ odd explanation for it?

MH: There just needs to be consistency across MLS. Apparently, the yellow against him for the [Sean] Johnson incident doesn’t count. It is what it is. Besides I’d like to think LAFC would want to face a full roster – whatever the case.

AV: Friday marks the fourth meeting between both rivals. Now in its second year, are fans more hyped for the rivalry? And what additional precautions have the club made for Dignity Park?

MH: There’s definitely going to be heightened awareness and security. They have made it so that there’s no [general admission]. Everyone has an assigned seat. Fans are definitely hyped. For a Friday, I know many are still planning to tailgate, most likely leaving work early. There’s always a concern for hooliganism.

Bonus question: What is your score prediction?

MH: 2-1. My score prediction is LA Galaxy win but by one goal. If the Galaxy can score early, I think there’s going to be quite the struggle. I don’t really see based on the Galaxy’s past matches that they can keep LAFC from scoring. The club can get shots, it’s the finish that they’ll have to nail. David Bingham should be on top of his game.