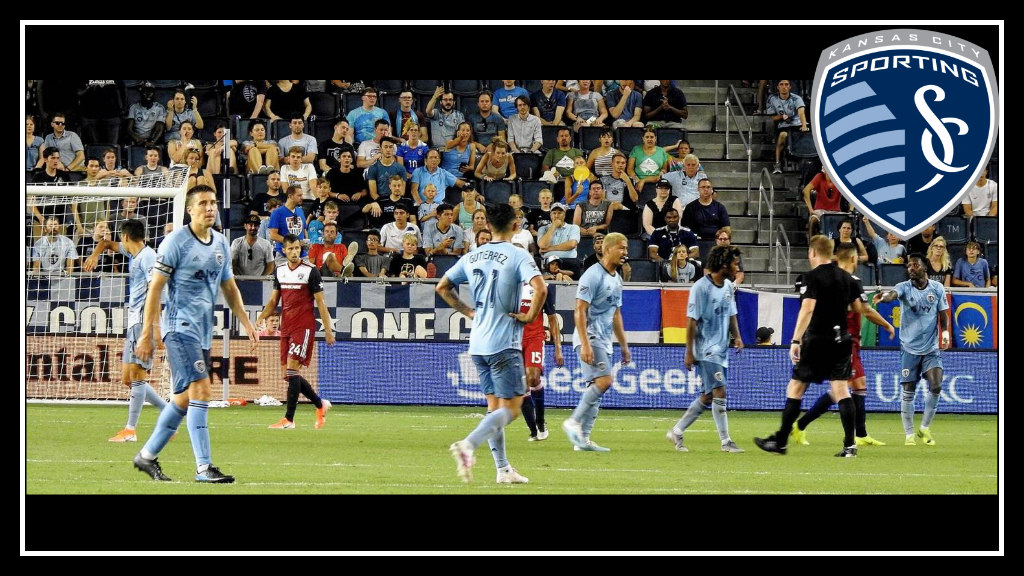 A revived Sporting Kansas City proved they have what it takes, despite snapping their first two-game winning streak in a 2-0 loss against FC Dallas on Saturday night at Children’s Mercy Park.

On a smothering 98 degree evening, missing Ilie due to yellow card accumulation – a full strength roster kicked off strong with Gerso Fernandes, Gianluca Busio, Yohan Croizet, and Seth Sinovic constantly attacking Dallas’ side but could not capitalize on any chances.

Dallas would capitalize on a costly Sporting giveaway shortly thereafter, as Michael Barrios intercepted a stray back pass and squared low for Dominique Badji who got the opening goal in the 37th minute.

The hosts threatened near the half-hour mark when Graham Zusi whipped a teasing free kick into a crowded penalty area, but Seth Sinovic’s snap header skipped wide of the target.

Shortly after Croziet received a yellow after catching Ziegler from behind and a short hydration break; Felipe Gutierrez spread it right to Johnny Russell, whose low drive was blocked behind for a corner kick. The Scottish foward’s ensuing corner kick was nodded wide by a leaping Barath.

Like his teammate, Gutierrez picked up a caution in the 43th minute and will miss the match next Friday due to yellow card accumulation.

Dallas moved forward to double the lead, but Tim Melia punched away Santiago Mosquera’s strike leading the game into the half.

Shortly after the restart, Croziet’s right footed shot from outside the box went high and wide to the left; before he was substituted out for Krisztian Nemeth in the 55th minute.

Two minutes later, Mosquera sent a through ball to 18-year-old Jesus Ferreira who moved around Matt Belser and Botond Barath, then slotted past Melia at close range to double the advantage for the visitors in the 57th minute.

Now trailing by two – the home side got a much needed boost of energy when Roger Espinoza entered to a standing ovation in the 65th minute. This marked his first match since April 14th, having missed the last three months due to a knee injury.

Less than a minute after his introduction, Zusi’s service inside the box to the far post was headed just wide and into the side netting by Sinovic.

Daniel Salloi and Krisztian Nemeth both threatened to put Sporting KC on the scoresheet. But Salloi’s drive was blocked behind for a corner kick and Nemeth’s effort was tipped over the bar by Jesse Gonzalez – ending the match in a devastating loss.

For all their possession, Sporting KC failed to register a shot on target until the 88th minute, with 10 off target and six blocked. And they still remain in 10th place with 25 points.

In hindsight, the result is a bump in the road for the home team that is finally finding their footing again and getting players back from the injury list at the right time. The only question that remains is: what will it take to get back above the line?

Sporting KC will have a chance to bounce back when the club visits New York City FC at Yankee Stadium in the Bronx on Friday, July 26.