Catching up with all of LAFC’s recent roster changes 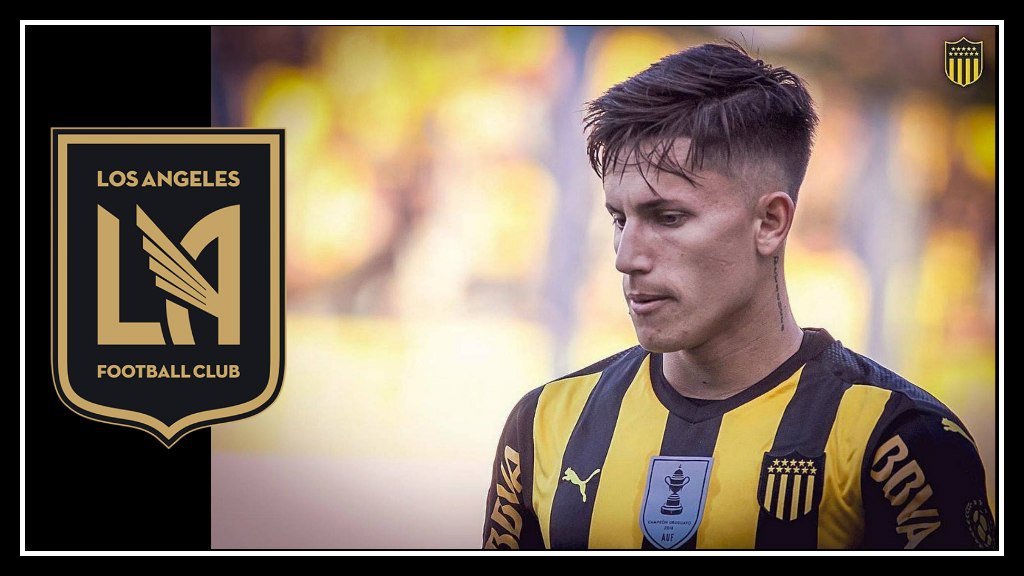 It has been a very busy few weeks for the Los Angeles Football Club as the MLS secondary transfer window officially closed last night. The club wasted no time in making some serious roster moves with unanswered rumors still floating around.

The first roster move came as Shaft Brewer Jr. and the club mutually agreed to part ways on July 28.

Brewer Jr., 19, was initially acquired by LAFC in March of 2018, in a trade with FC Dallas. He would go on to make four appearances, with one start for the black-and-gold, the loss against the Vancouver Whitecaps.

Shaft spent most of his time on loan with USL side, Phoenix Rising FC. During preseason, it looked like he would take on more of a role with the senior team but never broke through.

LAFC secured defender Eddie Segura from Colombian side Atletico Huila on a permanent basis following a six-month loan. He is on a multi-year deal.

Segura has proven to be a great defensive fixture for the club; as he remains only one of three players on the roster to appear in every game across all competitions in 2019. Partnered with Walker Zimmerman, Segura is also the only new starter to the roster this season.

This is very exciting news as the 22-year-old continues to develop and looks to be a foundational piece for the club moving forward.

Latif Blessing is staying in LA. Earlier this week, the 22-year-old attacker signed a new multi-year contract extension until 2022.

Similar to Segura, Blessing is also one of three LAFC players that has seen action in every contest across all competitions this season and has been vital to the midfield. In his second campaign with the black-and-gold, Blessing has logged in 23 appearances, with 19 starts, tallying three goals and five assists in 1,792 minutes.

“I know I speak for fans and staff alike that Latif has won everyone over with his infectious energy play, and he is well-deserving of his new contract,” said EVP & general manager John Thorrington in a team statement. “His game continues to grow, and we know he will play an integral part in the club’s success on and off the field moving forward.”

It’s no secret there was some doubt surrounding Blessing after he posted a few cryptic messages. Hopefully, this new deal will satisfy him and the fans.

According to the official statement from LAFC:

“The club acquired $250,000 in Allocation Money ($175,000 in General Allocation Money and $75,000 in Targeted Allocation Money) from the Houston Dynamo in exchange for the forward. Additionally, the club could receive $75,000 in GAM if Ramirez meets certain performance metrics with the Dynamo. LAFC also retains considerations for a percentage of future sell-on fees for Ramirez.”

The 28-year-old logged in 16 starts making a total of 24 appearances during his tenure with the club – recording six goals and two assists.

It’s a shame to see a promising player like Ramirez be released. He is a very hard-working player and was a great answer when Diomande was out with an injury, however, he missed huge scoring opportunities earlier this season.

After much speculation and several hints given – thank you Embassy of Uruguay – Brian Rodriguez is officially black-and-gold.

In a record-breaking sale of $11.5 million, Rodriguez is the third most expensive signing in MLS history.

The club agreed to terms with forward Brian Rodriguez as a Young Designated Player. Rodriquez arrives from Club Atlético Peñarol of Uruguay’s Primera División and will be added to LAFC’s roster “pending receipt of his International Transfer Certificate (ITC) and P1 Visa.”

LAFC’s digital manager, Vince La Rosa described Rodriguez as a “willing presser,” “playmaker” and someone who is very energetic on the ball containing the ability to play off with either foot – making it very difficult for defenders to catch him.

In addition to acquiring Rodriguez, LAFC confirmed they have entered a significant partnership with Peñarol. Including, an exhibition match between the teams in 2020, and an exchange of coaching, academy and player resources.

Diego joins LAFC from SD Aucas of Primera Categoría Serie A in Ecuador after spending the 2018 season on loan to Willem II of the Eredivisie, the top league in Holland.

“Diego is an impressive young player who has drawn interest from some of the top clubs in the world,” LAFC EVP & General Manager John Thorrington said. “We are excited that Diego has chosen to come to Los Angeles to develop and grow in the next stage of his career.”

If Palacios is match ready in time, we could see him as a potential substitution for Jordan Harvey with Mohamed El-Munir still out on injury.

“Diego is a young, talented left back and we’re really excited because we think he’s another player that fits well with everything we try to do,” said LAFC head coach Bob Bradley.

So far, so good. Rossi is staying in Los Angeles. Reports have surfaced that Italian side Fiorentina is pushing hard for the 21-year-old attacker offering around $16.8 million.

Rossi is a very significant player for the black-and-gold. He is currently fourth in the league with 13 goals and second for 35 shots on goal. In addition to five assists and 1971 minutes, thus far.

What do you think about these roster changes?