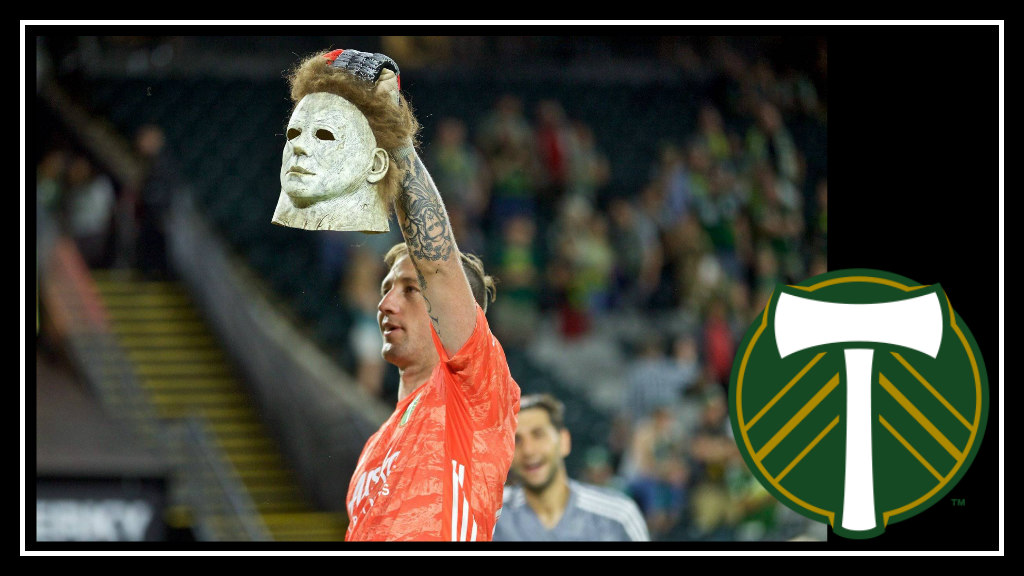 Sitting above the playoffs line in seventh place with 43 points, the Portland Timbers continue the battle of the west. Despite falling to D.C. United this past weekend; Steve Clark is turning Providence Park into the House of Horrors.

Timbers’ veteran goalkeeper Jeff Attinella was sidelined due to a season-ending injury this July. And Clark has stepped up in a big by posting 1710 minutes, five shutouts, 66 saves, and currently holds a 79.5% save percentage, thus far.

Prior to assuming starting goalkeeper duties, Clark was included in the starting lineup for five of fifteen league matches and appeared in the 2019 campaign of the Lamar Hunt U.S. Open Cup.

The Mason, Michigan native is no stranger to the shuffle. On August 17, 2018, the five-year MLS veteran was waived by D.C. United while in the midst of his second season with the club. Following the Timbers’ announcement that they had picked up the veteran keeper on waivers – he went on to start eight games for the 2018 campaign.

His quick reflexes have kept the Timbers out of dangerous situations. And Clark is having a little fun with it – occasionally wearing a Michael Myers mask from the classic slasher franchise Halloween; during the Timbers’ traditional slab celebration ceremony to celebrate shutout.

“Providence Park is going to be a house of horrors this summer,” Clark said during the July 28 postgame conference. “It’s going to be a tough place to come. That’s kind of what I’m saying. This is a bunch of monsters out here.”

Fellow teammate Sebastian Blanco is joining in the fun donning a Chucky mask from cult classic Child’s Play. The Argentinian midfielder began the tradition in May of 2018 to celebrate his game-winning goal against the Seattle Sounders.

Outside of the MLS, Clark has played for Hønefoss BK and AC Horsens, respectively – crediting these experiences for his development as a player, even encouraging players to “move abroad and challenge themselves.”

With playoffs starting in a few weeks, its hard to ignore that Clark was once a three-year starter for Columbus Crew SC from 2014-16, where the 33-year-old keeper ironically played against his current club during the 2015 MLS Cup; losing 2-1. Fast forward to now, Steve said of his time in Columbus:

“My time in Columbus was a long time ago now. But it was a good time for me as player. Now being with the Timbers – life has really come full circle and I’m really enjoying myself now. Portland is a beautiful place to live and a great club to play for.”

The Timbers will continue their search for the final playoff push in a midweek fixture when they host the New York Red Bulls on Wednesday, September 18.