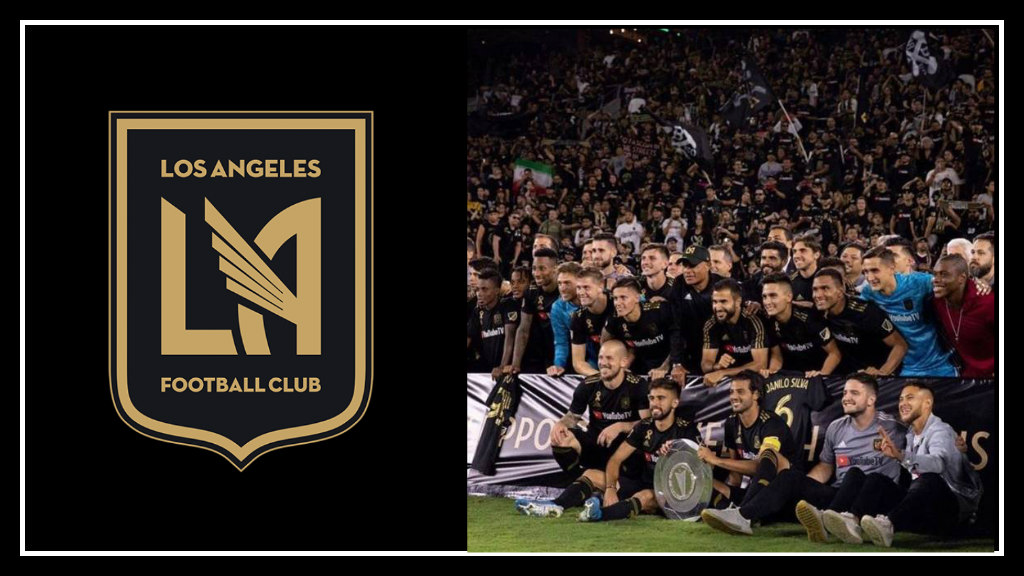 The Los Angeles Football Club clinched the 2019 Supporters’ Shield, making history as the team with the best record of the 2019 MLS season, with a 3-1 victory against the Houston Dynamo at the Banc.

Carlos Vela, Diego Rossi, and Eduard Atuesta delivered all three goals to secure the team’s first trophy; ensuring New York City FC, who kept their hopes alive in a win against Atlanta United earlier, cannot surpass the club by the end of the regular season.

Head Coach Bob Bradley fielded his usual lineup with a few changes that saw Tristian Blackmon and Mohamed El-Munir starting in place of Steven Beitashour and Jordan Harvey – the changes made a huge improvement in LAFC’s defense. There was also another strong showing of the DP trio (Vela, Rossi, Brian Rodriguez).

Dominating the game with 70.4% possession and having created two solid chances in the opening twelve minutes, the Black & Gold set the tone of the match.

In the 23rd minute, Rodriguez took a touch off a cross from Blackmon and was taken down near the penalty spot; awarding a penalty to the home side.

The captain converted the penalty to give LAFC the lead. After scoring his 30th goal – Vela was on the cusp of tying the all-time season record. Although he did not achieve this last night, I think a nice piece of silverware made up the difference.

Houston immediately leveled the match after forcing an own goal by Tyler Miller just five minutes later. The ball slipped through traffic to El-Munir who slid to block it, but the ball then deflected off Miller and back into the net.

The drama continued as the club earned a chance to double the lead in the 31st minute after Houston’s Aijaz Struna clipped Lee Nguyen from behind near the box. Referee Ramy Touchan almost awarded a second penalty but the decision was changed to a free kick after a quick VAR review.

Vela’s left footed shot hit the underside of the bar and bounced out; LAFC and the Dynamo fought for the live ball with it ultimately falling to Segura. Unfortunately, his rebound missed just wide of the goal.

The Black & Gold continued to push forward, creating more scoring opportunities. Rodriguez received the final play before the whistle. But his missed attempt lead both sides into the half in a 1-1 stalemate.

LAFC used it’s first substitution of the night shortly after the restart as Mark-Anthony Kaye entered for a visibly disappointed Rodriguez who had only seen 57 minutes of playing time.

Rossi put the team back ahead in the 70th minute after the ball ricocheted off the crossbar and the young forward was there to head it in putting the score up 2-1.

Atuesta’s curler in the 83rd minute was the icing on the cake – securing all three points and the club’s first trophy, while simultaneously eliminating the Dynamo from playoff contention.

With two games left in the regular season, the road to the MLS Cup becomes clearer for the Black & Gold, as they will now have home field advantage throughout the playoffs.

LAFC will look to continue their good fortune when they travel to Allianz Field on Sunday, September 29 to face Minnesota United.

Until then, it’s time to celebrate!