BACK IN BLACK (AND GOLD)! 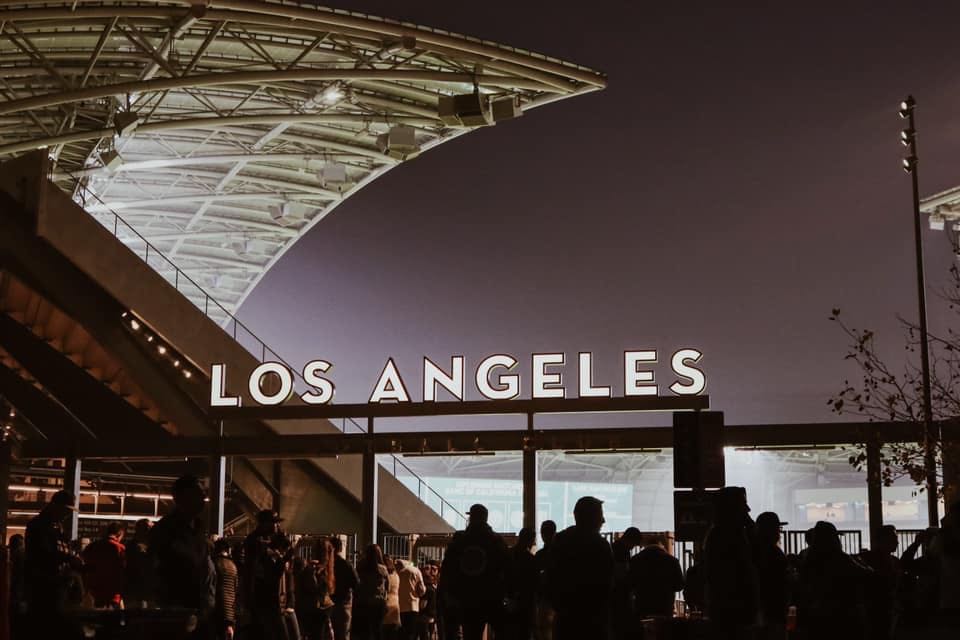 The boys are back!

The Los Angeles Football Club claimed their first victory of the new decade in a 2-0 win over Uruguayan side, Club Atlético Peñarol in a preseason friendly at the Banc of California Stadium in front of a sold-out crowd on Saturday, January 25.

Less than a week later, the Black-and-Gold defeated NYCFC 3-1 for their second preseason win. The match was closed to both the media and the public. Brian Rodriguez, Adrien Perez, and Jorge Gonzalez scored all three winning goals.

LAFC ended the week in a 2-2 draw against FC Dallas in a match split into 30-minute increments.

On Wednesday evening, the club claimed a 3-1 victory over Toronto FC for their final preseason scrimmage. Rodriguez opened the scoring with his third consecutive goal. Following an easy finish by captain Carlos Velo, 15-year-old Christian Torres sealed the win in the 81st minute.

Now the club will continue preparations for the first leg of the CCL against Club León on Tuesday, February 18 at Estadio León.

The Black-and-Gold kicked off preseason training earlier than most clubs on January 13 with some new faces on the roster.

Long-time MLS veteran Bradley Wright-Phillips, Christian Diaz, and Sam Silvera kicked off training as this year’s trialists. However, none of them appeared in the last three preseason matches.

Injuries. We hate them. And it looks like Adama Diomande is the latest to suffer after acquiring “a fracture to the fourth metatarsal” in his right foot.

“We’ll miss him at the beginning of the season but we’re confident this is an injury that will heal in a strong way,” Bradley said of Diomande’s injury. “He’ll be back and ready to contribute.”

With Diomande out and Mark-Anthony Kaye working back to full fitness – the numbers at training also took a hit with the departure of three players.

Paulo Pita, Jorge Gonzalez, and Younes Boudadi have all been released from LAFC preseason training. All three players were 2020 MLS SuperDraft picks. Their absence comes on the heels of defender Christian Diaz, from USL League One side Forward Madison FC, leaving camp after the first week.

Additionally, six players under contract were not with the squad during the first few weeks of preseason. Walker Zimmerman, Diego Rossi, Francisco Ginella, Eduard Atuesta, Eddie Segura, and José Cifuentes were away with their respective national teams. They are expected to rejoin camp fairly soon.

From his time in goal to his philanthropic efforts, Miller will always be part of LAFC’s history.

Vermeer’s signing makes him the fourth goalkeeper on the roster with Pablo Sisniega. Although newly drafted Pablo Pita and Phillip Emadju have yet to officially sign.

Having appeared in both preseason matches, Vermeer is solidifying his place as starting keeper for this season.

Moments before the Black-and-Gold took the pitch for their international friendly, the club announced the signing of 18-year-old midfielder, Bryce Duke, to a Homegrown Player contract. LAFC acquired his Homegrown rights from Real Salt Lake in exchange for $50,000 in 2021 General Allocation Money (GAM).

The club announced on Friday they have mutually agreed to part ways with Josh Pérez.

During his two seasons with LAFC, Pérez appeared in 15 regular-season games and one U.S. Open Cup contest, logging in four starts, one goal, and one assist in 482 minutes.

Fans were blindsided by a trade with Nashville SC as LAFC acquired up to $1.25 million in allocation money for the star center back.

Zimmerman was a fan favorite and will be greatly missed.

Where are thou Steven Beitashour?

Even though there has been no official statement from the club – it seems Steven Beitashour’s status remains to be unknown. But unfortunately, things are not looking too good as the club enters its third week of training without the veteran. Beitashour’s name has also been removed from the roster online.

With new secondary kits in hand and three preseason games already under our belt – it feels like we have picked up where we left off.