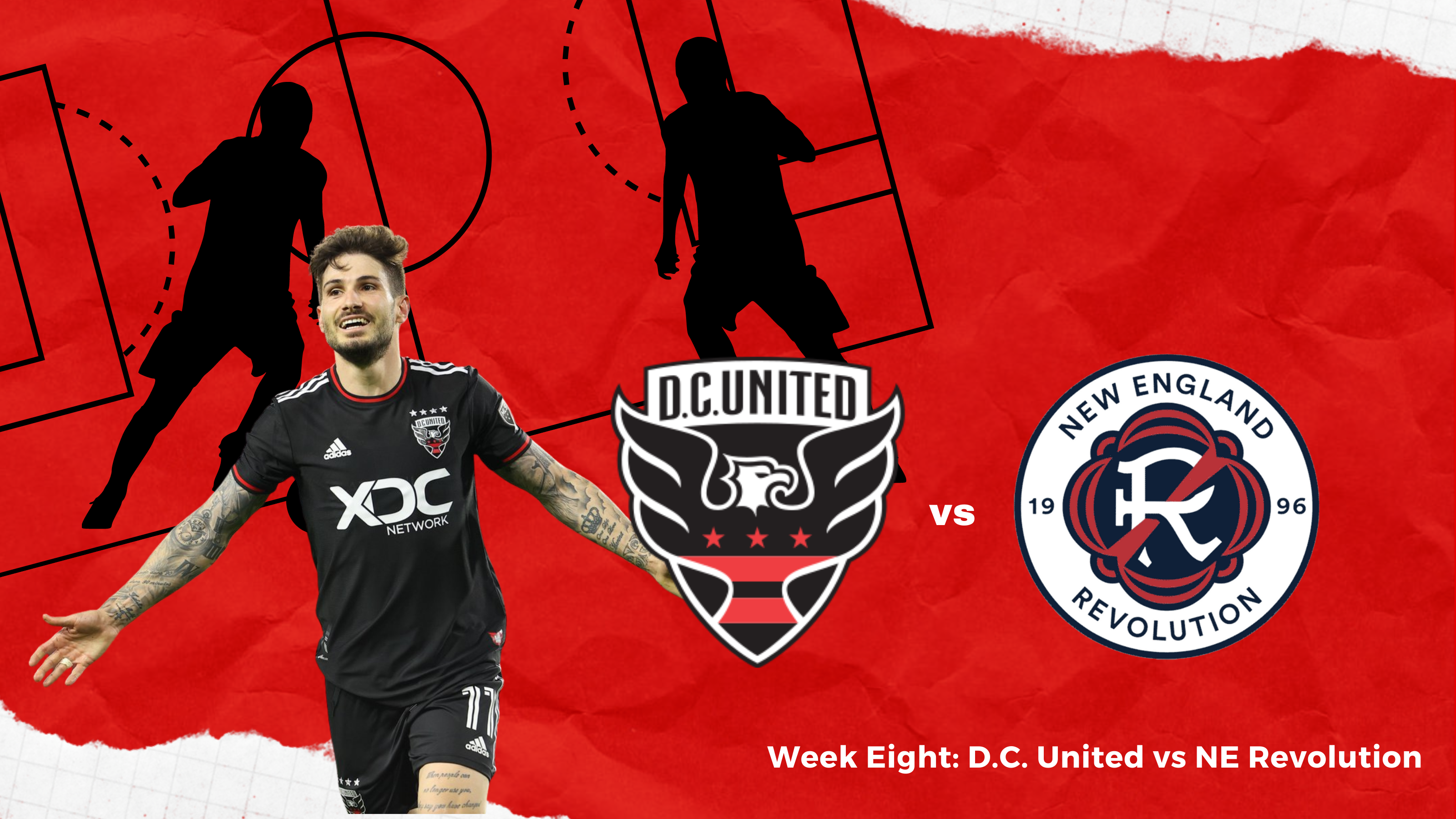 After a tumultuous week, D.C. United move forward with a 3-2 win over the New England Revolution. New signings Taxi Fountas and Michael Estrada led the way, putting D.C. ahead at the half and securing a lead New England couldn’t surmount.

A Solid Performance, A Solid Result

With interim head coach Chad Ashton at the helm and newly promoted assistant coach Fred Brillant back at Audi Field, D.C. United seeks to turn the page after the sacking of Hernàn Losada. This Saturday they began again with a match against the NE Revolution.

In the 6’ NE Revolution’s Brandon Bye got there first with a ball launched from the outside of the box and tucked it neatly in the lower left-hand corner of the net as Jon Kempin dove a moment too late. The early goal could have been devastating to morale, but D.C. United proved their resilience as the match progressed.

Chris Durkin brought the ball up the left side and lobbed a shot at Brad Knighton, only to have his attempt thwarted. Not to be left out of the fun, Edison Flores found Michael Estrada with an opening on the right side of Knighton’s net. While the shot was saved, it was a wake-up call to the Revs that D.C. was on the hunt for their first goal.

Long-awaited DP, Taxi Fountas, opened his account in the 26’, scoring his first goal in Black-and-Red. He slotted a well-placed cross from Julian Gressel, through traffic to find the back of New England’s net, making good on Durkin and Estrada’s attempts to find D.C. an equalizer.

Fountas, it turns out, can also manage an excellent assist. His cross found teammate Michael Estrada ready and waiting right in front of New England’s goal. Positioned dangerously, Estrada took advantage of the moment to score with a header in the 39’. D.C. could breathe a sigh of relief, at least for a few minutes,as they took the lead.

Durkin, displaying incredible instinct, found Fountas just on the edge of the box. Although the initial pass ricocheted off New England’s Matt Polster, Fountas was able to take control of the situation and outmaneuver the Rev’s defense to slip another shot past Knighton.

With D.C. up two at the half, the pressure was on New England to find at least enough for an equalizer. It would be a tall order that the visitors couldn’t fulfill, despite their best efforts.

In their determination to find another goal, New England got physical. Brendan Hines-Ike was downed in the 75’ and training staff were called onto the pitch. Henry Kessler finally found New England’s second of the game in the 86’ off a long-range free kick. Just a moment later his teammate Adam Buska was shown a yellow card after a hard knock to D.C.’s Kempin. Once again, training staff were called to attend to a player.

With eight brutal minutes of stoppage time added, there was still plenty of time for D.C. to be in danger. With the Black-and-Red’s lead reduced to one goal, the pressure would now be on the backline and Jon Kempin to maintain the advantage.

“The one thing we can always control is our effort and our intensity.”

The final whistle brought relief to the Black-and-Red side that had been through so much this past week. Julian Gressel spoke to the mindset that carried D.C. United through the match, saying, “The last couple of days, where we’re just, you know, talking about different types of games will be in, in different types of, you know, situations we might be in and, you know, we just talked about… being out there and, and giving it all you know, and I think the one thing we can always control is our effort and our intensity… it was the intensity and the fight and the grit and all that type of stuff that we said, we have to bring it tonight. And we did and ultimately, we grind out the game”