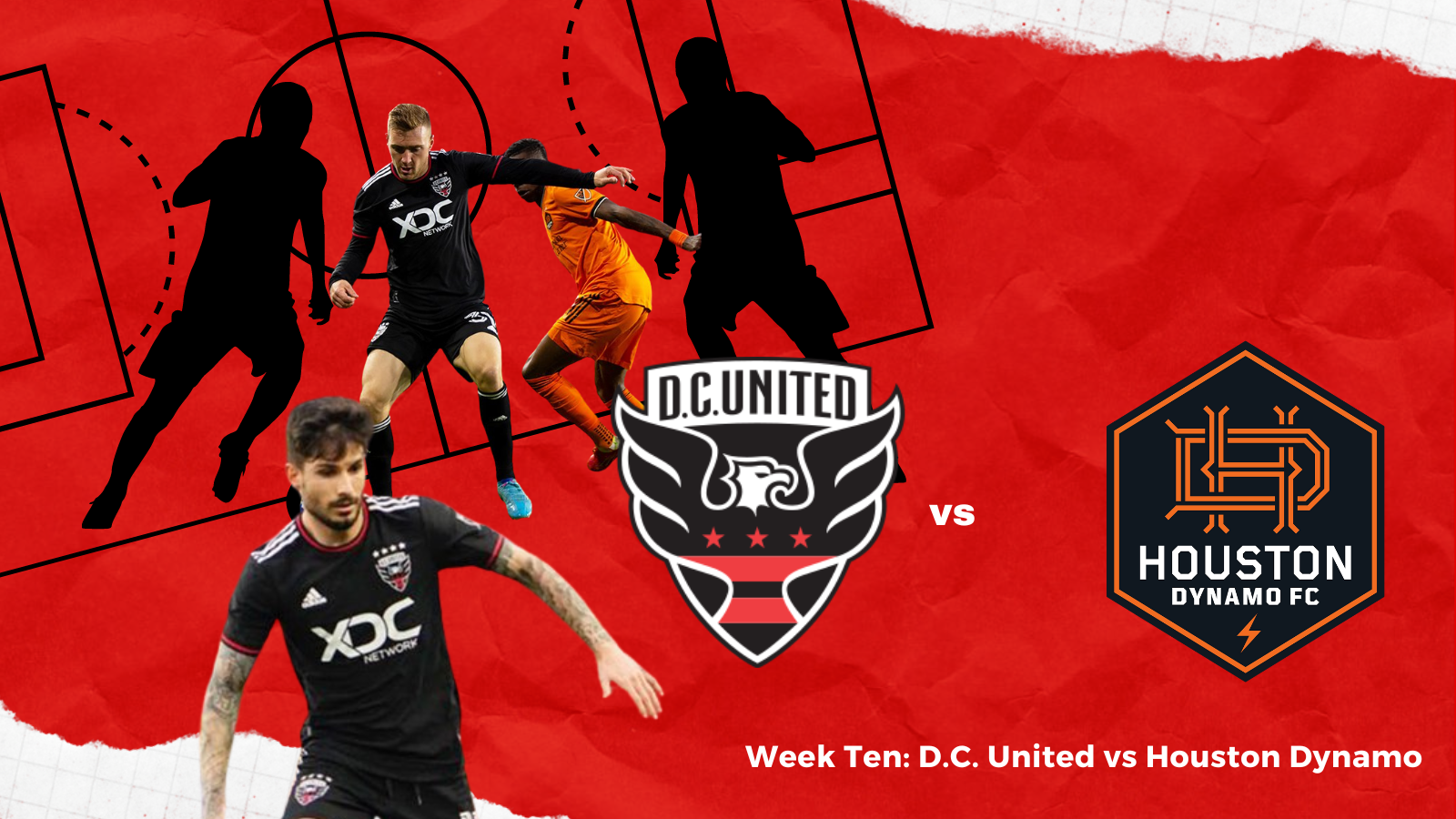 Despite a rough start to the season, you can’t hold D.C. down

Although the weather has the DMV underwater (in some areas, literally), D.C. United put in an effervescent performance at Audi Field, overcoming some of the pain points that have plagued them so far this season. Coming off a rough loss on the road in Columbus, the Black-and-Red have been lingering at the bottom of the table and certainly needed a chance to turn their luck around.

A strong start from the Black-and-Red highlighted the strength of the back line. In the opening minutes of the match, Donovan Pines’ deft tackle denied the Dynamo any forward movement and Julian Gressel followed up with a header, once again rebuffing the Dynamo and sending the ball back through the midfield.

While the Dynamo sought a path through the Black-and-Red’s stalwart backline, they struggled against D.C.’s quick(er) turnovers. Michael Estrada found an early chance through traffic, as did Taxi Fountas, testing Dynamo keeper Steve Clark early.

As the Dynamo made one of their few offensive runs in the first half, a chaotic moment caught Bill Hamid out of goal. He had just blocked an attempt by Houston on the right side and was drawn out a touch too far. Captain Steven Birnbaum stepped up to clear another Dynamo onslaught, posting up on the goal line in a nail-biter of a play.

D.C.’s early testing of the Dynamo’s defenses paid off, as Fountas found the back of the net in the 35’. Capitalizing on Julian Gressel’s prime service, Fountas was able to score during a set piece to put D.C. on the board first.

Not satisfied with a single-goal lead, Fountas went for the brace. Floating into the box and deftly surpassing Adam Lundqvist, he fired a shot into the upper right-hand corner of the net, far out of Clark’s reach.

In the waning minutes of the first half, Bill Hamid made a save in a chaotic throng of orange and black. Moments later he was limping. Blood could be seen staining his sock around his ankle, but the unshakable keeper played on to finish the first half of the match.

Although Hamid took the field after the break, he was quickly replaced by Rafa Romo out of caution. Coach Chad Ashton would later share that Hamid received several stitches at the half.

While the Dynamo emerged from the locker room with more pep in their step, they couldn’t overcome D.C.’s two-goal lead. It wasn’t for lack of trying. The second half of the match was littered with yellow cards as Houston sought a goal of their own.

Darwin Quintero, Matías Vera, and Tyler Pasher all tested the Black-and-Red’s backline but with no success. Romo and D.C.’s defense rallied to hold on to a clean sheet, thwarting each attack the Dynamo mounted.

Taking all three points and keeping a clean sheet, D.C. United received a definite boost that will come in handy as they take on the New York Red Bulls this Tuesday, May 10, at 7:30 pm ET in the next round of the Lamar Hunt Open Cup at Audi Field. The Black-and-Red will then hit the road, heading south to Fort Lauderdale for a match-up against Inter Miami CF on Saturday, May 14 at 8 pm ET.

“We’ll be there every time giving it our all and playing the way we play- with intensity, with grit and fight.”