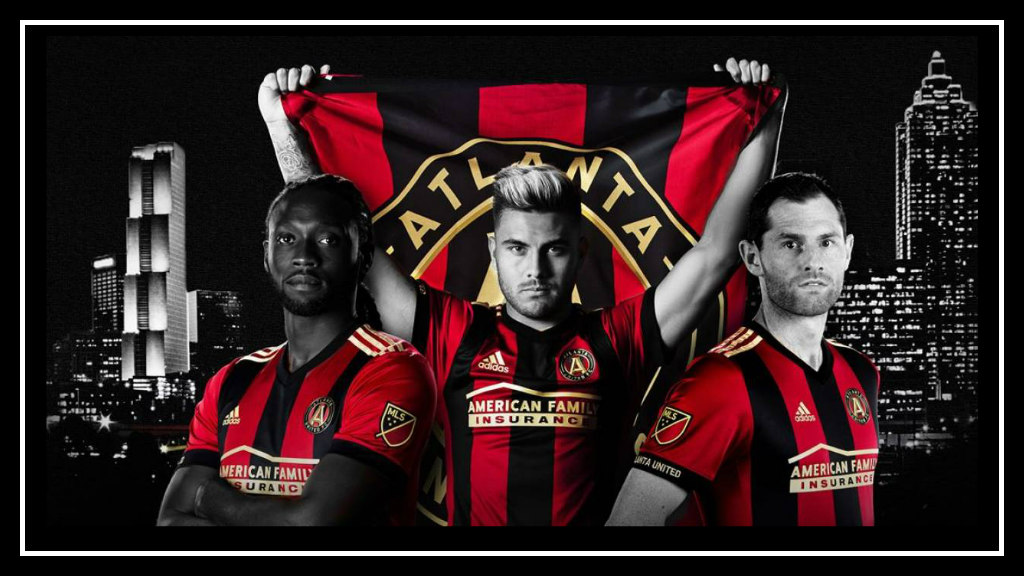 One week. We are ONE WEEK away from the first ever season opener for Atlanta United. I have been waiting for March 5, 2017 for over three years, when I heard some rumors about Arthur Blank bringing a team to ATL. I’m kind of in shock right now. My brain can’t process this.

So, instead of focusing on the first “real” game, I’m going to re-live the preseason games in two parts. First, the first EVER ATLUTD game in Chattanooga and then a recap of the week-long Carolina Challenge Cup in Charleston, SC.

We got to see all of the ATLUTD players together live and in person for the first time ever in Chattanooga, TN on February 11th when they played the NPSL side Chattanooga FC. The excitement before the game was incredible. As my dad and I drove the two hours up I-75, we talked about all of the players and how Tata Martino would make it all work.

When we arrived at Finley Stadium around 11am, the joint tailgate with Chattahooligans, Terminus Legion, and Resurgence was well under way. The Chattahooligans had an amazing brunch spread and one TL member brought his tailgate trailer and had an EPL game showing near the cornhole boards. Around 2pm, I heard some chatter about the ATLUTD team bus arriving, so I made my way across the street to see what I could see. Hundreds of fans with flags and drums were out in the street, chanting and singing while they waited to greet the bus.

I ran into ATLUTD club president Darren Eales in the midst of all this and even though I’ve talked to him dozens of times, I have to admit that this is when I started to freak out. While talking to Darren, it suddenly hit me that THIS IS HAPPENING. In an hour, we’ll see our team on the field. I may have started to get a little emotional.

Fortunately, before I actually started crying (with joy, of course), the bus arrived. The chanting got really loud when that bus door opened and the players started walking out. I heard in some of the post-game interviews that the players were really surprised and thrilled that so many fans showed up.

Nearly 12,500 people showed up for the game, and at least two-thirds of them were ATLUTD fans, most of whom drove up from the metro-Atlanta area. The noise when the team walked out of the locker room was insane. Nine minutes into the game, the first ever ATLUTD goal was scored by (my favorite) Tito Villalba. Later in the first half, Yamil Asad scored a beautiful goal he curled into the upper 90 of the net.

At the half, the ATLUTD staff gathered about 50 fans over to one of the corners of the stadium and handed out gold boxes that, as it turned out, had the team’s 2nd (away) jersey in it. Some were authentic and some were replicas, but they all had number 17 on the back, which was “given” to the fans this year. When the team walked out of the locker room at the half, they were wearing the away kits.

In the second half, we got to see nine new players (two of the starters were subbed off in the first half; the rest of the starters were subbed at the half) and two more goals; one from the newest DP, Josef Martinez, and the final goal from Atlanta’s first Homegrown Player, 16-year-old Andrew Carleton. The fact that he ran straight over to the fan section to celebrate was the moment of the game for many of the fans. The roar of the crowd for that goal was incredible.

After a 4-0 win, everyone went back home to Atlanta happy and if it’s even possible, even more eager for March 5th. Before that game, though, there were three more preseason games to play in Charleston, SC. Recaps of those games are coming up in Part II.