Getting The Job Done 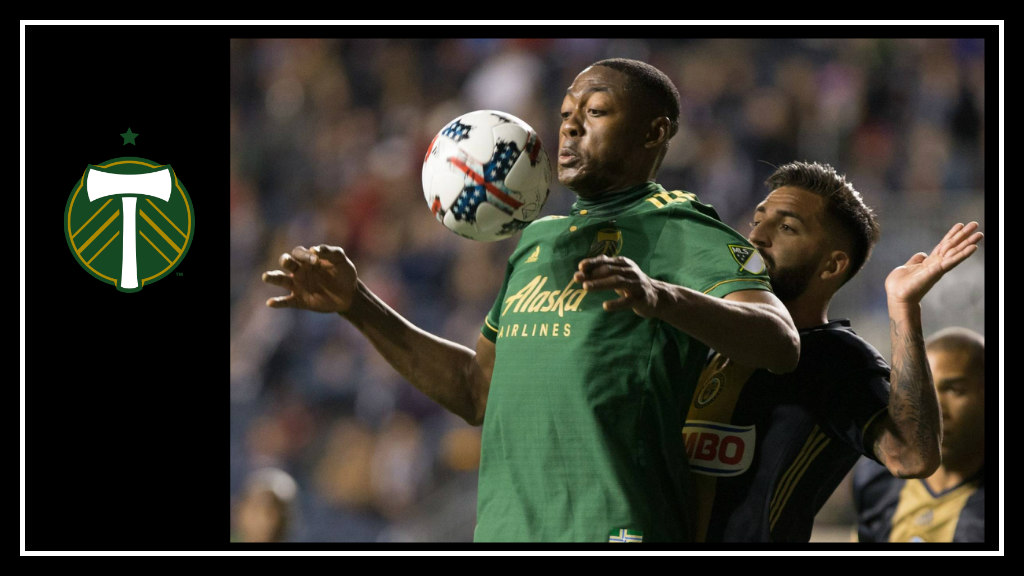 Another weekend away, another win. That makes two away wins so far this season, which is…let me check…yep, two more away wins than we had in all of 2016. Sure, this was against the hapless Philadelphia Union, but we played plenty of hapless teams away last year and didn’t manage to get the job done, so I’ll take it, thank you very much.

Our away support was more than up to the challenge as we once again sold out our entire away support allocation. East Coast Platoon represented the Timbers Army well:

The first third of the match was less than impressive. We looked sloppy on offense and even sloppier on defense. (Heck, I think even David Guzmán was giving away the ball, that’s how sloppy we were.) So it wasn’t surprising that this happened:

Richie Marquez put the ball away handily after the corner to put Philadelphia ahead in the 27th minute. You know who was on the back post for the Portland Timbers on that set piece? NOBODY. When you give away the ball on defense and don’t defend on set pieces, getting scored on is a fairly predictable outcome. I gritted my teeth and settled in for another potentially frustrating result against a team we really should be defeating; but unlike last week’s gathering dread, that frustrated feeling didn’t last long.

I’m not entirely sure how he found the space to thread the needle to put the ball into the left corner of the goal, but he did it beautifully.

Nagbe isn’t the most prolific scorer; in his seventh year with the Timbers, he has only scored 25 goals in 192 games.  But when he does score, it is quite often something better than ordinary. (Let’s remember, when Nagbe finally scored his first MLS goal in 2011, it looked like this.) This was my reaction when I watched him put it away on Saturday: 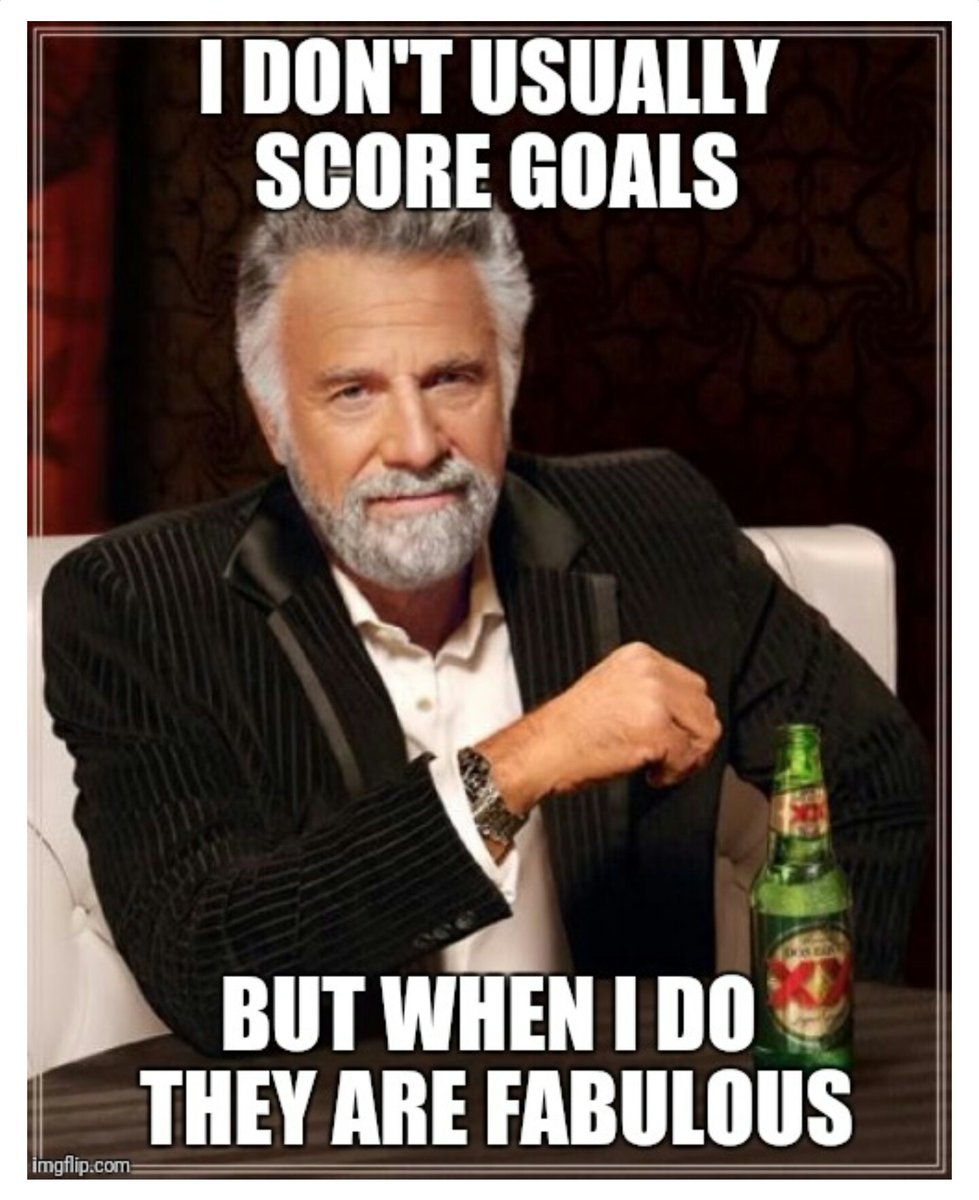 We went into the half at 1-1, and I was of two minds. On the one hand, we were clearly the better team on the field, and had the firepower to be able to put the game away if we came out swinging. On the other hand, I was there last week when we did essentially the opposite. So when the second half came, I took a deep breath, prepared for the worst, and hoped for the best. (This last sentence pretty much describes me at the second half of every Timbers game, by the way.)

I was annoyed that Roy Miller was nowhere near the post when defending on Philadelphia’s set piece in the first half. So it was nice to see a bit of redemption in the second half when Miller headed the ball in to put us ahead:

Technically, the ball deflected from Miller to Marquez, so I guess you could say that Marquez scored on set pieces for both teams. But after careful research (read: “after bantering about it on twitter with a few friends,”) I decided that Miller should still get credit for the goal since it still looked to be on target after he headed it. Congratulations on your first MLS goal, Roy. Hopefully the second one comes a little faster.

And the hits just keep on coming for Fanendo Adi. After Darren Mattocks was taken down at the edge of the box, the referee pointed to the penalty spot and Adi put it away, high and center:

Adi’s development as a player has been a joy to watch. When he first came to us, he was a bit of a raw talent: he didn’t seem to know how to use his size to hold up the ball; his footwork wasn’t always the best; and he wound up drifting offside distressingly often. But as he has matured as a player, he has come into his own. He is learning to use his size to good advantage. His footwork has improved. And while he still gets offside a fair amount, his scoring pace is undeniable. The penalty kick in the Philadelphia game put Adi at 46 career goals with the Portland Timbers in 96 games, a healthy rate and one that has already put him atop the all-time scoring list for Timbers in all eras–MLS, USL, and NASL. Well done, Adi.

The Kids Are All Right

Meanwhile, can we talk about Marco Farfan? Once again, the 18-year-old homegrown player and Centennial High School senior got the start, this time while Vytautas Andriuškevičius was apparently deemed healthy enough to be on the bench for the game. Take a look at Farfan’s distribution on that left side: 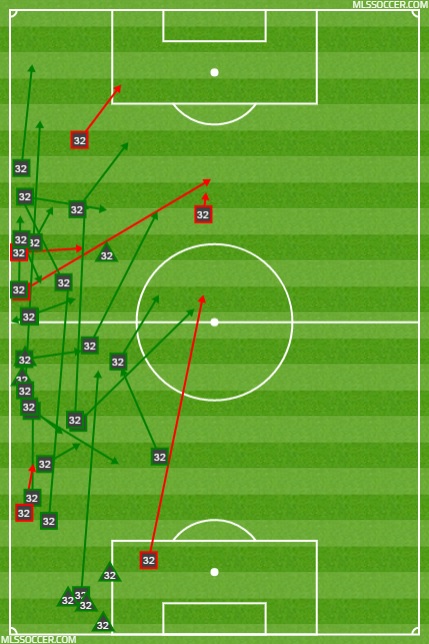 That, plus seven won tackles, is a fine day’s work for the young man. I love Vytas, but if Marco keeps putting up numbers like these, he is going to make Caleb Porter‘s job delightfully difficult when it comes to choosing a starting left back.

Jake Gleeson had a couple of outstanding saves in this game. Well done, Jake. Hopefully you’ve gotten the yips out of your system; we’ll unfortunately need you to pull off more stellar saves like that while we sort out our Spinal Tap drummer situation at center back.

Subs: Well, everybody who wanted Porter to sub more/at all last weekend, congratulations. This weekend he used them all (arguably to good effect, given the foul that Mattocks drew) and then had to go down a man at the end to injury (also Darren Mattocks).

In addition to David Guzmán and Roy Miller, if you count Shaquille Jiménez, who is currently on loan to the Timbers USL squad, that would be four Saprissa players coming to Portland. Vamos, Ticos.

Congratulations on the away win, boys. Thank you for putting it away decisively. We look forward to seeing you back at home on Saturday v. Kansas City.