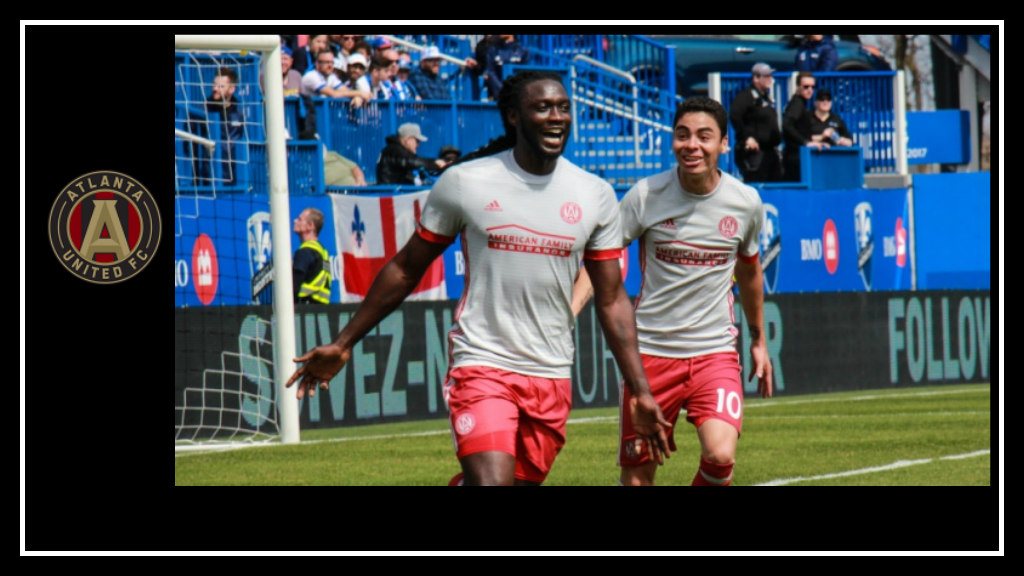 For our third road game in as many weeks, Atlanta United traveled back up to Canada to meet up with Montreal Impact. Everyone and their brother expected ATL to come out of this one with three points, but due to a couple of questionable calls – and maybe some fouls that weren’t called – ATL ended up with their second loss of the season. It was also the first loss that actually felt like a loss.

The first loss happened in week one, another 2-1 loss to the New York Red Bulls, but because it was the first game and the atmosphere was amazing, everyone was still smiling and laughing leaving the stadium. We may not have gotten any points out of that game, but we had a team and that trumped whatever the final result was.

This loss, though…this one hurt. All the indicators before the game said that ATL would come out of this one with a win. Montreal hadn’t won a game yet this season and early on in the week, their player Nacho Piatti was still questionable for Saturday’s game, but when the lineups came out around noon on Saturday, there he was.

The lineups also showed some changes for Atlanta. With Yamil Asad out on a red card, coach Tata Martino moved Miguel Almiron out to the left and brought in Kenwyne Jones up top for his first start. Ty Mears was a late scratch due to an ankle injury, so Mark Bloom got his first start at right back.

For Atlanta, the two top stories out of this game were Kenwyne’s first MLS goal and the (rather questionable) red card for Leandro Gonzalez Pirez, both of which happened late in the first half.

Carlos Carmona intercepted a Montreal goal kick at mid-field and passed to Tito Villalba, who got in a cross to Kenwyne for his first goal in MLS. It was a great shot that was perfectly executed and the celebration afterwards deserved five stars.

The celebration we’ve all been waiting for

The bigger story, though, was the red card to Pirez. The Argentinean defender has been nothing short of amazing in the first five games. In about the 45th minute, both Pirez and Montreal’s Matteo Mancosu were in the box, trying to recover a pass. Arms and legs were tangled and it ended with Mancosu on the ground, a penalty called, and a red card for Pirez. Below are a couple of different angles of the play. You judge for yourself.

I was okay with the pen earlier, but from this angle… that’s really just a well-done dive. Disgusting. #ATLUTD
https://t.co/UZ9khljjuS

And then there was this play where a foul was called, but only a yellow card was given to Montreal:

A) lovely touch by Almiron B) Yellow card to Cabrera #MTLvATL pic.twitter.com/OCMgDPUmLL

And for a full report on the fouls called (or not) during the game, skip to 7:12 in Simon Borg’s Instant Replay. At least Simon didn’t think it should be a red card. In a nutshell, ATLUTD got MLS’d this weekend. PROReferees have been inconsistent at best and that’s disturbing. But that’s a story for another day.

ATLUTD’s front office says it is their policy to not comment on whether they will appeal the red card, so we’ll just have to wait and see if Pirez is exonerated or not. *Fingers crossed*

The second goal for Montreal came in stoppage time of the second half and was maybe one of the weirdest “how the heck did that happen” goals I’ve seen yet.

Next week is the final away game in this stretch and it’s out to Salt Lake City to take on the new and improved Real Salt Lake under new coach Mike Petke and his famous sweater collection. (If you want some laughs, follow @PetkesSweater on Twitter) Here’s to hoping we can hand my former favorite coach his first loss next Saturday.

In other (happier) ATLUTD news, lots of other things have happened this week:

Called Up ⚽️🇺🇸@andrewcarleton7 & @chrisgoslin17 join U-17 MNT for FIFA WCQ