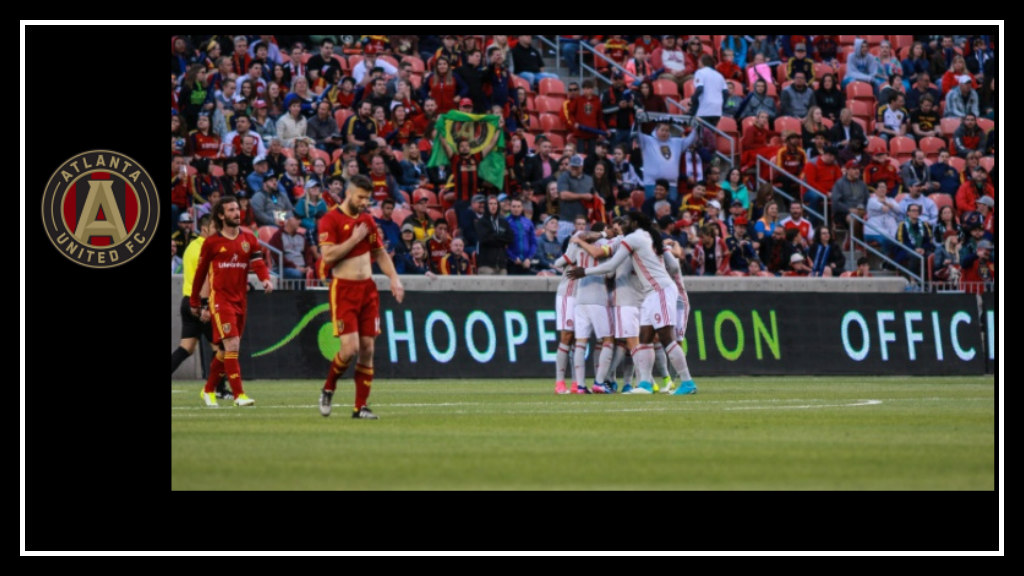 In their fourth road game in as many weeks, Atlanta United finally got the win we’ve all been waiting for in Salt Lake this weekend. They managed to get through an entire game with no red cards for either side (but a few yellows), and one of the teenagers scored his first MLS goal.

First things first, though: earlier this week, ATLUTD successfully appealed the red card given to Leandro Gonzalez Pirez in last week’s game with Montreal Impact (I did say it was questionable last week, and the independent panel agreed). We also got Yamil Asad back from his red card suspension and Tyrone Mears back from his ankle injury. Unfortunately, Josef Martinez is still out with his quad injury and there have been no comments on when he will be back yet.

ATLUTD trotted out yet another lineup this week at Rio Tinto. Kenwyne Jones was back for his second start, Asad was back in the left midfield, Miguel Almiron in center mid, with Carlos Carmona and Jeff Larentowicz behind him. Julian Gressel was on the bench, which was weird (he came in in the 78th minute for Tito Villalba). Also of note, rookies Brandon Vazquez and Miles Robinson were in the 18 for this game and brought in late, but more about Vazquez later.

The game got off to an awkward start for ATLUTD. Sloppy passing and bad giveaways were way too abundant in the first 20 minutes. Tito did manage to get a ball past Nick Rimando for ATL’s first goal in the 9th minute, though. Almiron tried first, but his shot was saved, then Tito followed up and Rimando saved it, but it bounced right back to Tito, who launched it into the back of the net.

Once the boys got their first goal, things started to fall into place a little easier. The first half ended with ATL up a goal on the hosts, and the second half saw Yamil Asad getting his second goal of the season in the 46th minute.

Real Salt Lake pulled to within one with a goal by Rusnak in the 69th minute.

While we managed to get out of this game with no red cards (on either side, for a change), ATL still managed to bring home four yellow cards with those three points. Carmona was shown a yellow in the first half for a hard tackle on Kyle Beckerman. In the second half, Greg Garza was shown yellow for a hard challenge and a few minutes later, Almiron was awarded a free kick from a hard challenge, missed his shot and got a yellow for wasting time on the corner kick. The final yellow was shown to goalie Alec Kann for wasting time as well – something ATL’s commentator Kevin Egan mentioned would probably happen early on in the game.

The big story of the night was 19-year-old Brandon Vazquez scoring his very first MLS goal three minutes into his professional debut for ATLUTD. And he made it look so effortless, too:

3 minutes is all he needed.

All in all, not the best performance from ATL – I think they played better last week, but Almiron made the MLS Team of the Week for the third time already this season, so that’s pretty good, right? I was quite sad to see that Leandro Gonzalez Pirez was yet again left off the Team of the Week. He’s been so amazing on the field so far and it’s rather disappointing that he’s not been recognized for that yet. My friends at Dirty South Soccer feel the same way:

Other notes from this week: