Giovinco’s On Fire vs Chicago Fire at BMO Field 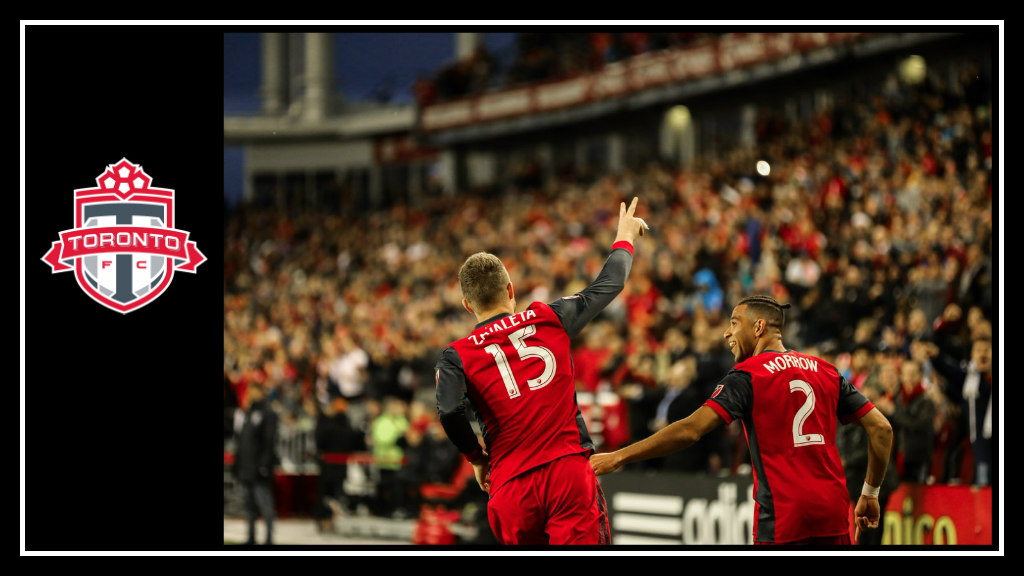 The city is in the throes of shaking off one playoff bid (RIP Toronto Maple Leafs (NHL), we came, we fought, we built something great for next year) while simultaneously preparing for round two of another (Let’s go Toronto Raptors! (NBA) and in the midst of the tumult, Toronto FC comfortably plays out a 3-1 win at home to Chicago Fire.

To begin with, I much prefer this dynamic of losing followed by winning to the weird limbo that had been drawing 90% of our games. Now that we lost one it feels a lot more like we are on a trajectory to start winning and keep winning. Sebastian Giovinco was back! The team played well as a unit, and as annoyed as I am to have muddied a clean sheet in the final minutes, the back line is doing very well under the directives of Nick Hagglund. It’s been said he’s doing his best Drew Moor impression. Not sure that Drew agrees and regardless I hope we have Drew back to full health ASAP.

While I have the stage, I would like to clear the air about some behaviour we saw at BMO Field on Friday night and no, it’s not what you’re thinking. In the Toronto FC supporters’ sections we have a song we refer to as “The Bounce” and technically speaking, the Bounce is used only in the case of a win. It’s considered bad luck to Bounce before a game, after a game, basically any time and we should most certainly not Bounce during a game that we haven’t beyond reasonable doubt already won. Well. On Friday we were, to say the least, a little bit excited to be witnessing our first win at home. So much so that we may have, some of us, against the advice of others, started bouncing around the 85th minute…or maybe the 88th…

What I’m trying to say is, I now feel personally responsible for conceding a goal in the 88th minute, superstitious as I am, and would like to take this opportunity to release a formal apology. We could have had a clean sheet but we were soaring above the clouds and we decided we were safe enough to Bounce. Lesson learned! Probably. So once again, to the team and to the fans who were wise enough to have avoided the Bounce, I am truly sorry.

As for some other behaviours in BMO Field that have taken centre stage in other articles, I think that addressing Giovinco’s outburst (for lack of a better word) and my reaction to it is beyond the scope of this article. Suffice it to say his actions of hitting over a metal barricade pillar (seriously what are these things called, when subbed could easily be used to overshadow our entire performance and that sucks but, as someone with a platform to talk about Toronto FC, I’m not going to do that here. Not in this article, anyway.

What Seba did do that’s worth talking about is score a world class free kick in addition to a fine goal to open up the scoring in this match. It certainly looks like we are back to Seba at his best and if coach Greg Vanney has cleared up any ill feelings after that game then it’s cleared up for me as well (source).

In other news something really adorable also happened at the game! Last week I mentioned that Vanney’s mother had passed away, but I neglected to make the connection that as Greg Vanney’s nephew, this also means that Eriq Zavaleta’s grandmother passed away. I’d like to once again express my condolences to the family. It was very lovely to see Zav score his first goal of the season and run over to Vanney to celebrate in honour of someone who I’m sure meant a lot to them. It shows great strength of character on both their parts that they remained focused and present for the team during such a difficult time. For that, I’ll give Zav my Man of the Match vote! Always solid at the back, nice to see him getting on the end of goals as well. Keep up the good work as always.

Apparently I snap my finger and players get minutes so let me be more specific this time: Can Jay Chapman please get a start for us sometime. I think if he had a chance he’d make the most out of it and I’m ready to watch another Canadian rise (newsflash: I’m always ready). Apart from that, I’m extremely happy with the result. There’s something daunting about a World Cup winner, here, in the MLS, trying to win another World Cup, but we kept our heads (for the most part) and we played at what was very nearly our best. It helps also that we had a Canadian in the starting XI, and Raheem Edwards was as dependable as always. I’d also like to welcome Marky Delgado back into the fold. He’s one of our young players I’m always excited about and it was great to see him back at BMO Field and putting in a shift.

Lastly, I’d like to take a moment to say goodbye to Mo Babouli who TFC put on waivers earlier this week (source). I think my feelings can best be described as “disappointed but not surprised” as it was never going to be easy for him to break into the first team given our depth. I wish him all the best in his future and it was a pleasure to watch him play.

Nevertheless, and for the record, this is just a phrase and does count as a Bounce, the Reds go marching on…

A solid defensive shift and a game-winning goal.