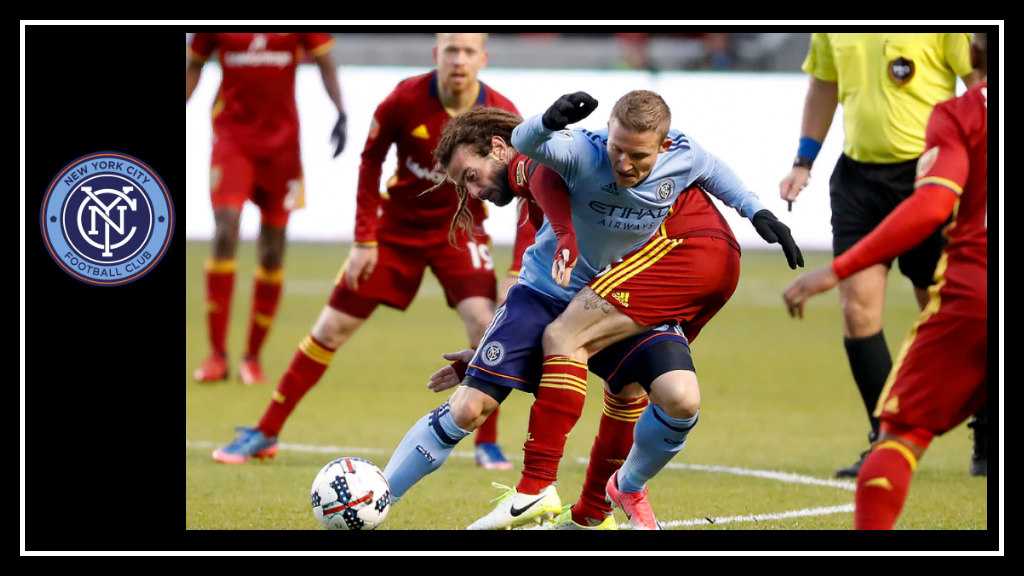 SEPIA FLASHBACK C.M.: Not to get ahead of myself, but I sense a road win for the boys in blue…

NARRATOR: She had gotten ahead of herself.

Let’s not sugarcoat it, gang. That was an unconscionably bad match!

For the second of New York City FC‘s three back-to-back away matches in one week, Patrick Vieira decided heavy rotation was the way to go. I’m all for rotation; it’s what keeps regular starters rested and fresh, and it lets the backup players shine. But for squad rotation to be an effective strategy — a strategy that produces wins — it helps to have a deep bench.

Instead, NYCFC’s lineup resembled a newborn deer trying to run on its wobbly legs. Andrea Pirlo, Maxi Moralez, Alex Ring and captain Tommy McNamara did their best to provide stability and structure, but it never quite came together. Even with Ugo Okoli‘s first MLS goal coming just three minutes in, the boys in blue couldn’t find their footing to keep up the pace.

Vieira did his best to mitigate the leaking ship after Real Salt Lake scored their second goal of the night and made a quick double substitution, letting David Villa and Jack Harrison off the bench and onto the pitch with their eyes on the goal. NYCFC looked markedly better in that final half hour with Villa and Harrison’s combined magic, but it was still too little, too late.

The result would be disappointing but unsurprising if it came from a team that soundly outplayed us, but ultimately Real Salt Lake weren’t even particularly strong. NYCFC just happened to be much worse. It made for a resolutely boring match that was frequently cringeworthy to watch. Between NYCFC’s defensive blunders (Maxime Chanot, you were sorely missed) and a solid performance from RSL’s veteran keeper, there was just no way we could come up from behind on this one.

To his credit, Vieira took responsibility for the thrashing NYCFC received almost immediately after the final whistle. He admitted flat out that his squad selection was off, and that he bears the blame for the loss. Disappointment in the result aside, I’ll take a manager who owns his mistakes and doesn’t throw his players under the bus any day of the week. Obviously the hope is that this was a learning opportunity for Vieira and the entire team — that player dynamics have become clearer, that it’s just as valuable to learn what doesn’t work as what does.

Of course, it wasn’t all bad. Here are a few good things to wash the bitter taste out of your mouth:

God only knows if we’ll see the fruits of such a painful labor this weekend against Orlando City. NYCFC has still never won there, so no pressure.

Since I clearly cursed this match last week, what if we try it the other way around this time? It’s worth a shot, right? In that case, I fully expect NYCFC to roll over and show their belly and lose 17-0. Wink.