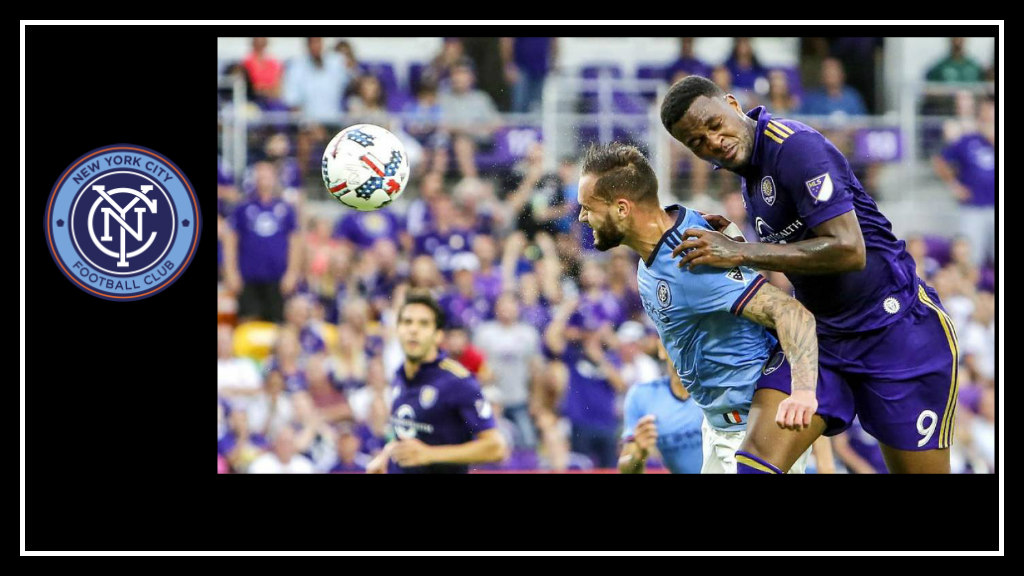 SEPIA FLASHBACK C.M.: I fully expect NYCFC to roll over and show their belly and lose 17-0. Wink.

NARRATOR: Finally, our intrepid heroine has learned from her mistakes.

Four years ago, New York City FC was officially announced as an expansion club. May 21st is, for all intents and purposes, NYCFC’s birthday — and what would be a better birthday gift than breaking the Orlando City SC curse?

That’s right, the sixth time’s the charm! Wins have always eluded the boys in blue when they make the trip down to Orlando — indeed, wins against Orlando City have eluded them in general this season alone, having already suffered two defeats. But finally, finally, they walked into that purple dungeon and came away with all three points.

Patrick Vieira continued to rotate his squad during this rash of away games, albeit a bit more cautiously than he did in the previous match. Maxime Chanot and Ben Sweat slotted in to bolster the defense, the usual attacking trident of Jack Harrison, David Villa and Rodney Wallace returned well rested and ready for action, and perhaps most excitingly, Mikey Lopez got his first start of the season to replace an injured Andrea Pirlo in midfield.

Mikey has been one of my favorite NYCFC players since his first match last season. I have a weakness for spritely, intelligent midfielders. Plus, his energy on and off the pitch is pure positivity. Mikey is fun. His injury and subsequent ankle surgery back in January were a huge blow for NYCFC. While he may not always feature regularly as a starter, Mikey is a mercenary in the midfield and we were all looking forward to having him around to help jump start the season. Now that he’s back, he’s providing exactly what I hoped: Frenetic energy, relentless pace, and quite a few risky slide tackles. (Hey, I’m not mad at those.) I’m so happy to have him back, and I know I’m not the only one.

David Villa opened the scoring early in the second half after a handball from Kaká drew a penalty for NYCFC. Orlando City never let off the gas and did their best to pull one back, but before half-time Rodney Wallace found himself on the scoring end of a truly glorious team goal. Jack Harrison laid off a beautiful pass to Ethan White, who delivered an inch-perfect cross straight across the face of goal for RodWal. It was a thing of beauty.

Orlando City had a chance to claw their way back in the second half with a penalty of their own, but it was never meant to be. Cyle Larin shot straight at the post, and to be frank, it felt like a bit of karmic justice for the three goals he’s already scored on us this season. Villa eventually wrapped it up with a lovely little one-on-one against the keeper, and that was that. NYCFC scored three goals and netted three crucial points. The curse has officially been lifted.

The match wasn’t NYCFC’s strongest for the full ninety minutes and Orlando City put up more than their fair share of a fight, yet we still managed to pull off the win. Sometimes I enjoy that more than a sound thumping of the opposing team. The loss against Real Salt Lake may have been a wake up call for the boys in blue to play with conviction again, and they delivered.

Here, have a few stray thoughts:

Next week there’s one last away game against Atlanta United! Full disclosure, this one may slip through the cracks as I’ll be on vacation, but if it turns out to be an interesting match I’ll do my best to catch some highlights.

In the meantime: Rest, boys. That was a grueling seven days.