Some of it was beautiful 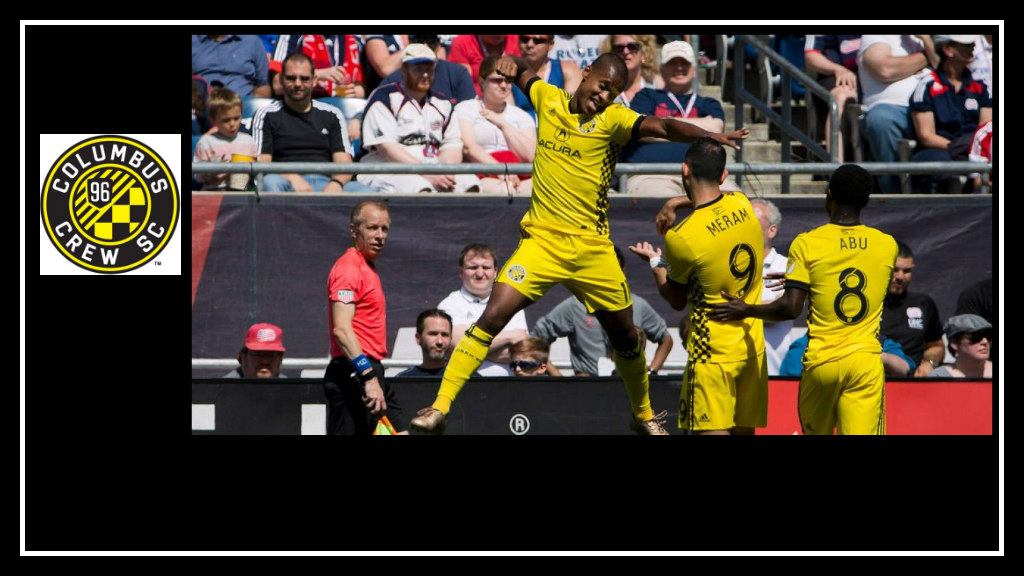 The first 20 minutes of the Columbus Crew SC match against the New England Revolution was a pretty fun game to watch.  Crew SC looked like they came into this game wide-awake with Higuaín getting a ball from Francis in the 1’ that he should have shot slightly more quickly but he instead found his few extra little touches resulted in a blocked shot.  In the 3’ minute, the Revs quickly attacked as Fegundez sent a ball across the field to a streaking Rowe.

Had the ball been a smidge slower or Rowe been a bit quicker, the Crew SC could have found themselves in a precarious position, however neither happened, and the ball harmlessly went out.  The back and forth continued slightly favoring Crew SC; when in the 4’ minute, Higuaín took another shot and Manneh hit the rebound for what looked like a goal, but Manneh was ruled offside.

Crew SC fans didn’t have to wait long for a goal though, and Crew SC did not take their foot off the gas pedal.  In the 20’, Wil Trapp sent a beautiful ball up the field to Ola Kamara who volleyed it from just outside the Revs eighteen into the top left corner of their net.  If this isn’t a candidate for Pass of the Week, Goal of the Week, and Columbus Crew SC Goal of the Year, then I’m not sure what should qualify.  I had a great feeling about this game.  I guess I shouldn’t have.

Diego Fagundez decided to give Crew SC fans a taste of the terror that Justin Meram reigned on Montreal last week by scoring a brace against Crew SC.  After a giveaway by Crew SC and some quick passing by the Revs, Fegundez scored in the 24’ and then again in the 34’.

The second half ended in a scoreless affair that I honestly had a hard time focusing on.  However, we seemed to lose the fast passing and movement that had given us an edge for most of the first half.  This resulted in the home team earning a 2-1 win over Crew SC and leaving Crew SC sitting at 6-6-1 for the season thus far.