A DAY FOR THE HISTORY BOOKS 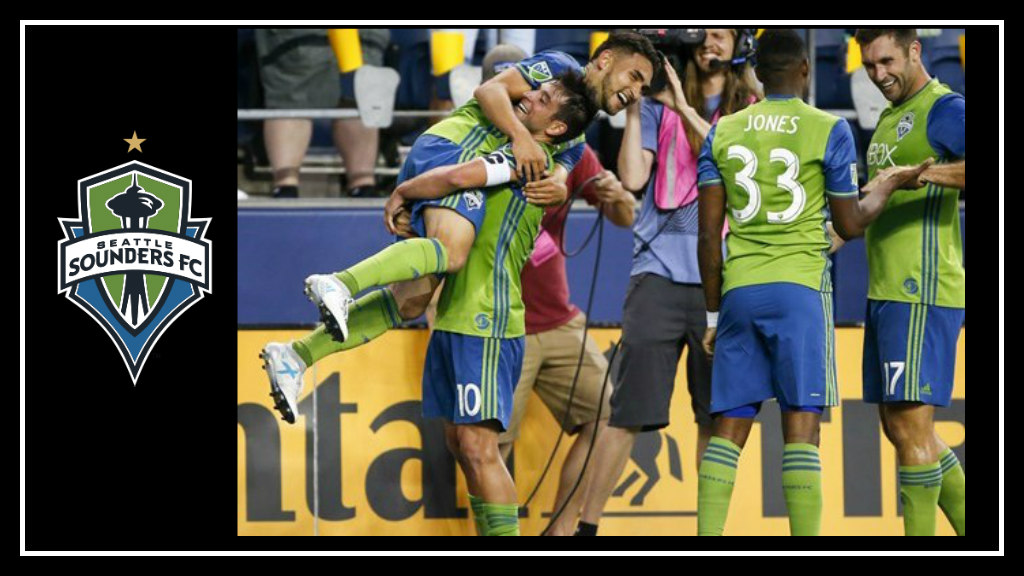 The Seattle Sounders played a historic game Wednesday night. The game started out less than ideally for Seattle, but in the end, the Sounders became the first team in MLS League history to overcome a 3-0 deficit v DC United and win in regulation. *this was also the first Sounders game I’ve been able to go to in over a year. Coincidentally, the last game I went to was a Sounders 2-0 win over DC United in DC last year.

The Sounders were missing Stefan Frei and Ozzie Alonso to injuries and Jordan Morris and Clint Dempsey, both on duty with the national team. They lined up as follows:

DC United scored in the 8th minute on a goal by DeShorn Brown, then again in the 27th minute. The Sounders were playing good soccer, but weren’t getting attacks off, and their defense and midfield had some weak spots dropping back.

Five minutes into the second half, DC United sunk the Sounders ship a little more and made it a three goal deficit. But, Will Bruin and the mighty Sounders fought back, and in the 51st minute, Bruin made it a 2 goal deficit.

This assist from Joevin Jones, are you kidding me?! 👀🙈 pic.twitter.com/R6QIGJO88O

Now CenturyLink Field was excited. Everyone knew that the Sounders could come back. 11 minutes later Brad Evans closed the gap a little bit more. Seattle still had 28 minutes to play and had all the momentum going.

Gustav Svensson picked a great time for his first MLS goal and tied it at three in the 74th minute. Just 4 minutes later, Cristian Roldan showed Bruce Arena and the USMNT exactly what they were missing and scored the Sounders 4th goal on the night and sunk DC United’s ship into the Puget Sound.

Here’s the finish from Svensson! Cool as you like. #SEAvDC pic.twitter.com/SCP0HLvLJb

Unfortunately, Seattle’s party was spoiled a little by Nicolas Lodeiro being sent off in the 89th minute with a red card for violent content. Lodeiro will miss the game against San Jose Earthquakes Sunday.