IN TRUE LA GALAXY FASHION #SINCE96 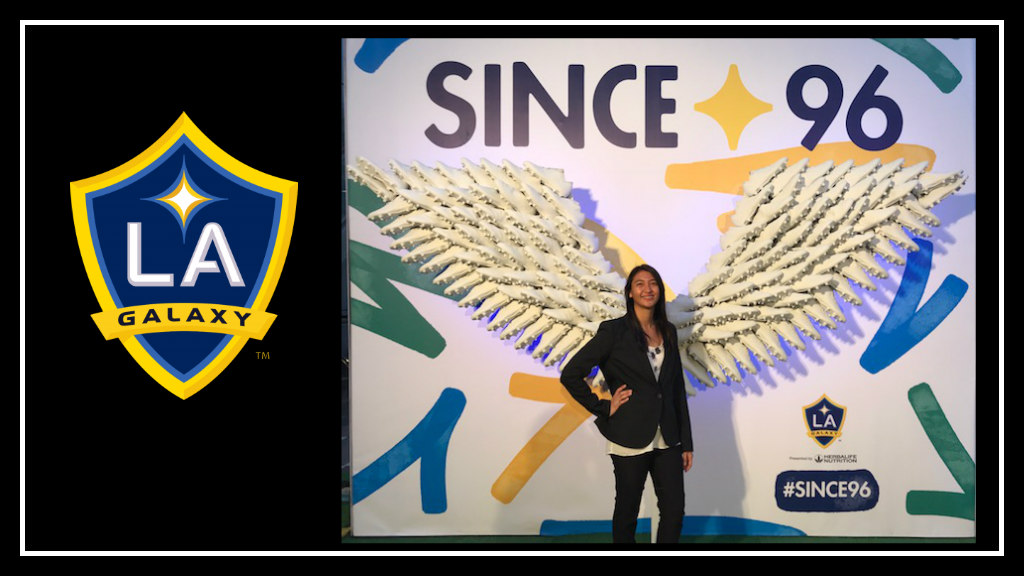 This was a first for me. I know Los Angeles is seen as the city where dreams come true and where anything can happen, but when I submitted my intro article to MLSFemale, I wouldn’t have imagined it would get me in so fast and interviews with players at that!

Thanks to Allison Sorrell for getting me into the exclusive LA Galaxy launch party that was available to STM. I was dropped right in.

Flashy. That’s what some think of us here in LA. This party certainly was. It took place at The Novo at L.A. Live, right in the heart of downtown near the Staples Center and The Grammy Museum. The venue had a club vibe with a full bar and DJ. It was meant for all ages. Fans hanging around with the trophies and playing some FIFA 93, 2012 and 2018 on Xbox.

I and a few other media in attendance were allowed to speak with Ola Kamara first. I asked, “What attitude and expectations are you coming into the 2018 season with?” He made eye contact with me as he responded, “Of course, I want to keep scoring goals, that’s what I love. Hopefully, I can keep doing that for Galaxy, too. I think [LA] had a difficult season last year and I hope I can be an addition to the team that can help us into the playoffs.” His eyes sparkled and he flashed a winning smile. He’s the projected 11 for the team and has a healthy number of goals under his belt, so I have all the faith he will fulfill his role.

Then, it was time for the reveal. 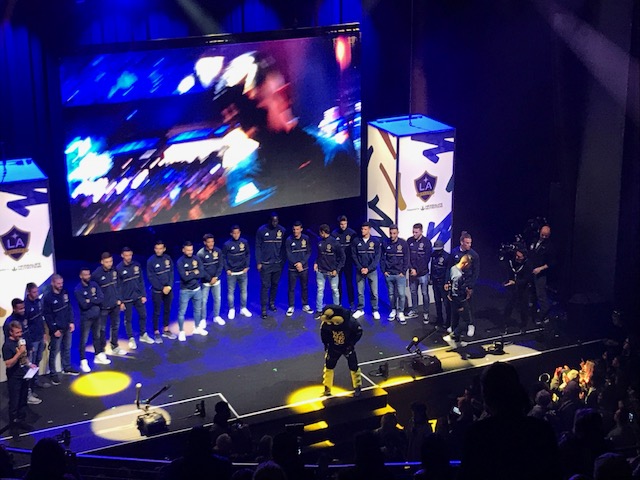 Linda Pickle -the Galaxian long-time fan- along with up and coming soccer girls and Los Dos represented the jerseys the team has sported since 1996. It was fantastic to see beloved classics on stage: Cobi Jones, Mike Magee, Alexi Lalas, Kevin Hartman, Cienfuegos, and Carlos “Pescadito” Ruiz. Gold and blue confetti and smoke machines went off a few times. Our new LA Galaxy team was presented to us.

Sebastian Lletget, who mingled with fans till the end of the party, adorned the new uniform for the media. I asked him how he liked the new jersey and he said “Fantastic! I’m looking forward to scoring lots of goals in it and the fans like it.”  As he stood back after speaking with us, we took pictures. I called out to him: “looking good!” He appreciated that, saying, “that’s what I wanted to hear!” He gave a shaka sign angled like he was also giving a thumbs up. 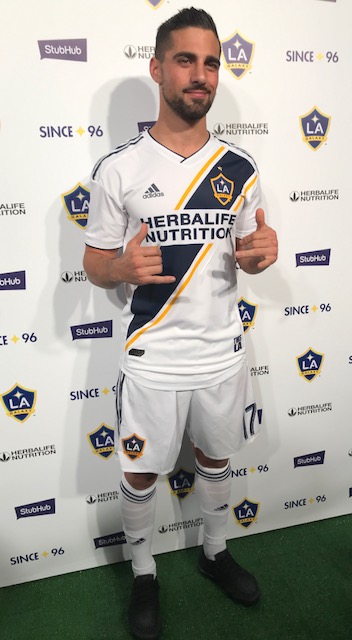 I was already excited for the 2018 season as the official reporter, but I’m even more hyped after meeting these guys and seeing the new kits in person! Their enthusiasm and optimism really shone. I can proudly say, I am officially a season ticket member after this event.