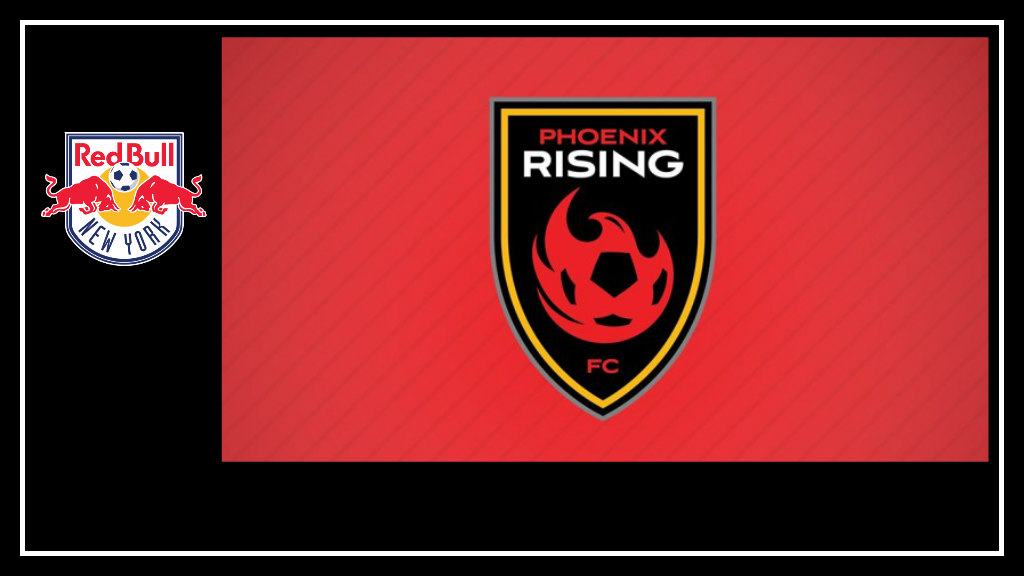 Hey… I know it’s been a long time.

You don’t know how much I’ve missed you. It’s driven me near madness. I’ve tried to find something to take your place, but nothing does it quite like you.

That’s right folks: The New York Red Bulls are back for another season! (What did you think I meant?)

Before RBNY gets back to the business of the regular season, CONCACAF Champions League, and the Lamar Hunt Open Cup, they are spending some time in the Arizona desert participating in the Mobile Mini Sun Cup. First up: tournament hosts Phoenix Rising.

Playing in the Phoenix Rising FC Soccer Complex, this USL club is most notably led by player and part-owner Didier Drogba, of Chelsea and Montreal Impact fame. But they do not rest on the laurels of one man, which I respect.

FIRST TIME JITTERS: Now that the scrimmages are done, this is the first game that really tested the team in their most realistic form. And while no one in the starting lineup was new to the Red & White, things were shaky, to say the least. The dreaded “own goal” goblin tapped defender Aurelien Collin in the 7th minute to put PHX ahead.

Many opportunities for forwards Bradley Wright-Phillips and Daniel Royer to score went unfinished throughout the game and phenom Tyler Adams was continually shut down by the Rising defense. And I can only assume Alex Muyl is trying to make himself bigger when on the attack, but it still seems to be so much arm flailing and scrambling.

I know I’ve said that about Muyl before; however, I also say when he’s switched on, he’s a force to be reckoned with. With his header off of defender Kemar Lawrence‘s cross, he leveled the game in the 37th minute.

NEW PARTNERS: It takes some getting used to when the roster sees so many changes, for players and fans alike. A number of players have left Red Bull New York. Several other players have come in, hoping to make their own place on the team. They’re young, they’re fast, and they’re ready to take control. And still, others have yet to make their way onto the pitch… the fans are not-so-patiently waiting…

TAKING CHARGE: With the departure of the 2nd team captain in as many years, there has been much speculation as to who will be wearing the armband for the 2018 season. Tonight the honor went to Danny Royer, but I don’t think that’s where it will stay. Following the speculation that Kemar Lawrence would be heading overseas this year, he has stated that he is ready to take on more of a leadership role with the team, although that doesn’t necessarily mean the role of team captain. Others have suggested Wright-Phillips, goalkeeper Luis Robles, and midfielders Felipe and Sean Davis. I do have a preference… but I’m not telling.

GETTING CREATIVE: One of the hallmarks of RBNY’s play is the use of trick set pieces, even though their effectiveness had fallen away last season. And the first attempt at one in the 48th minute was a misfire that resulted in Davis just going for goal only for the ball to be caught by PHX goalkeeper Zac Lubin.

A SATISFYING END: Following the second goal from PHX in the 71st minute, the Red Bulls really looked as though they were going to disappoint this girl. But suddenly, French international Vincent Bezecourt nailed a shot in the 91st minute to level the game again. So maybe they’d end in a draw… not terribly pleasing. That was when the referee called a foul against PHX just outside of the 18′ in the 92nd minute. I rolled my eyes when I saw 4 players behind the ball, thinking to myself ‘oh, these things never work…’

Except it did. Felipe rolled the ball to his left and Panamanian international Fidel Escobar launched it into the back of the net. That’s the kind of climax you can really enjoy.

I’d say I could use a cigarette, but I don’t smoke. Thanks for the early Valentine’s Day gift, guys. Let’s do this every chance we get, okay?