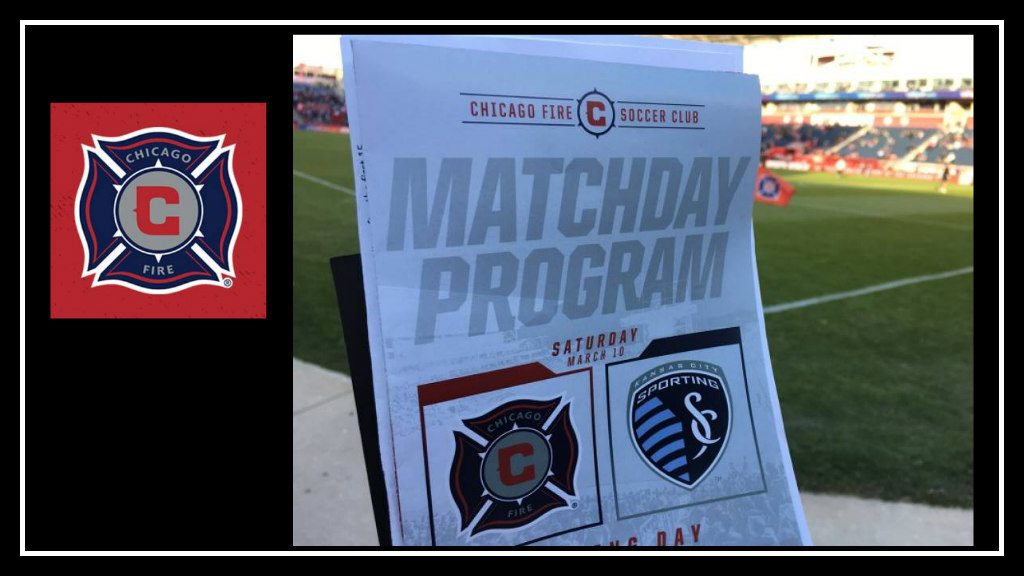 The air was crisp, fans were lining up to enter the stadium, kids high fived and took pictures with Sparky, the team’s mascot. This day was one many fans were anticipating. The Chicago Fire had to wait an additional week to play their first game of the season.

Sporting Kansas City had lost their opener a week prior to New York City FC and was looking for a win. Hopes were high for the home opener, fans thought this game would be a win for sure, but what unfolded in the 90 minutes left fans at a loss for words.

The first half was dominated by Sporting KC. The team took an early lead in the 9th minute- Sanchez came off the line to make a save; the ball bounced off his hands and deflected right onto Felipe Gutierrez, who scored his first goal in the MLS. As the first half was coming to a close, Johnny Russell added one more goal for the away team.

The halftime whistle blew and the Fire was down by 2. Fans were getting restless but there was plenty of time to draw or end the game in a win. The Fire needed the halftime break to regroup.

In the second half, the Fire took fans on an emotional rollercoaster. First, Katai scored his first goal in the MLS. Minutes later, Nikolić scored the second goal of the game. Just then fans were in an uproar, cheering on the team, hoping for at least one more goal and 16 minutes later they got their wish.

Throughout the 90 minutes, the Fire played a messy game.  Many passes were lost at midfield and the defense was not helping either. Sporting KC capitalized on mistakes made on the pitch. The Fire, however, showed that they can overcome a deficit but alas they couldn’t earn 3 points at home.

The Fire return to action on Saturday, March 17, 2018, against Minnesota United FC at TCF Bank Stadium.