Double the soccer fun in 2018 for Atlanta fans 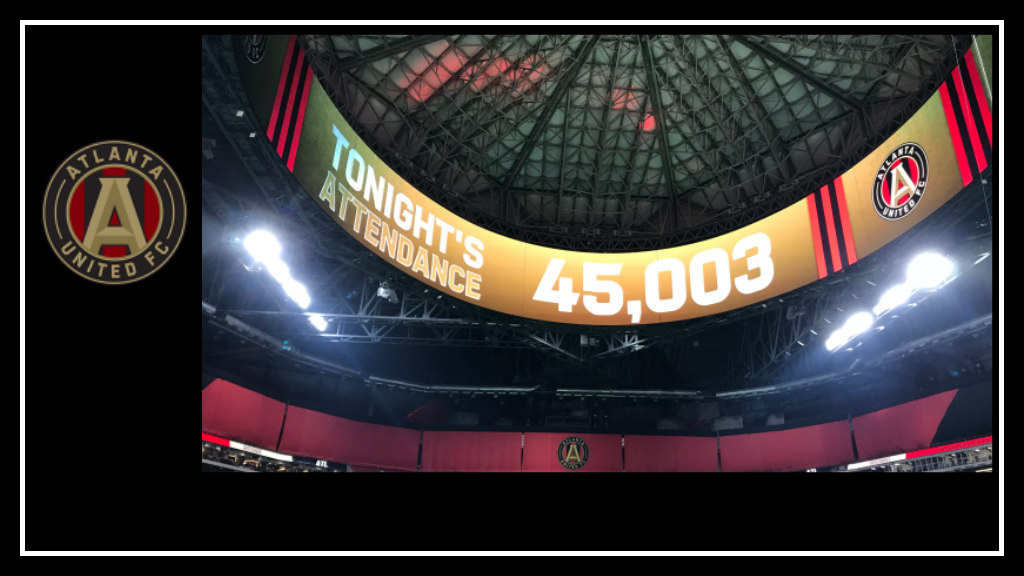 This past Saturday, March 24th, I was a witness to history – for the second time. I was at the season opener for ATL UTD’s USL team, ATL UTD 2. Season ticket holders for the first team were all given three free tickets for the USL team and after just one game, I was sold – and bought season tickets for them, too, even though they’re an hour away from me. It’s a chance to see guys on the first team roster that don’t usually get minutes in the Benz as well as some new guys who have yet to break into the first team.

All in all, it was a good time. The fans brought the noise and chants and the team brought the goals. ATL UTD 2 won the game 3-1 over NYRBII. After watching that first game, there’s no doubt this team will be fun to watch this year.

And now, back to the first team. Coming off a home opener that saw Atlanta United finally get that D.C. United raccoon witch curse off their backs, it was time to figure out how to defeat the tallest team in the league. Some will say we got “lucky” on St. Patrick’s Day, but Vancouver Whitecap‘s Kendall Waston was awarded a red card early in the game for an elbow to Leandro Gonzalez Pirez‘s head on a corner kick. That red card was later rescinded by an Independent Panel after the Whitecaps filed an appeal. Waston’s reaction to the red card will never not be funny, though.

Kendall Waston thought Leandro Gonzalez Pirez had been given a straight red card in #ATLvVAN, only to realize that it was actually being shown to him:

After Waston’s exit, it was pretty much all Atlanta. Josef Martinez had an amazing game – and got his fourth MLS-career hat trick. Atlanta’s own Andrew Carleton got some actual first team minutes and notched an assist on Josef’s third goal of the night, which ended up being the MLS Goal of the Week.

All the goals, all the glory!

There were a few not-so-good things that came out of that game, too, though. Miguel Almiron still hasn’t found his right foot; Franco Escobar got a knee or elbow to the head from goalie Brad Guzan and is currently in concussion protocol, so not sure if he’ll be playing this week or not; and LGP and Michael Parkhurst still have some work to do on communicating in the back and not letting those “consolation” goals through.

This weekend’s game is at Minnesota United FC – possibly in the snow again. Last year, we defeated them 6-1 at home and Josef got his first hat-trick. They defeated us at the Benz last year, but I think we got this one. Bring on the orange ball!