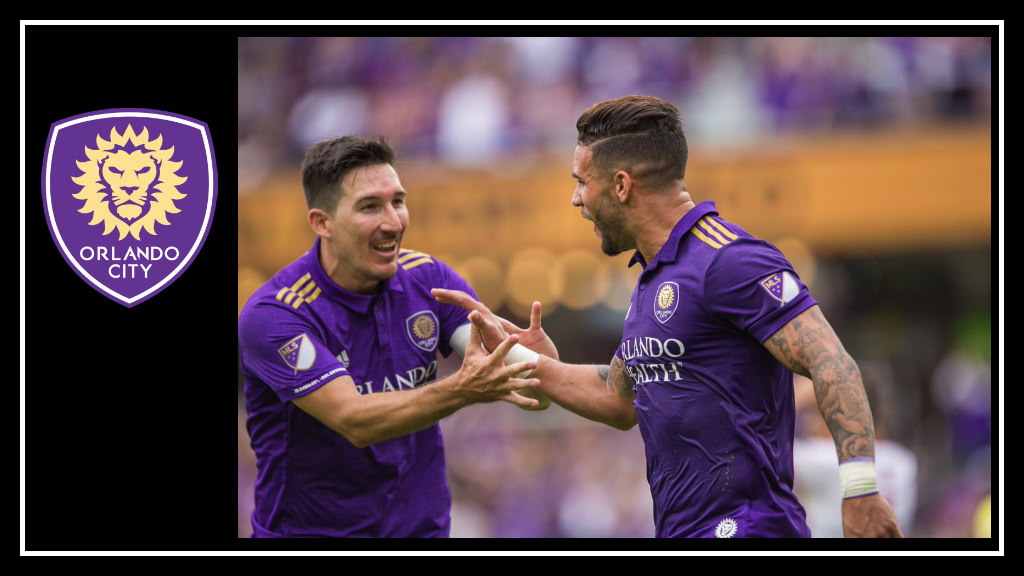 Finally. This weekend, Orlando City SC faced off against the New York Red Bulls at home and what a game it was! This was Sacha Kljestan’s first game against his old club, and Orlando City saw some old friends as well with Aurélien Collin, Carlos Rivas, and Tommy Redding all seeing playtime against their old pals in purple.

This game saw the return of Dom Dwyer, who spent the beginning of the season out with a thigh injury from training. Missing from the available roster this week was Uri Rosell and Jonathan Spector. Spector remains out on concussion regulations from the hit he suffered two weeks ago against NYCFC.

Things looked bleak at the start of the match when just 7 minutes in, Florian Valot put a point on the board for RBNY, but OCSC answered back with a goal by Johnson in the 15th minute. To break the equalizer, Derrick Etienne landed another shoot in the 24th minute. But it didn’t last long, as just 2 minutes later, Dom Dwyer secured a header off of a corner kick, tucking it nicely into the net.

So quick they didn’t know what hit ’em. #VamosOrlando

Vote Dom for @MLS Goal of the Week: https://t.co/jQF3b0lKgv pic.twitter.com/nHGNabos2K

Are you with me so far? 26 minutes in and we’re tied up 2-2. Told you this game was a big one. The remainder of the half was more or less calm, save for a handful of fouls awarded to each side.

At the start of second half, Josue Colman came on to make his home debut, replacing Cam Lindley on the field. At 48 minutes, Dwyer landed another goal for Orlando City after the Red Bulls allowed him to get his left foot on the ball. Never a good idea when we’re talking about Dwyer.

Regardless, Dwyer came off in the 64th minute, replaced by Chris Mueller. My guess is Kreis didn’t want to strain Dwyer, who could still be recovering from injury, though the backflip he did following his first goal may or may not completely negate that thought. Point aside, looks like we’ll have to wait another week to see a Dwyer/Mueller combination on the field.

In the 73rd minute, Amro Tarek came off, subbed by RJ Allen. Tarek had gone down to injury a few minutes before, which put City in a tough situation. Without Spector available and with Tarek down, Orlando had no more center backs. My thought was Kreis would push Will Johnson back to defense and bring in Cristian Higuita or Richie Laryea. Instead, Kreis got creative with RJ Allen, who usually plays right back.

Not a bad call by any means, I’m just wondering if we had signed an extra defensive player or two, could we have avoided this all together?

But let’s get back on track here. In the 82nd minute, RBNY pulled off an equalizer of their own, thanks to a header by Aaron Long. The score wasn’t even for long though, with Scott Sutter scoring another one for Orlando and bringing the match up to Orlando 4, Red Bulls 3.

Now, there’s the City we know and love. Such an action-packed game, right before the crazy LA Galaxy vs. LAFC match. This was a good weekend in MLS. What are your thoughts on this weekend’s games? Share them with me in the comments or over on Twitter.