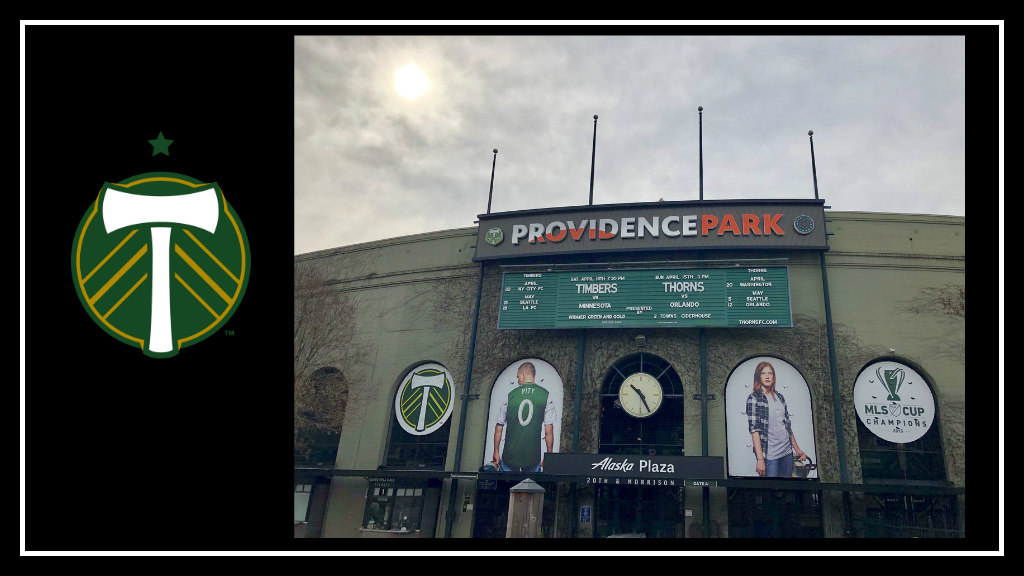 A few thoughts as we (FINALLY) head into our first home match of the season this Saturday. I want to look ahead to Saturday, but first, we need to take a look back.

I had a hard time writing this article because last Sunday’s Portland Timbers match against Orlando City SC was just SO PAINFUL, especially after the first 75 minutes or so showed such promise. I’ve decided that from now on I’m just going to use Phoebe’s philosophy when watching our away games.

We had a promising enough start. I was very happy to see Samuel Armenteros in the XI. He looked hungry and capable in preseason, and I’ve been waiting to see him get his chance. We still were without our erstwhile captain Liam Ridgewell, though this time it was apparently due to a knock in training as opposed to our appalling performance a few weeks back.

Between Ridgewell’s absence, Vytautas Andriuškevičius still getting back to fitness and Alvas Powell out injured, I was worried about our back line. I have to say they looked organized enough when we kept the line high, but when balls got inside our 18, it was a different story.

And then, of course, there was Baldomero Toledo. I have often compared his officiating to the actions of a bad substitute teacher, who lets everything slide until late in the day and then sends everyone to the office for things like tapping their pencils on their desks, so I readily admit that I am no fan of his handiwork.

But this particular brand of bad officiating was out of character for him. When  Mohamed El-Munir took down Sebastian Blanco in the box, not only did Toledo not call for a penalty kick; he awarded Blanco his second yellow card and was about to send him off. Fortunately, VAR helped him to see the error of his ways, and a penalty was awarded to the Timbers instead.

Diego Valeri coolly slotted it home, and we went into the half ahead 1-0. My thoughts at the time:

Good things: ball movement, especially the first 80, especially between the 18s
Bad things: Pachinko defense in the box all game, abject failure to close out the game despite subbing in extra defense, Toledo #RCTID

And then there was the second half. It also showed promise, as first Blanco and then Valeri hit woodwork, and then Bill Tuiloma opened his MLS account with a beautiful header fed by Valeri. Ahead 2-0 with less than 20 minutes to go. Time to turn off the movie now, right, Phoebe?

No excuses. Yes, we have a new coach. Yes, we have a new system. Yes, we had injured players. Yes, the officiating included some real howlers. Honestly, these are all beside the point. If you are ahead 2-0 with fewer than 20 minutes to go, you need to be able to close out the game. Period.

Still looking for consistency in the back. We have players with promise but we still don’t have a rock-solid back five. Both keepers are so-so. Our center backs include an older veteran who has struggled with injury over the last year, another older veteran of other leagues who has had uneven performance, and a younger player with much promise who still needs seasoning.

We also have fullbacks who come with strengths and challenges: Marco Farfan has speed and flashes of brilliance, but his youth and inexperience are also a factor. Vytas is still coming off an injury.

Alvas Powell, I’ve already written about a ton: tremendous potential to be simultaneously awesome and WTF. Zarek Valentin is a smart player and currently our Swiss army knife guy, playing pretty much wherever we need/ask in the back, but he lacks pace.  That back unit has to be SOLID if we are going to play the high line that Gio Savarese apparently wants.

The future has potential. I know these first five games have had grim finishes, but there is still hope. I really do like the look of our signings this year. I hope they find their footing, and quickly.

This Saturday marks the end of a LONG footy drought here in Portland. At long last, after months of offseason and away games during stadium construction, we will finally get to enter Providence Park once more; and I, for one, can’t wait.

Is it Saturday yet? #RCTID