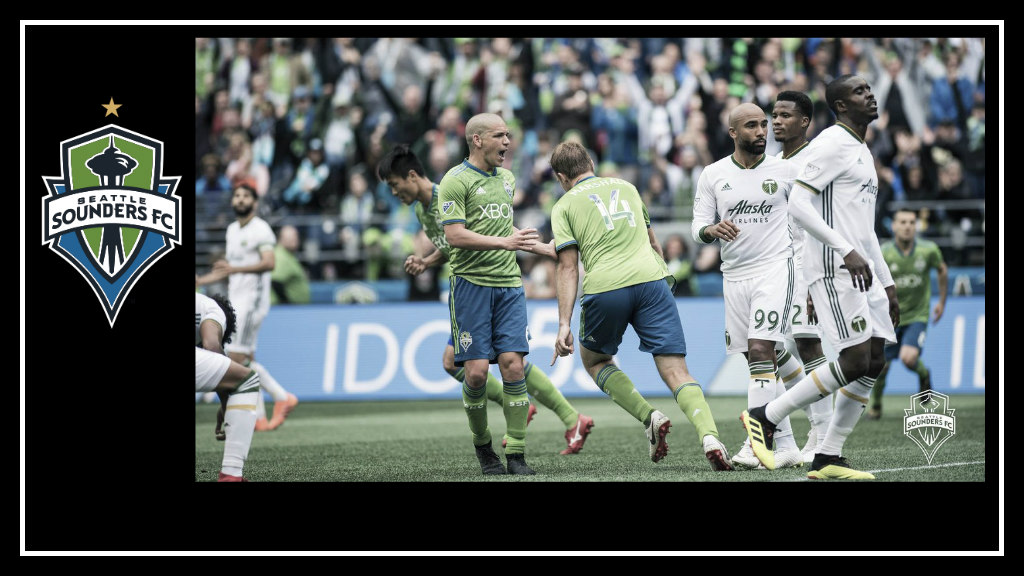 This Saturday’s game was pretty much the entire Seattle Sounders’ season so far in 90 minutes.  There were great moments, moments that left me scratching my head, moments of yelling at the ref but in the end, again the Sounders lost the game.

The good parts.  Yay, the Sounders scored a couple of goals, finally in double digits.  The offense played as more of a unit than they have all year.  Of course, with the good comes the bad.  The defense is still having a lot of problems.  We can’t finish most of the shots taken.  Passing is still a massive problem, though better.  But at the end of the game, the Sounders lost again.  So let us go over the game in more detail.

Welcome to the club, @RaulRuidiazM! 💚💙

Before the game, the Sounders announced our newest DP signing, Peruvian striker Raul Ruidiaz.  Raul will not be able to start until July 10th.  Currently still down Gustav Svensson and Roman Torres due to the World Cup.  Also, Stefan Frei due to injury (grumbles about Alan Gordon). The first half was back and forth without a goal scored.  There were moments of hope, but nothing came from them.  Again, passing seems to be an issue still and set pieces.

Now the second half was a lot more exciting.  In the span of 30 minutes, 5 goals were scored.  Starting in the 48’ Portland’s Larrys Mabiala scores for Portland.  Just 3 minutes later, Victor Rodriguez scored for the Sounders.  In the 57’, Portland’s Samuel Armenteros scores to retake the lead.  Less than 10 minutes later, Chad Marshall pulls the Sounders level.  The game-winning goal was scored by Larrys Mabiala.

This game had a lot of ups and downs.  There were moments where you could see the Sounders of the last 2 years.  The window is rapidly closing on the playoffs for the Sounders.  We will be getting back some of our injured players in the next few days/weeks.

Ruidiaz will be a much-needed addition.  There are rumors that more moves are going to be made after the World Cup.  Not sure when Roman Torres will get back since he had been injured during the final group stage game.

See you in the terraces.