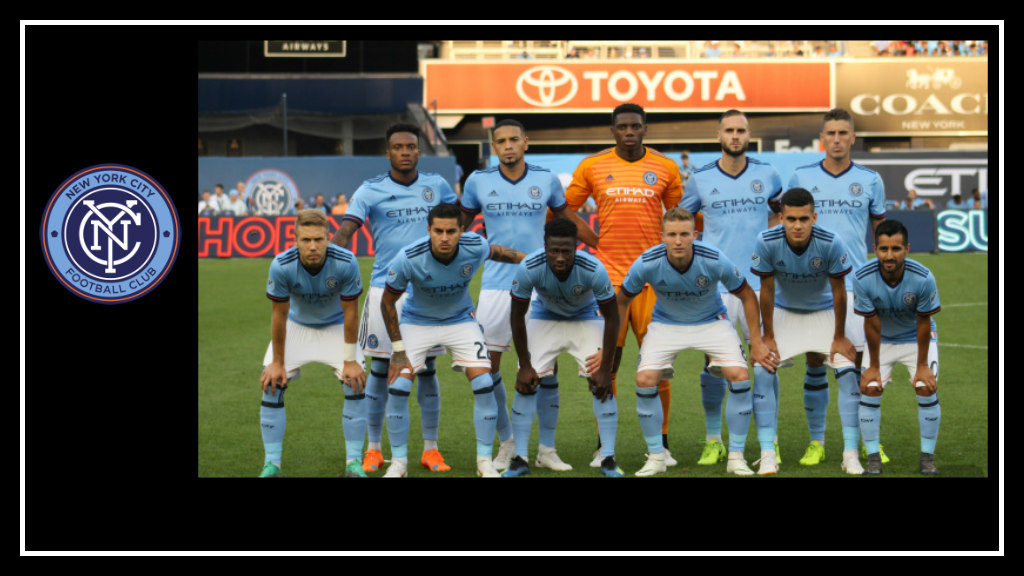 Between three home NYCFC games and the final rounds of Wimbledon and the World Cup last week, there was little spare time last week to do anything but take in the sporting spectacles.  And were they long ones- from 6-hour men’s Wimbledon matches to Croatia going to penalty kick shootouts in back to back matches, the key word was stamina.

Our own New York City Football Club tested their own stamina and fitness this past week with three games in seven days and came away with glowing marks earning three wins – all shutouts.  Last Wednesday, while walking into the press box, “Mama Said Knock You Out” was playing in the hallway and I immediately knew it was a good omen.  I mean who could forget the previous visit local legend LL Cool J made to Yankee Stadium?

.@llcoolj came through the #NYCFC locker room to congratulate the boys in blue on the big comeback win in the Bronx 💪 pic.twitter.com/iCRwBOy0nM

This past Saturday New York City dug into the depths of the roster and into the magic of coach Domènec Torrent to pull out a huge 2-0 win over the visiting Columbus Crew.  You cannot talk about New York City’s success right now without adding the cherry on top which is that the team is winning without the injured David Villa.  This was unimaginable in prior years.

For the first few years of our club’s existence, he was our Obi-Wan Kenobi – our only hope. In this match the team had to face Columbus without Villa, Ismael Tajouri-Shradi and Jo Inge Berget – basically the whole forward line. In the absence of many obvious options, coach Dome started Rodney Wallace, Ronald Matarrita and Jesus Medina up top.

Watching the first half of the game at Yankee Stadium behind Crew goalkeeper Zack Steffen, I couldn’t keep my eyes off Medina.  He was everywhere trying to create plays, open up space, apply pressure, running at Steffen, making crosses and rebounding shots.  He was working his tail off.

Medina is only 21 years old and I know that NYCFC fans are impatient for a Designated Player to quickly start making “contributions” to the goal scoring rolls but I see a very calculated and cerebral player.  He looks like he’s always thinking and strategizing, yes sometimes to his detriment, but I believe he plays much better when NYCFC coaching and players give him the freedom to be creative on the field.

In the second half of this match, Medina executed beautifully on a pass from Jonathan Lewis,  smartly taking an extra second to hammer a shot accurately past Steffen.  Wingback Anton Tinnerholm added an insurance goal on a counter attack in which he successfully cut past the Columbus defender and Steffen, easily knocking the ball into the goal.  Looks of shock switched to giggles as he celebrated by karate kicking the corner flag.

Despite the score and the smart play of NYCFC, the game could have easily gone the other way as Columbus had 11 shots in the first half with 5 of them inexplicably going over the top or wide.  This was not an easy game by any means.

Much of this depth is due to Vieira’s building of the team last pre-season but the level and versatility of play seems to have improved in the past few weeks under Dome with game results speaking for themselves. Torrent has the expertise to see what the team is doing well and what needs to be adjusted pretty quickly and he must give incredible half-time talks.

All three games went to halftime with 0-0 scores and ended with shutouts. Dome also has been giving young players like Lewis and Kwame Awuah chances to contribute and switched things up by putting Matarrita into a more attacking role, something he’s done very successfully for his previous club and for the Costa Rican national team.

So was LL Cool J there in person last week bringing his previous good vibes or were they coming through via musical inspiration?  NYCFC’s next game is July 26th away at Orlando City Soccer Club.  I’m optimistic that the team can carry this successful momentum to the road. And Mr. Smith, please feel free to come to any and all games.