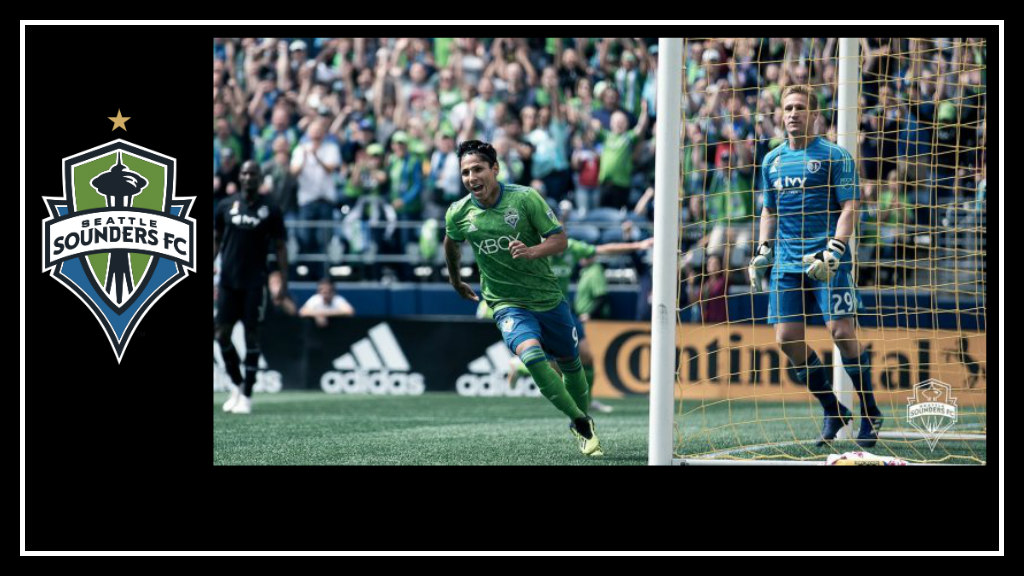 The Seattle Sounders have broken another MLS record. They have won 8 games in a row, the most in a single season in the post-shootout era. This is a massive turn around from their record earlier in the year. Before this historic run, they earned just 17 points in 18 games. This has completely changed the season for the Seattle Sounders, now they are in a good position to earn a playoff spot – now sitting in 5th place in the Western Conference.

Let’s see how this went down:

7/21 vs Vancouver – What better way to kick off a record-breaking, season-turning-around run than a 2-0 win over Seattle’s rivals to the north, the Vancouver Whitecaps! On Raul Ruidíaz’s MLS debut, the Sounders secured a solid 3 points. The goals came from a penalty kick due to a handball- which Nico Lodeiro converted and later he doubled his lead due to a long-distance shot & deflection that secured the lead.

7/25 at San Jose – Raul Ruidíaz scored his first MLS goal as the Sounders cruise past the San Jose Earthquakes at Avaya stadium.

7/29 vs NYCFC – Cristian Roldan put the home side up 1-0 in the 36th minute. Shortly after the halftime whistle, Gustav Svensson doubled the lead with a rocket shot from outside the 18. Then, 17 minutes later the away side got onto the scoreboard. However, they could not find an equalizer before Harry Shipp sealed the 3-1 lead.

8/4 at Minnesota – Minnesota was up 1-0 for 70 minutes. The game took a dramatic turn as the Sounders were awarded a penalty kick in minute 90+1, which Nico Lodeiro converted. Then in minute 90+7, Will Bruin chipped the keeper right before the final whistle blew. Seattle stealing these three points show off Seattle’s “tough kids” and fighting mentality. This was a big confidence and morale boost for players and fans.

8/12 vs Dallas – Right before the end of the first half Chad Marshall put the home side up 1-0 with a header off a Nico Lodeiro corner kick. Only 7 minutes after half FC Dallas tied it up. In minute 68, Nico Lodeiro put the Sounders ahead. With help from a Dallas red card to Reto Ziegler in minutes 90+1, the Sounders held on to this 2-1 lead.

8/26 at Portland – Another Cascadia victory for the Sounders as they defeat their rivals the Portland Timbers 1-0 at Providence Park. In the 76th minute center-back Kim Kee-Hee flew up the right side and powered in a cross – aiming for Raul Rudíaz, but resulting in a Timbers own goal. This win helped propel them in the standings, and lead them to the top of the coveted Cascadia Cup regional trophy table.

9/1 vs SKC – In the most recent game, the Sounders defeat Sporting Kansas City 3-1 at home. SKC didn’t waste any time getting on the scoreboard, they led 1-0 after a 2nd-minute goal. Raul Rudíaz equalized for Seattle in the 12th minute. Then, in the 52nd minute, a cross from Harry Shipp deflected off of Graham Zusi and in to put Seattle up 2-1. Shortly after Nico Lodeiro added to the scoreboard after converting a penalty kick awarded for a handball on Ike Opara. The most controversial moment of the match was an 81st minute DOGSO (Denial of an Obvious Goal Scoring Opportunity) red card to Chad Marshall. It was a very skeptical call despite going to VAR to justify the PK.

I’ll let you guys decide for yourselves, I’m interested in your opinions.  Comment your opinion if its a PK or not or tweet me your take  @abigailgerken22

After Video Review, a red card is issued to Chad Marshall for serious foul play. https://t.co/7ECvxAwCwd

The next Sounders game is Saturday, September 15th at Vancouver Whitecaps, let’s hope this streak continues as the Sounders push for the playoffs.