Coffee​ with Tomas Hilliard-Arce of the LA Galaxy 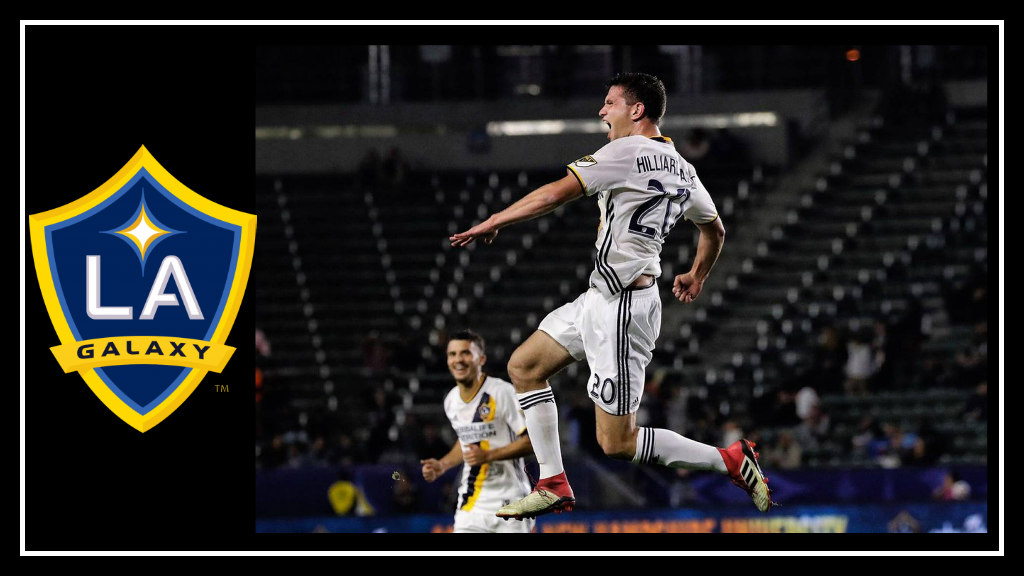 Watching Tomas Hilliard-Arce walk into an L.A. Starbucks, you’d think he was any average 20 something college student grabbing a cup of coffee before class. That couldn’t be farther from the truth. The 23-year-old center back, a twice PAC-12 defensive player of the year, lead his team at Stanford to three consecutive NCAA National Championships. He was then picked up by the L.A. Galaxy as the second pick of the first round in 2018 MLS SuperDraft.

Debbie Haar: Are you ready to do this?

Tomas Hilliard-Arce: Let’s do it.

DH: The day after you were picked up by the Galaxy in the SuperDraft, what was going through your mind?

THA: I was scared. It was overwhelming. I’m confident in myself, but I just went from somewhere where I knew how to control the situation in college to where I’m at the bottom of the totem pole. There were a lot of stars on the team who probably wouldn’t respect someone coming right out of college, so I had everything to prove. I was fortunate to come into a situation where I had 30 automatic friends and a club that cares about me.

DH: Do you have any pregame rituals?

THA: The team manager would give me smelling salts, then I would just hit him as hard as I could, like a chest bump or I’d smack myself in the head and get myself completely fired up. Makes me feel like if someone else were to hit me, I’m ready for it.

THA: We are very competitive. My Dad has set a very high standard so I’ve always feared failure.

DH: Did you fight with your sisters growing up?

THA: I started soccer late, like 11-12. My older sister and I were in karate growing up and she used to physically dominate me.

DH: Was there that pivotal moment when the tides turned?

THA: She just channeled her dominance into being emotionally abusive. (laughs)

DH: Are you a dog or a cat person?

THA: I really wanted a dog. My Dad said I had to train myself to be responsible, so I had to get a fish and keep it alive for 6 months first. (laughing) We used to leave and go on road trips and there was no one to feed it. I would just dump an unbelievable amount of food in there. It didn’t even make it 3 months.

DH: I’ve seen you talk about faith, do you think your faith impacts you on the soccer field?

THA: My big moment of finding faith was on the field, so I feel like that is the place where it comes out the most. I’ve been able to play for those in my family who have passed away or gotten sick and I get a lot of strength from them. This year I was looking for something to really play for and put my heart on the field for. My 44-year-old cousin who lives in Costa Rica, who is just an amazing person, recently died unexpectedly a couple days after our vacation there ended. I was with her the day before we left, and being a pro soccer player here in the USA might not mean anything, but there it’s everything. My mom called me the day after the funeral and said I was my cousin’s hero, so I need to play for her this season. I have so many people supporting me, the least I can do is give them my all.

DH: What household chore do you hate to do?

THA: My mom is Latina and my Dad is American. My mom is a stay at home mom and loved to baby us kids. I was the only son, so she super babied me. Now that I live alone, I am really, really bad at laundry. It costs $3 in quarters and I feel bad going to the cashiers and asking for all their quarters. Plus, it always comes out wrinkly.

DH: Do you play video games?

THA: I am a video game guy! Right now I’m all Fortnite. A lot of my friends are professional soccer players so we get home at 1pm. What are you going to do all day?

DH: I see other players on the Galaxy playing [Fortnite], like David Bingham.

THA: I play [Fortnite] with him, he’s a fun guy to play with. He’s super competitive on the field and at video games.

DH: Do you have a favorite TV show?

DH: Do you have a favorite movie?

THA: I’m a big RomCom guy. I’m supposed to be a big tough center back so I can’t say The Notebook, but it’s such a good movie. I’m a big Rachel McAdams fan. I’m a hopeless romantic.

DH: Toilet paper roll, over or under?

THA: I live in a little apartment with another guy who plays soccer and we have the most male apartment ever. We don’t have any essentials. We don’t have scissors or anything sharper than a butter knife. We don’t even have a toilet paper dispenser thing.

DH: Tell me something you are bad at?

THA: Cooking! I never cook. Most of the time when they give us lunch at the facilities I take a bunch of to-go boxes and eat it for dinner.

DH: Do they tease you about that?

THA: Oh for sure! They say learn how to cook or stop looking like a homeless dude when you’re leaving.

DH: Tell me about a time in your life when you were being tested or challenged.

THA: To make it to pro soccer you have to have been “the man” on the team you came from and to get here and be competing with 30 other men is challenging. I realized I was a college player and now a rookie, and pretty much the youngest out there. You can either get frustrated with it or create a lesson learned from it. I remember sometimes when I felt like I deserved something, and it wasn’t given to me, I was on the verge of anger or frustration or even tears because I felt helpless, I had done everything I could but I still wasn’t getting what I wanted. That’s part of being a professional, putting the last play behind you and moving on. This year when I face those things I’ll be prepared.

DH: What’s a phrase you say a lot?

THA: I say this in just the weirdest situations. I like to say “let the kids play!”. It started in college when the players who didn’t play much, on the days after games, would be so excited to play. Coming into last season when I wasn’t playing much, I always just wanted to get out there and play, and have fun, and show what I can do. So I’d say, “let the kids play.” Now I say it in any situation. If there’s a really good lunch buffet they’ve given us, “let the kids play!” (laughing) Doesn’t really make sense.

DH: Do you have huge goals you want to achieve?

THA: Actually I don’t with soccer. When I got recruited for soccer, Stanford wasn’t very good, they were ranked like 100th in the nation. I went to this prestigious private high school where people looked down on me for either my intelligence or my dedication to soccer. Then when I got into a very good school because of [soccer], I thought that was the end of it. I’ll go to Stanford, get a degree and a good job and show those people. Playing pro soccer is like the icing on the cake. My goal is to continue to prove people wrong. After my first year in pro soccer, I now have doubters. People have said I can’t do something, now I can prove to them that I can. I think I’ve always just wanted to be a really good dad. I want to push my kids to exhaustion. My kids have no choice, they have to play soccer.

DH: What if they are derpy and uncoordinated?

THA: I will force that out of them through exercise! (both laughing)

DH: You do well under pressure, clearly, you play professional soccer.

THA: My first game I started playing in front of 30,000 people was my best game ever because of the pressure. I like being the guy at the front of the sled and helping push it along. Even now being one of the younger people on the team I try to be a leader.

DH: What is the best gift you’ve ever been given, like a birthday or Christmas gift?

THA: My parents don’t give birthday or Christmas gifts. I feel like my parents love me so much and don’t get me presents. When someone does I’m like, “holy crap you love me.” My ex-girlfriend did that. I’ve only been in one relationship. She did so much, it wasn’t even a [specific] gift, it was her heart, every day.

I’m excited to see how Tomas brings his competitive personality and drive to the field. The Galaxy had a rough season defensively last year and I’ll be watching Hilliard-Arce to see how he can contribute to the back line.