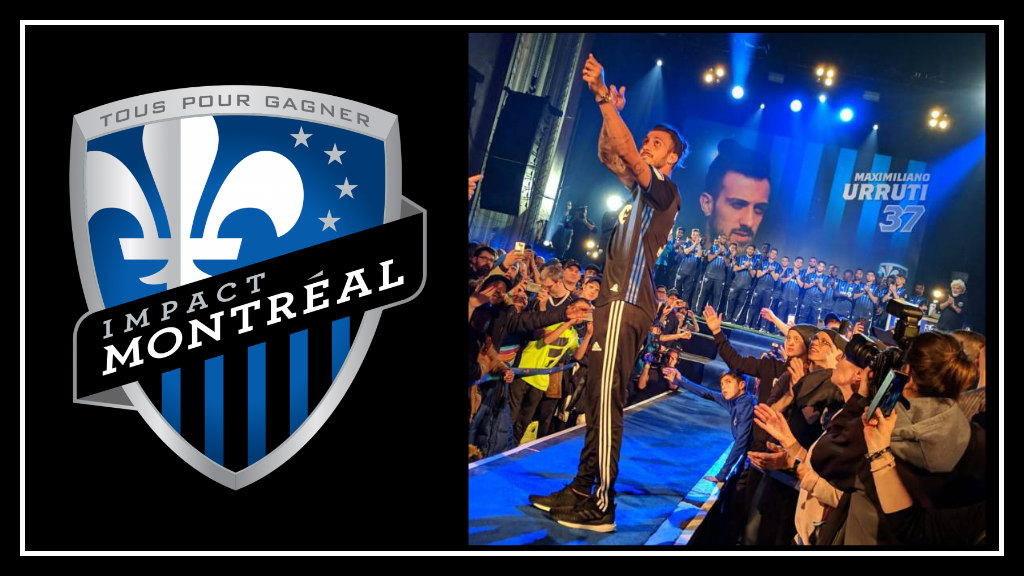 On Friday evening, the Montréal Impact invited season ticket holders to their annual season launch event at the MTelus Theatre. About 1,500 of the most fervent fans were on site to participate in a Q&A session with the new president, Kevin Gilmore, head coach, Rémi Garde, and administrative director, Patrick Leduc. They also became the first to see the Impact’s 2019 home kit in person, as the entire team (including trialists) were presented to the public.

Due to a nasty case of living in another province, I was unable to attend, but the team was good enough to provide a live stream of the event. All of the team’s supporter groups had a strong contingent in attendance, and at several intervals, they could be heard singing and chanting in support of le Bleu-Blanc-Noir.

A question of particular interest was whether it is worth the effort to develop players through our academy if the coach doesn’t use them. This question was tackled by both Leduc and Garde, who stated that they have been working together to identify how best to integrate homegrown talent into the squad. Garde’s experience at Olympique Lyonnais will prove helpful – but local players simply will not be inserted into the lineup for the sake of playing them.

After a truly disappointing Canadian Championship performance in 2018, Garde promised he is taking the competition (the only way for a Canadian team to access the CONCACAF Champions’ League) extremely seriously this year. Garde also feels that this year’s squad is more ambitious and more confident than the team with which he entered the 2018 season and that they are much closer to their first MLS Cup this year.

In order to get fans excited, and to get them talking about the team, it was high time to introduce the 2019 Montréal Impact squad and the new kit. Each player was announced individually by match commentator Frédéric Lord, and they walked through the crowd to high-fives and raucous cheers from their adoring public.

The previous home jersey, full blue and black stripes with a blue back was so universally admired by Montréal fans and league rivals alike, it would undoubtedly be hard to top.

The new look continues the beloved stripe motif, but it fades to black at the bottom of the jersey. Additionally, the back is black instead of blue. The quadrant which harkens to the flag of Montréal is at the top of the back, filled in with the IMFC letters in lieu of the symbols of the town. 1642 Montréal’s iconic North Star bell, known throughout the league, is also present on the jersey.