Houston Dynamo Fall to the Sounders: A Different Perspective 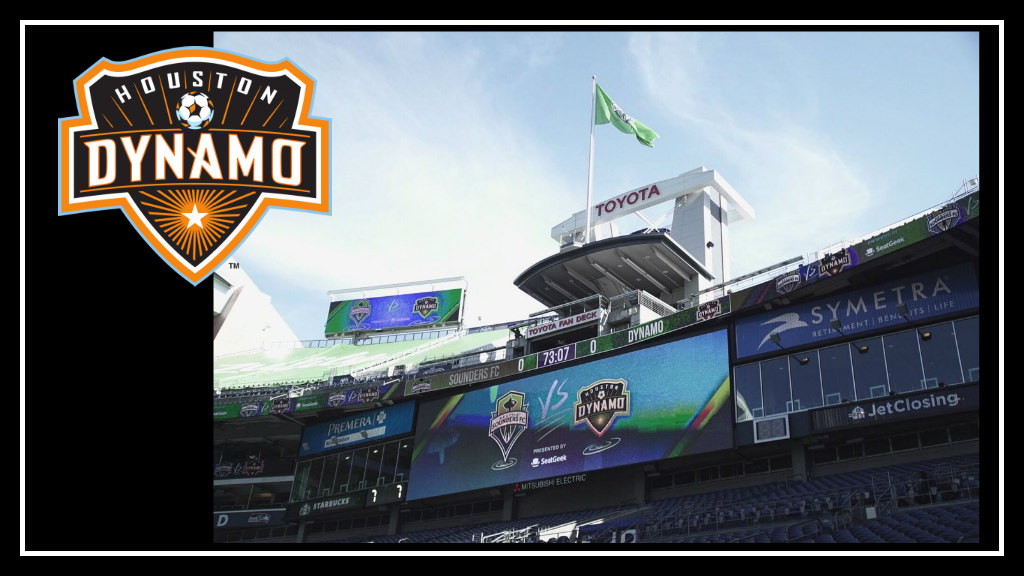 I joined Houston Dynamo fans at a local restaurant chain to watch our team take on the Seattle Sounders on Saturday night. The simultaneous UFC fight audio was appropriate for the match, as the Dynamo and Sounders played an intensely physical game full of big hits and rough play.

My step-son, who was watching the match elsewhere, shared his initial thought on the match after the Sounders’ Roldan made an amazing volley at 5’, giving them the early lead.

He is an amazing 12 year old, a defender on his U14 team, and a recreational referee, so his opinions on matches are always interesting. I’ll let his commentary help me tell the story of the match.

The 23rd minute brought the first of many off-frame shot attempts from the Dynamo, this one by Alberth Elis. While the first half was largely dominated by excellent offensive efforts by the Dynamo, they were simply unable to target effectively.

As we neared the end of the first half, the Dynamo’s offense began to struggle and started giving away a lot in the midfield. The Dynamo have an oft-lethal counterattack so I was hopeful,  but the kid was pragmatic. Neither team was bashful about full-contact play, but late in the first half, Seattle’s Kim used a bear hug to slow down Alberth Elis.

While Elis was able to maintain control despite being manhandled, the referee’s claim of advantage left Elis angry. Equally frustrated, the kid declares the foul:

We traded strategy as Houston’s poor shot calibration continued, and the first half closed with another wasted shot from Manotas that rose to the heavens instead of the occasion.

Things really began to go off the rails in the second half. The Dynamo’s frustrations blossom into poor organization and worse judgment. The referee began to answer Houston’s calls for better officiating by bringing it down on their efforts. AJ Delagarza was booked for a silly foul in the 59th minute and I consulted my favorite ref on the call.

Houston’s Wilmer Cabrera began subbing at the 70th minute, but the new blood on the pitch fell prey to the same issues. Tommy McNamara came in at 72’ and quickly loosed another off-target shot.

While I won’t lay all of the blame of this loss on the officiating, the referee continued to have a lot of influence and intrusion on the play as the match reached its final moments. At one point, Seattle’s Bruin found himself having to shimmy around the referee during a drive.

Houston finished the night with only one shot on target for all of their efforts, and their loss was held to 1-0 through the luck of the crossbar.

Houston faces its busiest schedule this week since finishing up their CCL run, and the decision to rest some of its regular defensive starters most certainly affected the results of the match. However, Houston’s depth must be able to stand up to these tests. The Dynamo will have a chance to prove themselves again at home this Wednesday against Portland and then head out to the east coast to battle DC next Saturday.

Thanks so much to my step-son for permission to use his texts in today’s retelling.