Houston Dynamo Get And Lose Points at Yankee Stadium 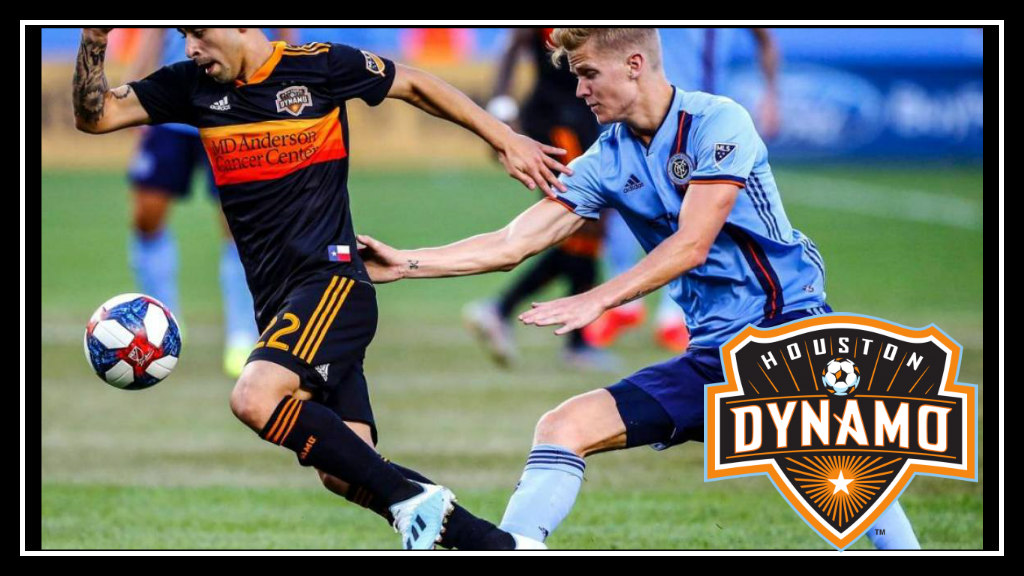 After the Houston Dynamo were unable to score a single goal in their last two matches at home, they traveled to Yankee Stadium on Thursday night to try to break the drought on the road. The Dynamo managed to find the back of the net twice that evening, but that wasn’t enough to save them from a 2-3 loss against NYCFC.

NYCFC took an early lead after a goal in the 16th minute, but the Dynamo were able to tie it up just ten minutes later. A perfectly placed pass from Tommy McNamara landed at the feet of defender Juan David Cabezas, who launched the ball at the net and surprised Johnson.

With the goal drought broken, a sense of hope began to stir for Houston. Unfortunately, poor decisions knocked the excitement out of the air only a couple of minutes later as Romell Quioto earned a red card in the 29th minute and left only ten men in orange for the last hour of the match.

If ever there were a pitch to be defending a road point with ten men, however, it’s the efficiency apartment-sized pitch that NYCFC call home. The Dynamo dug in and held onto the tie through a barrage of New York chances.

The Dynamo went into the half tied 1-1 and the weather gave us some extra time to bask in our efforts and solidify the second half plan as lightning increased the break with a weather delay.

In the second half, the Dynamo continued their effort to hold on to that road point, rarely traveling outside of their own half. In one of those trips, however, Mauro Manotas gave Houston fans the thrill of the evening from 22 yards out when he pulled his team ahead with a second goal in the 77th minute.

Houston was ahead for five glorious minutes until Castellanos tied it up again in the 83rd minute. The Dynamo were poised to make it out with a road point, and fans on social media urged the team to park the bus. The road point was not to be, however, as Castellanos scored again in the 93rd minute and Houston conceded all three points to NYCFC.

As I mentioned in my last article, I am focusing on the positives for the rest of the season. From that lens, I was impressed by both Dynamo goals on Thursday. Neither was a messy luck shot; both were expertly placed rockets that beat Sean Johnson’s dives. I was also impressed that Houston held NYCFC at bay despite being down to ten men for an hour. The match analysis shows just how much worse the results could have been.

It seems that the Dynamo found that finishing touch that they lost at home – their two goals being their only two shots on goal for the entire night. After weeks of repeated shots on goal with no actual points, this stark reversal of that trend was a welcome view on the stat board. Fans can only hope that it is a start of a new trend and not just a fluke in New York.

The Dynamo remain on the road and take a short ride down to Philadelphia to battle the Union on Sunday evening.