Accept No Substitutes (For a D.C. United Win) 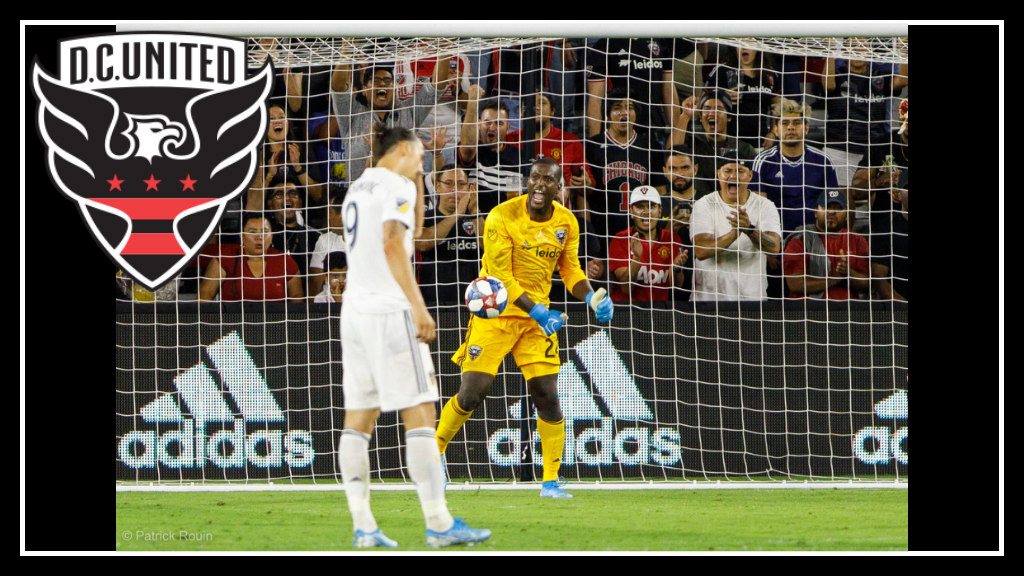 D.C. United pulled off a stunner of a match against the LA Galaxy, winning 2-1 at home. With an XI that included neither Wayne Rooney (ill with an upper respiratory infection) nor Lucho Acosta (he began the match in the 18), the Black-and-Red relied on teamwork and their depth to claim a sorely needed three points.

Coach Ben Olsen returned to the 4-2-3-1, with Quincy Amarikwa starting up top, Jalen Robinson at right back, and new signing Felipe Martins slotted in the midfield next to Leo Jara. The lineup drew some disappointment, from those wishing to see Rooney and LA’s Ibrahimovic face off on the pitch, and a bit of skepticism, from those who couldn’t understand why Acosta was starting the match on the bench. Mostly, the chosen XI drew curiosity; were they up to the task of taking on the LA Galaxy?

It was clear from the first whistle that D.C. were on the pitch to win, with fiery, tenacious performances from the XI. Paul Arriola opened the scoring in the 28’, assisted by Ulises Segura and Quincy Amarikwa. While LA answered in the 48’, it wasn’t enough for the visitors to leave Audi Field with any points in hand. Lucas ‘Titi’ Rodríguez found the back of the net for D.C. in the second half, bringing the Black-and-Red the match winning goal in the 73’.

Quincy Amarikwa may not have scored for the Black-and-Red, however, he did log his first assist in Black-and-Red. Amarikwa’s major accomplishment of the match, however, was getting inside of the Galaxy’s heads. He epically trolled the players on the pitch, getting uncomfortably close to Zlatan, and putting on a show of crying in front of Alvarez. While Amarikwa was rewarded with a yellow card for his theatrics by referee Alan Kelly… It. Was. So. Worth. It.

While Ben Olsen usually waits until the final minutes of the match are ticking away on the clock to make any changes, he chose to forgo substitutions entirely. Instead, he opted to let the XI continue on with their ‘rhythm and familiarity.’

While the move could have cost D.C. due to fatigue, every player put in 90’+ and still seemed to have gas left in the tank.  Perhaps this option isn’t sustainable, but Olsen bet correctly Sunday night, preserving quite a few sets of fresh legs for Vancouver and a rivalry match with the Red Bulls.

LA’s Zlatan Ibrahimović had a record-breaking match, tallying 14 shots. His scoring record was substantially less impressive, as he was soundly denied any scoring chance by D.C.’s defense, and homegrown goalkeeper, Bill Hamid. Hamid’s cat-like reflexes were put to the test the entire evening and he delivered, racking up five saves for the Black-and-Red (although it certainly felt like more).

In the second half, Zlatan fired a rocket of a shot toward D.C.’s goal that seemed destined to find the net. Hamid sprang into action, deflecting the shot and refusing the towering Swede a seemingly perfect goal scoring opportunity. Hamid stood up to chants from supporters, and applause from Zlatan himself.

A ‘Culture of Meritocracy’

For D.C. United’s Quincy Amarikwa and Jalen Robinson, their start in Sunday’s match was well earned. Amarikwa said, “We wanted to come out and prove a point where we are in the season.” He continued, “A lot of the work we put in goes unseen. We have to show up every day prepared to play, and we typically go home disappointed because we don’t get an opportunity to showcase what we can do.”

Amarikwa believes that a player’s time to shine will come, “maybe it’s in week one, and maybe it’s in week 30. I think the guys who haven’t gotten minutes stepped up and showed why and how to contribute. I think it’s a testament to our group. It shows that we have depth… I think building a culture of meritocracy is important here, and I think that’s what we’re doing.”

Jalen Robinson was assigned to the tough task of defending Zlatan. He said, “I think people forget, this is my sixth year. I’ve dealt with forwards like that [Zlatan]…Zlatan is a big dude, but I had to step up to the challenge. No matter what, I just gave it my all for my team. It was just nice that he didn’t score.”

Robinson, who has played with D.C.’s second team for years, is ready to challenge the misconception of the Black-and-Red lacking depth.

“I don’t think people realize; we have a good team. What you don’t see is, our second team has always been good. I think I can testify to that because I’ve been on the second team for so long. We’ve always been super deep. You know, we came out tonight, Quincy, myself, Uli…we came and showed everything we had. What better way to get three points?”

D.C. hits the road to face the Vancouver Whitecaps on Saturday and will return to Audi Field for a rivalry match with the New York Red Bulls on Wednesday, August 21st.