NYCFC at a Crossroads 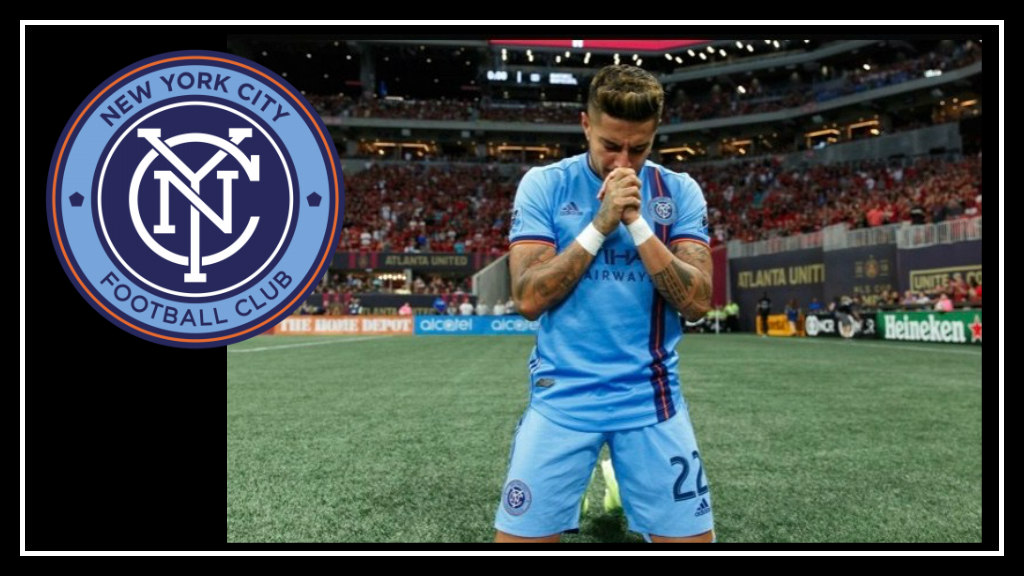 New York City Football Club seems to be at a crossroads now with three games ahead in tight succession between Saturday and August 24th.  The talk amongst fans is how many points is reasonable to expect from these matches and where the season will go from there.

Despite NYCFCs drop in the rankings after Sunday’s game, I’m not concerned. New York City still has 3 games in hand with 23 played while Eastern Conference leaders Philadelphia and Atlanta have played 26 and 25 respectively.   If NYCFC can keep its act together in the next three matches, important points can be gained and they can climb up the table.

Sunday’s match versus Atlanta United in “Atlan-turf” ended with a 2-1 loss, with momentum and possession clearly with the home squad.  It was a ticky-tacky match with a lot of contact, simulation, and aggression.

NYCFC head coach Dome Torrent stated after the match that “You have to be brave to play Atlanta” and it did appear that the team was intimidated by the former champions. Perhaps it was the uncertainty about the fitness of midfielder Maxi Moralez and striker Héber but City did not play with confidence.

Nevertheless, a home field Atlanta is theoretically supposed to win.  They consistently draw a huge crowd, are on an upward swing with their season and are very accustomed to playing on artificial turf.

It’s no  secret that FC Cincy sits at the bottom of the Eastern Conference.  Is this a potential trap game?  With Maxi Moralez perhaps not at 100%, Dome Torrent will may keep him rested and play him only if needed.  NYCFC should completely dominate FC Cincinnati but Dome may be playing to ensure everyone is healthy to face…

Columbus has not had a great season but it has very talented players and they are capable of slaying giants.  (See their win over Red Bulls at Red Bull Arena.) Victory is not a foregone conclusion and City will need to balance strong defending of Gyasi Zardes and Pedro Santos while playing the tight possession-centric style that has served them well.

We need to talk about the strange voodoo powers that RBNY seems to have over NYCFC.  City faces them year in and year out and it seems that NYC either gets completely trounced or barely squeaks by.   (We also see this in the western conference with LAFC versus LA Galaxy.  LAFC can have the best record in the league but just can’t beat the Galaxy.)

There are two ways to look at this game:  Everyone is fit and prepared to go all in and get a win, no matter how many limbs are left on the field or the team plays for a draw, keeping most players from getting injured and look ahead to the rest of the season.

A lot of the noise in players’ heads will be determined by the results of the two prior games.  If they handedly beat Cincinnati and Columbus, I predict that they will walk onto the pitch with chests puffed out and ready to go for a big win. If not, they will play tentatively and will be lucky to gain a point.

All images including featured image by NYCFC.com