The ‘Circus’ Comes to Town: Rivalry Week in D.C. 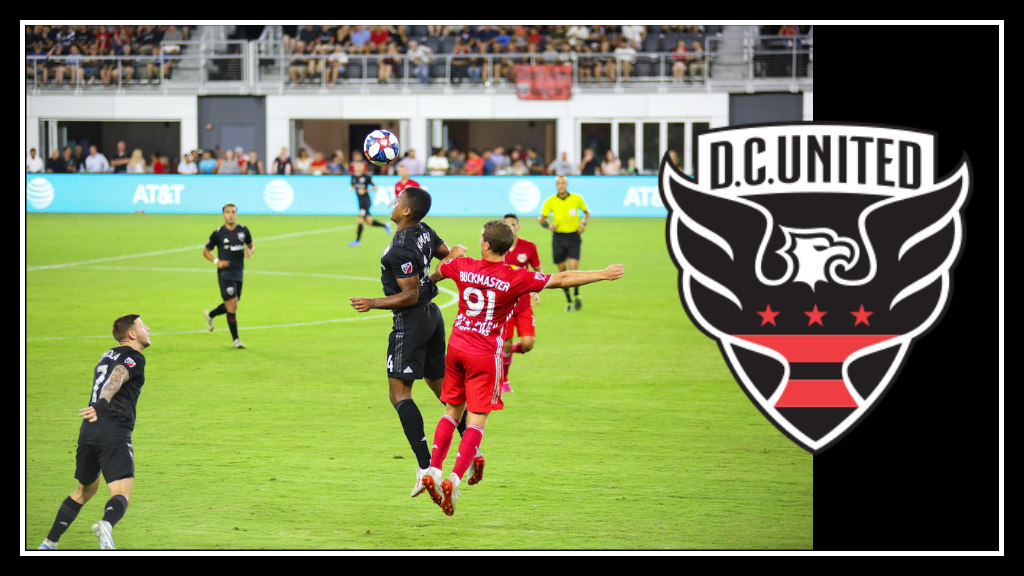 Two of the oldest teams in Major League Soccer, D.C. United and the New York Red Bulls have been at each other’s throats almost as long as the League has been in existence. Times have changed (and so has the Red Bulls’ name, they used to be the MetroStars) and while some believe this rivalry is dead, tonight’s match certainly made the case that the mutual animosity between D.C. and New York (or New Jersey, if you will) is alive and kicking.

Tonight’s match had everything, except for a D.C. win. However, this wasn’t from a lack of trying on the part of the Black-and-Red.

The New York Red Bull’s took an early goal, with Kaku taking advantage of a blind spot at D.C.’s end of the pitch in the 6’. Then things really began to get ugly between the two teams. Escalating physicality did not bode well for either D.C. or New York.

By the 24’, captain Wayne Rooney was booked with a red, taking D.C. down to 10 men. The cards kept coming for D.C. with Felipe Martins being booked shortly after with a yellow in the 34’. New York was shortly left with 10 men as well, when Amro Tarek received his second yellow of the match and left the game just before halftime.

With both sides down a player, D.C. found the equalizer in the 55’. Newly signed Ola Kamara opened his account for D.C. United, finding the back of the net off an assist by Joseph Mora.

It was a bittersweet moment for Kamara. He said, “It would of course been more satisfying if it gave us a point or three. But of course, it feels good to get out in front of the home crowd and score a goal… It was a great feeling to start again.”

D.C.’s elation wouldn’t last long. After a controversial call by referee Ismail Elfath against Lucas ‘Titi’ Rodríguez, New York’s Daniel Royer cashed in on a penalty kick, bypassing D.C.’s goalkeeper Bill Hamid to claim another point on the scoreboard for the Red Bulls in the 59’. Black-and-Red supporters made their disapproval of Elfath’s call known throughout Audi Field, as they chanted and booed the official. Post-match, coach Ben Olsen would say, “It’s the wrong call. It’s a dive.”

Even with two relatively early (for Olsen) second half substitutions made, D.C. United couldn’t seem to regain the ground lost, despite the chances they continued to create. It seemed that every time D.C. built momentum, the whistle would sound again.

Quincy Amarikwa, who entered the match for Ola Kamara in the 69’, is well known for his ability to get into his opponents’ heads and exploit any sign of mental weakness. An ability he put into action against the Red Bulls tonight. “I would’ve liked to get in earlier,” the forward said, “I feel I could have created more opportunities. You know, we were really breaking them down at the end there. They were really struggling to hold on to the lead. You could tell with how often they were going down.”

Although there were 8 minutes of stoppage time added to the match (which turned into more), it wasn’t enough for D.C. to secure a comeback. The final score line of 1-2 didn’t seem to reflect the tremendous effort put in by D.C. United on the pitch.

As for Kamara, he is happy to have made a return to Major League Soccer. He said, “I really enjoy my time here. I have a lot of fun and I know so many people here too, so I see a lot of familiar faces. Coming to D.C. too, there are a lot of great guys, so it’s been very positive, I’m very happy.”

As the weekend approaches, the Black and Red will make a road trip north to face the Philadelphia Union on Saturday. With Wayne Rooney serving a suspension, it is highly likely we will see Ola Kamara in the XI again. Let’s hope his incredible positivity is contagious.