Loons Highlights With All The Feels 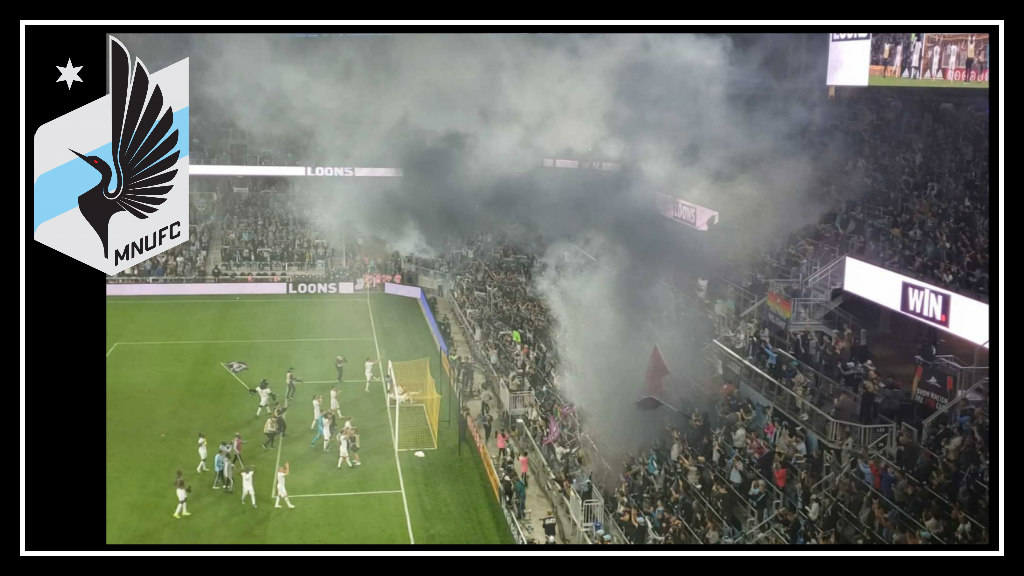 While the month is ending on a good note for the Loons, with an exhilarating mid-week win clinching the club’s first MLS postseason appearance, September has truly been a mixed bag for Minnesota United. As the Loons prepare for their final regular season appearance at Allianz Field, let’s review the emotions and results of the past month.

United commemorated 9/11 in Houston, with what should have been the first episode of Batman vs. Superman. Fresh off of the international break, Loons fans expected to see Miguel ‘Batman’ Ibarra suit up against best friend, and former teammate, Christian ‘Superman’ Ramirez for the first time since the latter’s midseason departure in 2018. Instead, Ibarra viewed the match from the stands with Ramirez’s wife and daughter while Adrian Heath’s favored international stars took on the Dynamo with tired legs.

It didn’t go well. Fielding a 4-3-3 to compensate for the absence of an injured Darwin Quintero, the Loons struggled to find anything resembling a rhythm. Mason Toye and Thomas Chacón were not able to connect with anything resembling chemistry up top and the midfield struggled to string together any threatening passes. Ethan Finlay, playing on Toye’s right, was the only noticeable attacking mid, both for his box-to-box runs and a couple spectacular misses toward goal. And so, it was only fair that Ramirez be the one to put the last nail in that road trip coffin:

Darwin Quintero made a strong and healthy return to the Starting XI when Minnesota hosted Real Salt Lake on September 15. The Loons were down early on a Albert Rusnak goal in the 17th minute, but just minutes later, Quintero humiliated the RSL defense, leveling the score and giving us a perfect illustration of Nick Rimando’s legacy against Minnesota attackers:

The Loons pulled ahead early in the second half, with an equally beautiful brace from Quintero. A final goal from Ethan Finlay in the 81st minute sealed the result and allowed MNUFC to bounce back up to second in the west. Amazingly, they pulled it off with just 38% of the possession and fewer than 400 passes — a testament to the system and chemistry in that night’s lineup.

Frustration in the Portland Forest: 0-0 draw

Did anyone really want to win last Sunday? Did either team, other than the goalkeepers, know a playoff berth was at stake? Despite a flurry of shots, a bevy of saves and much cursing (and worshiping) of the crossbar gods, United’s trip to Portland was a non-starter. Vito Mannone had words with a handful of teammates who he felt had left him an unfair amount of work, but he managed to keep the clean sheet.

“I’m trying to think of a really, really classic save. I think he save the ones he should’ve saved but we needed him,” said Heath. “When you go on the road at places like this, you know your goalkeeper is always going to have to play well and I thought he did.”

Meanwhile, this writer stepped away from the screen mid-match to do something unprecedented — unpack from a weekend trip within hours of getting home. And she missed nothing, other than a Mason Toye embellishment foul (which prompted his second disciplinary fine within a week) and a few expected saves from Mannone.

On a night when a win would seal a playoff berth, Minnesota faced perhaps their most comfortable opponent — the ever-present Sporting Kansas City. Minnesota even cranked up the Nice Factor by serving tater tot hot dish in the press box. Obviously, the officials were not given a helping of this northern comfort food:

There was no VAR call for this questionable seventh minute goal and the remaining 38 minutes of the half could only be described as flustered. The Loons weren’t able to cancel out Barath’s questionable goal until late in the second half. Captain Ozzie Alonso found himself on the end of a set piece rebound and fired off a shot nearly identical to his goal on opening night:

For the remaining 20 minutes, it appeared both teams may be dropping two points that night. The frustration came roaring back for fans and players alike. But then, just as stoppage time was announced, United’s Rookie of the Year contender sealed the deal. It just took a little help from Barath (of all people).

Hassani Dotson’s shot took a deflection of the Kansas City defender and found its way past Tim Melia. And chaos ensued.

Three points. Playoffs. Euphoria and validation. Was that the biggest goal in Dotson’s career?

“Yeah, I would say so. It was the game winner but the credit goes to the team and all the effort that everyone in the organization has put in for us to get here.”

But it is not over yet.

“Let’s go on and see if we can win this game against LAFC,” said Heath. “I know nobody gives us a chance, but it’d be nice to beat them on Sunday and that’ll be three times we’ve beaten them out of four.”

And so, we go again.