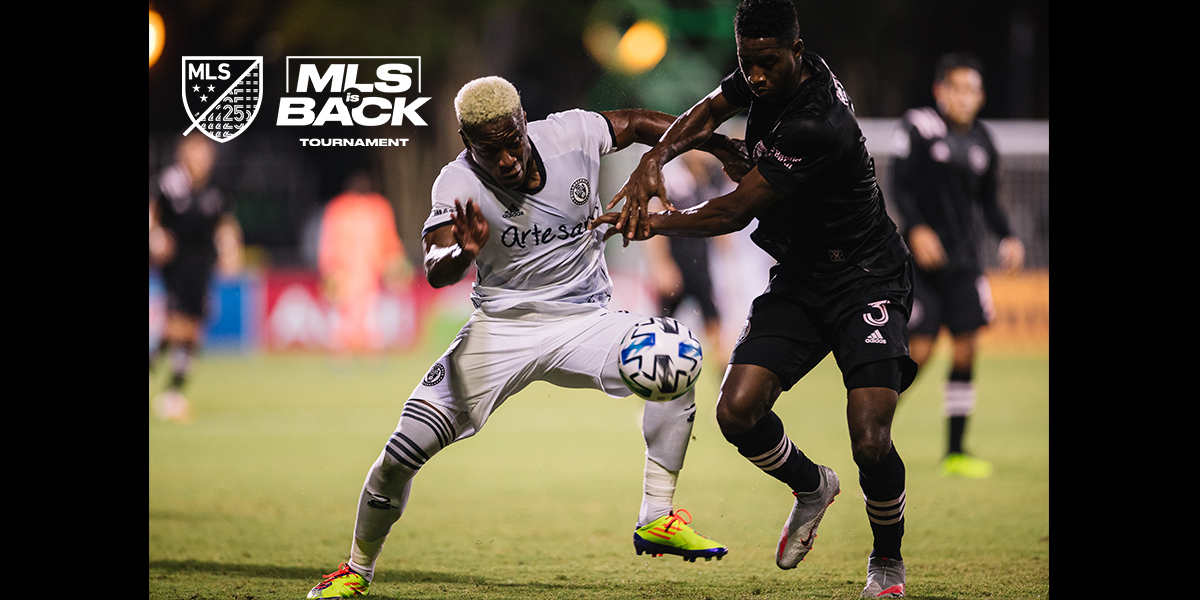 The second round of Group A play saw Philadelphia Union join Orlando City as the first teams to punch their tickets to the round of 16. For Inter Miami, Tuesday night’s action was highlighted by Roman Torres’ return from suspension, after being caught using performance-enhancing drugs.

Union took an early lead thanks to Kai Wagner’s goal in the 4th minute from the top of the box. Kacper Przybylko followed that up with a goal in the 26th minute, but it was quickly overturned due to him being offside.

Inter Miami did not take these goals lying down and scored to tie the game in the 36th minute. Philadelphia keeper Andre Blake played a great game, but missed stopping this goal thanks to mass confusion in front of the net.

The second half played out with a little more excitement than the first, though the stats were similar. Inter Miami had the higher possession percentage and more shots taken, but it wasn’t enough to take three points in the end.

Przybylko finally got his goal in the 62nd minute and put the Union up by one. Not long after, Inter Miami was awarded a penalty kick for a handball in the box, but had it taken away after VAR review showed that there was no handball after all.

Inter Miami’s best shot at tying came from a Roman Torres header, which bounced off the crossbar after a corner kick in the 88th minute.

In the dying minutes of the game, Miami’s Andres Reyes was sent off after getting his second yellow card for a foul on Przybylko. This means that not only does Inter Miami go home after their game against NYCFC, Reyes will also not be available for the first game when the regular season returns.