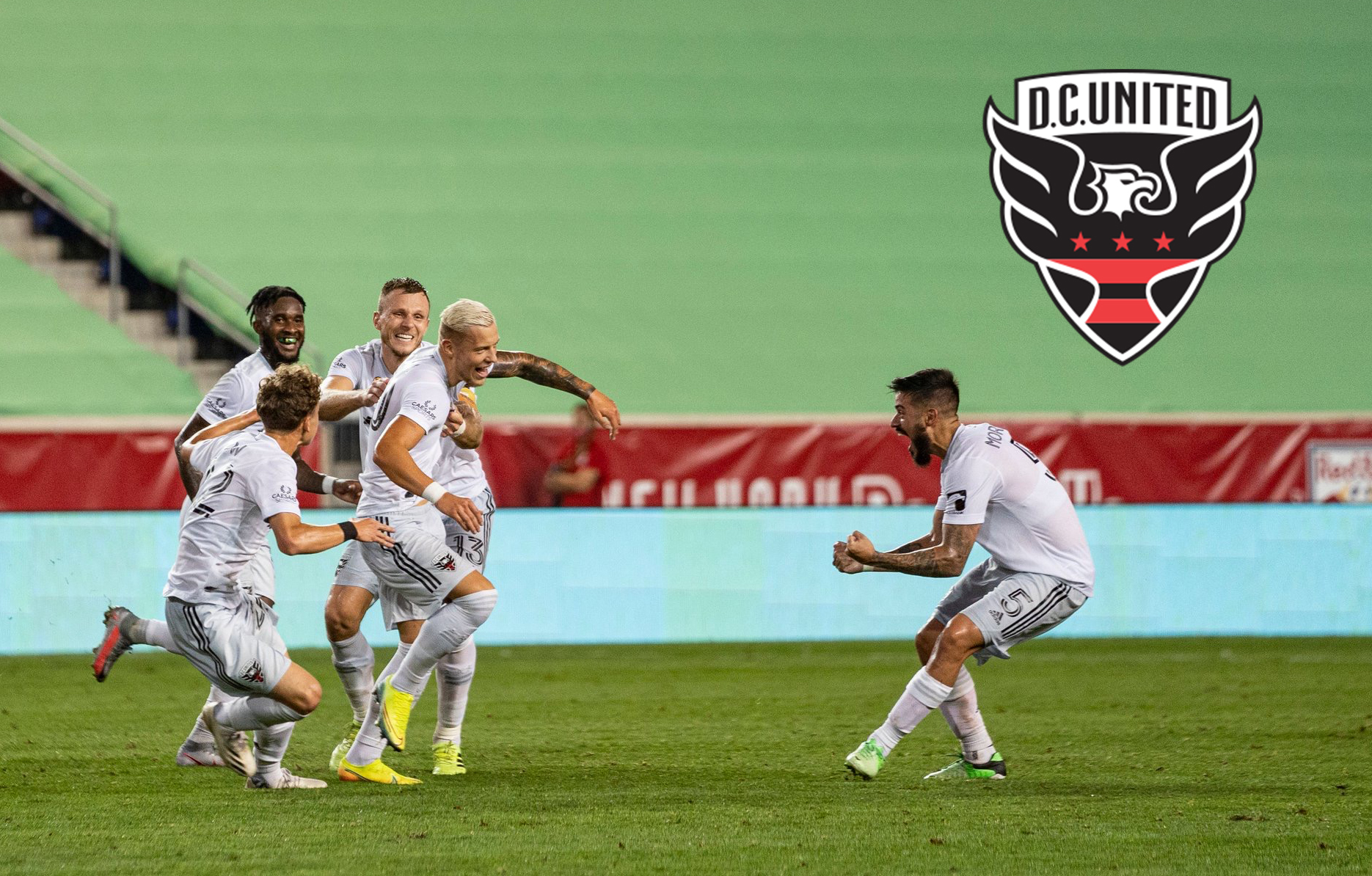 D.C. United supporters haven’t had much to be excited about lately. A spate of injuries has sidelined many starters, including fiery midfielder Felipe Martins who suffered an ACL tear this past week in practice.

The Black-and-Red’s last win happened all the way back in March before the pandemic postponed the MLS season indefinitely. It was certainly high time for a D.C. victory, and what better way to win a match than against longtime rival, the New York Red Bulls.

It was hard to be enthusiastic after a Saturday drubbing by the Philadelphia Union that saw D.C. suffer a 4-1 loss, with both players and head coach Ben Olsen acknowledging that the team’s performance simply wasn’t good enough. But, despite missing star goalkeeper Bill Hamid (personal reasons) and many other starters due to injury (Birnbaum, Canouse, Flores, Martins…), Olsen wasn’t accepting or making any excuses. D.C. had a job to do.

While D.C. struggled to make connections, especially during the first half of the match, they were spectacular in defense and refused to cave to the Red Bulls’ pressure. Veteran defender Frederic Brillant, who also captained the team this match, demonstrated just how valuable he is to the squad and why he’s been so sorely missed. Brillant was absent for the Philadelphia match due to an ankle injury but rallied to play against the Red Bulls.

Both sides saw late first half chances, but neither team was able to convert, and they headed into halftime scoreless. The Red Bulls’ Barlow had two dangerous chances, the first in the 27’ and the second in the 35’, both of which were quickly denied by Chris Seitz. D.C. found their first moment in the 32’ when Kamara attempted to redirect a ball from Asad. Unfortunately, Ryan Meara intervened, sending Kamara’s shot over the bar. Mohammed Abu, in his first start for D.C., found another chance in the 42’, however, his shot also went high, sailing over the bar.

The second half carried on much the same as the first, with D.C. and New York stuck in a seemingly endless back and forth resulting in nothing for either side. Kamara was positioned to net a golden shot for D.C. in the 52’, but the Red Bulls’ Nealis came out of nowhere with a last-second tackle to drive the ball off course. Pendant nearly pulled one back for the Red Bulls and, had it not been for Brillant’s quick action to clear the ball, he would have succeeded. Homegrown defender Donovan Pines put in a standout performance, making a series of key contributions to the defense that kept D.C. out of trouble and helped goalkeeper Chris Seitz maintain a clean sheet.

Despite a flurry of substitutions, neither side seemed to be able to find a tipping point, until Olsen sent in Erik Sorga. The 21-year-old Estonian striker entered the match in the 90’ for Kamara and found the game-winner in short order. A corner by Julian Gressel seemed destined to go to waste when Red Bulls’ Tarek got his head on it. Sorga instinctively found the ball and fired a blazing shot from outside the box that shaved one of the opposing defenders before finding the net behind a stunned Meara. While referee Saghafi went to VAR for review, Sorga’s goal (and D.C.’s win) stood.

16-year-old homegrown player Moses Nyeman made another appearance for the Black-and-Red, entering the match in the 78’ for Mohammed Abu and stepping up for the team.

Homegrown Kevin Paredes put in another brilliant effort on the pitch, making the case for why Olsen should keep him in the XI. Among Paredes’ contributions – a positively filthy backheel and going one on one with the Red Bulls’ Barlow – is an unteachable moxie that makes him one to watch.

Obviously, 21-year-old Sorga scored the absolute banger that secured D.C.’s 3 points. Do yourself a favor and watch that one again:

It doesn’t take a star-studded roster to win games.

Yes, D.C. is down quite a few players due to injury and doesn’t quite have the ‘Rooney-effect’ going on these days. It doesn’t matter. Once the Black-and-Red rally mentally, they are able to take advantage of the talent they do have on the roster. The players on the pitch against the Red Bulls gave it everything they had and there were several standout performances that made contributions to the win.

The Black-and-Red end their road trip and head home to the district to host NYCFC this Sunday at 7 pm EST. Make sure to tune in on ESPN+, MLS Live on DAZN, WJLA 24/7, or my personal favorite, dcunited.com.