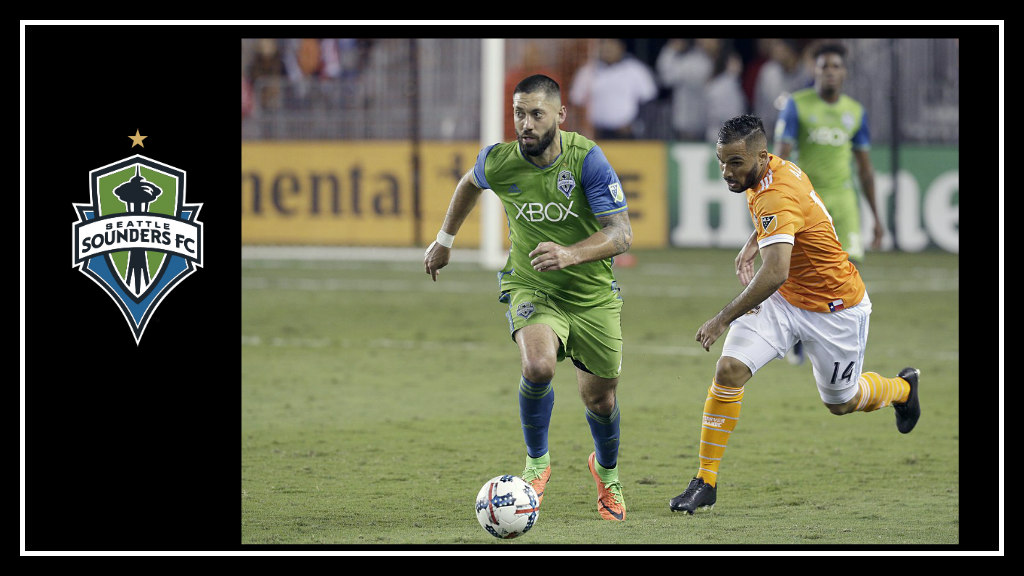 “The Seattle Sounders had less than a 3 month offseason”, is the apparent and obvious excuse for the team’s loss Saturday against the Houston Dynamo. The Sounders opened in Houston on Saturday evening. It didn’t go as hoped for the reigning MLS Champions- the team lost 2-1. By the end of the first half it was 2-0 in the Dynamo’s favor. Things weren’t looking good for the Sounders.

The Sounders lined up in a 4-2-3-1 with MLS Cup hero Stefan Frei as goalie, Gustav Svensson as right back and Joevin Jones as left back. The big guys, Roman Torres and Chad Marshall played at center backs.

Alvaro Fernandez and Nico Lodeiro started as right and left mids, respectively, and Clint Dempsey returned to MLS play after being sidelined with an irregular heartbeat last August. He played at attacking mid. Jordan Morris, 2016 rookie of the year, started as forward, like he did much of last season.

Frei had several good saves early but Houston took the lead on a free kick by Erick Torres just outside the box. Torres got the ball up and over the wall and sent it into the back of the net. 1-0. The Dynamo scored their second goal on a beautiful bending shot by Romell Quioto.

The Sounders got one back in the second half on a goal by the one and only Clint Dempsey in the 58th minute. The goal came from Joevin Jones sending in a cross, Jordan Morris tried to hit it in, missed, and caused the ball to come loose in the box. Dempsey reacted quickly and sent the ball into the net.

Houston applied lots of pressure in the first half then their intensity dropped off in the second half.  The Sounders kept control of the ball better in the second half and looked more like their Championship winning team. Jones had several good and dangerous crosses and Morris had a great run in the 77th minute.

Brian Schmetzer said that it was a “good learning tool” for the Sounders. The locker room was quiet; Morris remarked in his post-game interview that no one likes to lose. The Sounders will play again Saturday in Montreal. 5 of their first 7 games are on the road.