When real life gets in the way… 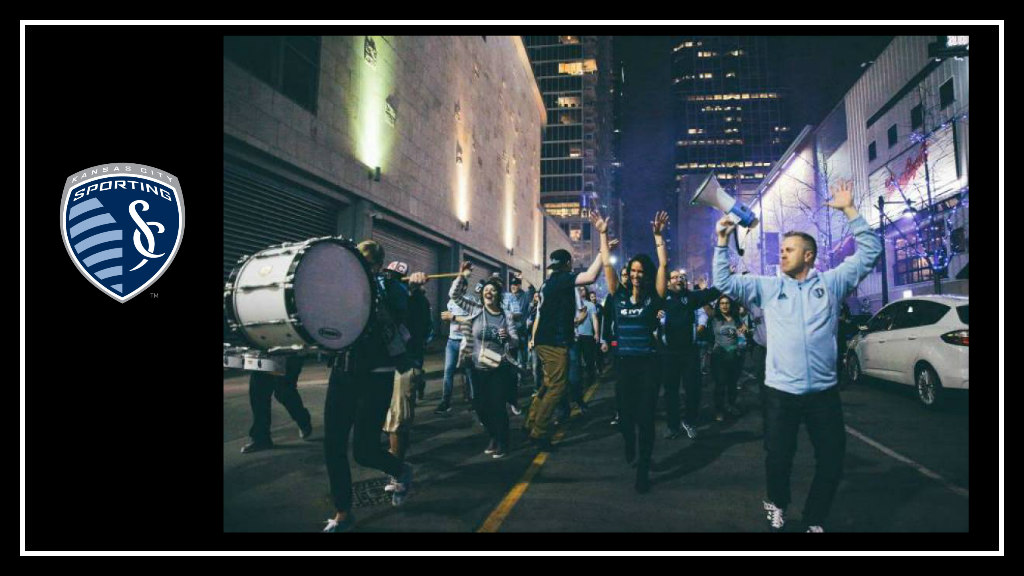 This was my matchday in a nutshell. As I mentioned in my “About Me” article I am a Graduate Student at the University of Central Missouri (UCM). Part of my job is to run the UCM Pep Band for basketball games. This is normally not an issue and a super fun part of my life, but this time it got in the way. Both the Men’s and Women’s teams, the Mules and the Jennies, were playing in the MIAA Conference Basketball Tournament in KC this weekend, and I had two games on Saturday. The Mules played at Noon, and the Jennies played at…you guessed it…6:00pm, AKA gametime.

My husband was lucky enough to get to No Other Pub, our Sporting KC bar in the Power & Light District, to watch the game with members of The Cauldron who didn’t make the trip up to DC. *Side note: Great job to The Cauldron and SKC for having the most traveling fans of any MLS team by far this week! Anyway, my husband was at No Other Pub and kept sending me updates by text, when he remembered. Here is the extent of my gametime commentary:

“Gerso is contributing a lot”

and that was it…please note his lack of punctuation. All of these things happened before 17 minutes on the clock. The lack of communication may have been helped out by the $30 unlimited burgers, wings, and beer at the watch party.

So, here are my thoughts from watching the game and highlights, and listening to interviews after the fact.

Sporting KC’s starting XI has gone through some changes since last year with the retirement of Paulo Nagamura and Brad Davis and Jacob Peterson being signed away by Atlanta United. Last year we also had a crazy defensive rotation that was forced by injuries. Hopefully this season we see a stabilized line up with Captain Matt Besler, a healthy Seth Sinovic and Ike Opara, and utility man Graham Zusi.

One of SKC’s immediate needs was to get Dom Dwyer some help up front. The answer for this first game was the addition of Gerso Fernandes and Jimmy Medranda on the wings with Benny Feilhaber and Roger Espinoza at attacking mid. Gerso has previously played in Portugal, and he made an impact right off the bat. Not only is he fast, but there was a play late in the game where he made a crazy shot from right inside the box. It would have been perfect if he had been another 10-15 yards out.

The player of the game definitely goes to Tim Melia. This may have been the hardest I have seen anyone work for a clean sheet. Shots seemed to come in flurries, and there was no relaxing in goal. Timmy also had some assistance from his teammates with Jimmy and Dom providing huge goal-saving headers in the 66th minute. Tim’s heroics in no way diminish the show put on by DC’s Bill Hamid. Dom, Benny, Gerso, and Jimmy all had some legitimate chances, and Bill was on fire, so props to Bill!

Though it was freezing out, manager Peter Vermes chose to keep all 11 starters in for the full 90 minutes. I don’t think this was detrimental to the team’s performance though, because the guys were still playing strong at the end of the game. It seemed like DC United was bunkering down in the last ten minutes, and SKC was still making chances literally up until the final whistle.

Some things I’m curious to see coming up this season are how Jimmy and Zus are utilized, Latif Blessing…period, and the return of Soony Saad. Blessing may prove to be one of the fastest players in the MLS, and he was the leading goal scorer in Ghana’s premier league last year. Look for him to get worked into the line-up soon. Soony’s return is also a big point of interest, because him and Dom have had such great chemistry on the front line in the past.

This week is the home opener at Children’s Mercy Park, and there’s supposed to be freezing rain…welcome to Kansas City.

Oh, and by the way, the Jennies lost…

*The Tuesday before the game SKC hosted a preseason kickoff party, and that was the best time! We got to meet a few players, and play drums in the fan march through downtown KC! I was on Dom Dwyer’s insta story, so that was pretty awesome.