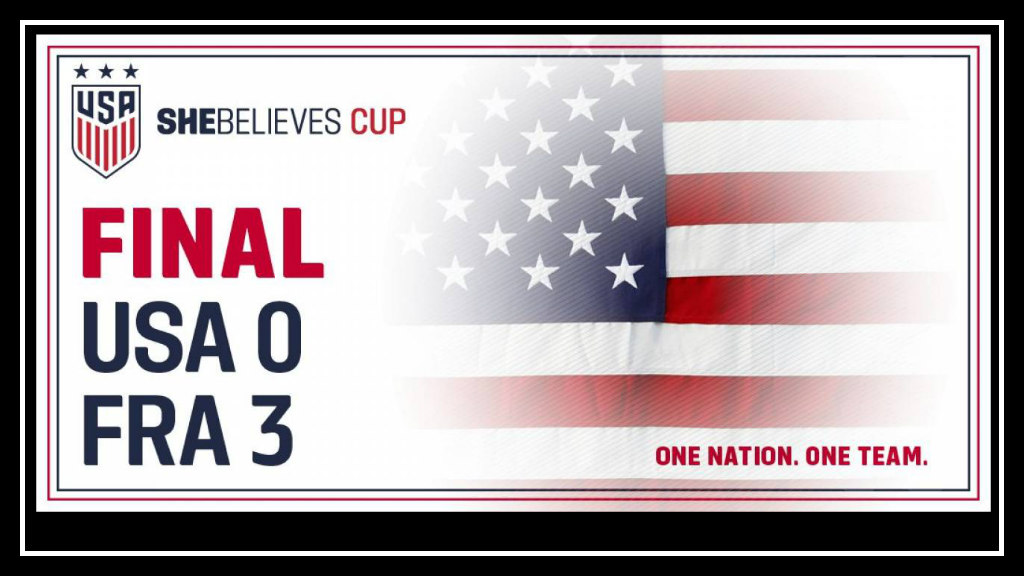 10 minutes in. 2-0 France. If you know anything about the United States Women’s National Soccer Team you would be very surprised with this scoreline. You wouldn’t have expected the United States (yes the same team that went 520 minutes without conceding a goal in the 2015 Women’s World Cup) to be down 2-0 that early, even to an opponent as quality as the French national team.

In the 7th minute, France slipped the ball in between 2 of the United States defenders, causing Alyssa Naeher to try to stop the one on one with Eugénie Le Sommer. She mistimed her tackle and clipped Sommer’s feet instead of grabbing the ball. This resulted in the first yellow of the night and a penalty that Camille Abily converted.

2 minutes later in the 9th minute, the United States was caught in transition while France played a ball over the USA’s backline. Eugénie Le Sommer beat Allie Long in a foot race and slotted it home to double their lead.

In the 63rd minute the French had a great 3 player combination down their right side to beat Casey Short and send in a cross that Camille Abily tapped in.

The United States best chance came in the 56th minute when Mallory Pugh cut inside and hit a near post shot forcing Meline Gerard to make a save.

Although the USWNT used all 6 substitutes to try and get back in the game, the French women held onto their 3-0 lead to win the game. This win put them in first place of this round-robin tournament, evidently winning them the title of the 2017 SheBelieves cup champions.

The SheBelieves cup is officially over so the next time you will see the USWNT is April 6th in Frisco, Texas. If that is too long to wait, the USMNT is playing in a huge World Cup qualifier against Honduras on March 24th.