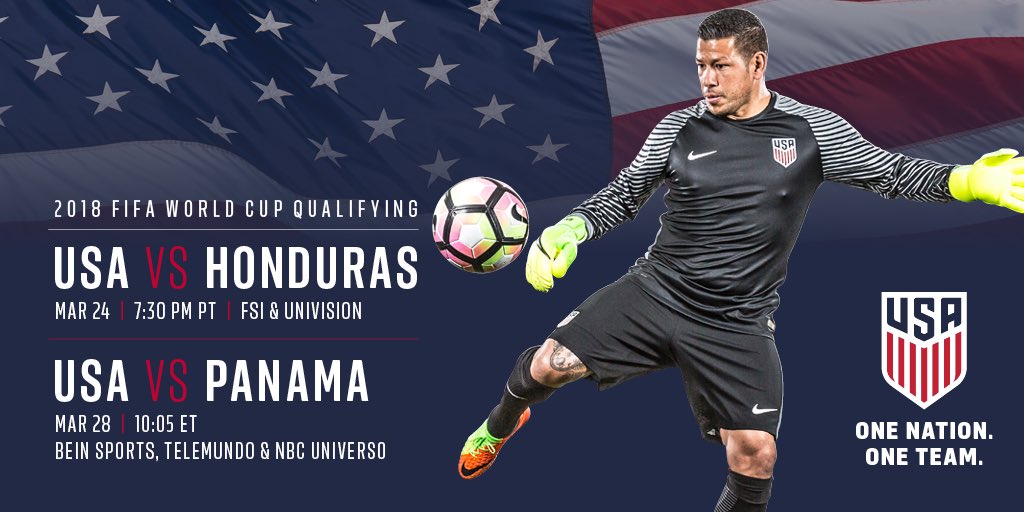 Head coach Bruce Arena has just announced the 24 men that will take on Honduras and Panama in order to hopefully qualify for the 2018 FIFA World Cup in Russia.

DeAndre Yedlin: The 23 year old right back was left off the roster because of an injury he picked up with his club Newcastle. They are awaiting a second opinion on his thigh injury. This is a key loss to the USMNT since DeAndre has been a consistent part of the team with 43 caps since 2014.

Clint Dempsey’s return: After being diagnosed with an irregular heartbeat causing him to not be with the USMNT since the 2016 Copa America, the Clint Dempsey is making his way back into the national team. This is a major bonus for the USMNT as they get their 2nd all-time leading goal scorer back into their artillery.

Christian Pulisic: The 18 year old has been on fire lately. He scored 3 goals in 4 matches for his club Borussia Dortmund . Including the opening goal in a 3-0 win in UEFA Champions League play. He became the youngest person to score in champions league for Borussia Dortmund This is great momentum going into these crucial games for his country.