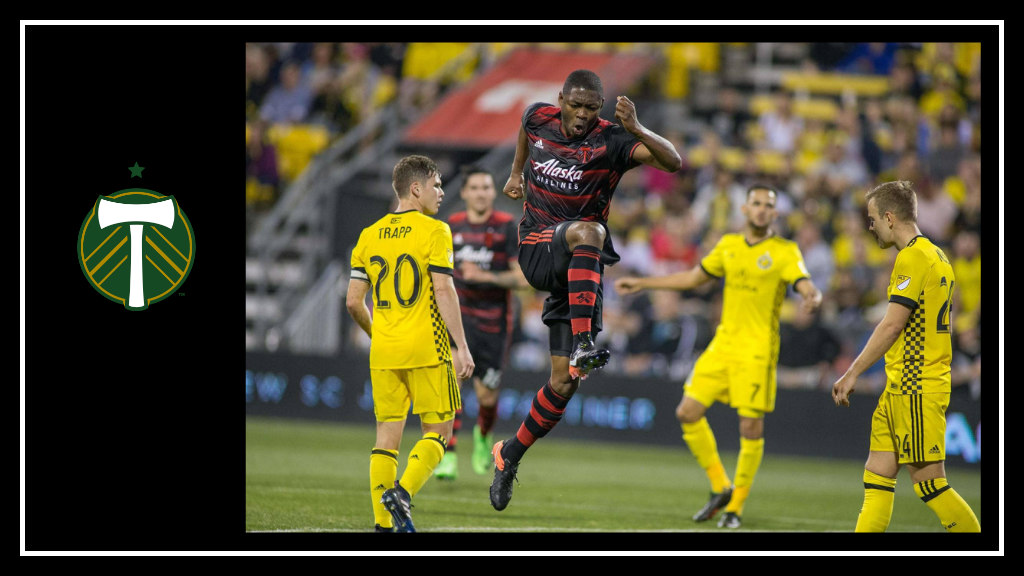 I will always have a special place in my heart for Columbus. Aside from the obvious in 2015, there was this moment (which made me love Savannah forever, she is an awesome human) and this lovable yet incomprehensible video from 2013 (no, please do not ask me to explain it; I cannot). Since we HAD to end the winning streak somewhere, it might as well have been at Mapfre.

I was happy to see Dairon Asprilla get the start. He has had a second chance and a new beginning with us this year after last season’s loan to Colombian side Millonarios, and this weekend he made it count. In the fourth minute, in his first start for us this year, Asprilla had a beautiful right-footed cross to the left of the net. I was worried about Asprilla’s ability to fill in for Darlington Nagbe when it came to possession and ball handling, but I looked forward to his more aggressive stance when it came to shooting.

Fanendo Adi worked his usual magic, scoring in stoppage time at the half to pull the Portland Timbers level at 2-2, tying the Timbers all-time scoring record in the process. I watched the replay, and I can only describe what Columbus Crew did in response to Adi as “the campfire defense,” something I would argue that our back line was notorious for carrying out in 2011 and 2012. The Campfire Defense occurs when three or four guys in the back more or less make a circle around the opposing player, much like huddling around a campfire, and watch the ball in fascination as the offensive player shoots and scores; and that’s pretty much what Columbus did for Adi’s goal.

Speaking of Campfire Defense: we were hurting in the middle and the back in this game. Ultimately we got burned because Columbus REALLY owned us in the middle. We had two key players out for international duty (Nagbe for the US and Davíd Guzmán for Costa Rica), and it showed. Without Nagbe for possession and Guzman for the 50/50 balls, when Columbus threw everything and the kitchen sink at us in the middle of the field, we were unable to respond (a little over 35% possession, which is definitely NOT okay with Porter).

And once again, with a back line consisting of mostly second stringers, our defensive unit did not handle the pressure well. While we were always in the hunt, our back line did not react well in general. We got burned in the 11th minute by Justin Meram cleaning up after a corner kick for Columbus’s first score; Ola Kamara  took advantage of some flat-footed defense at the 19th minute to chip Jake Gleeson; and the final goal by Niko Hansen in at the 84 minute mark ultimately did us in. All three of these goals made our defensive unit look disorganized, to say the least.

Once again, the Timbers Army on the road represented well. This is the second away game that our road support has purchased pretty much every ticket available in the away supporter allocation. Win, lose, or draw, our away support makes me proud.

I’m also proud of our work off the field. Locally, supporters in Portland and Beaverton put in shifts at the Oregon Food Bank on game day, packing food for the hungry before heading out for watch parties. Team, Town, TA is still in full effect. Well done, folks.

On the field, our strength this year will be the counterattack, the control in the middle, and our attacking line in general; and our biggest challenge will be our, er, less than stellar back line. As I’ve said before, our season will probably best be summed up as “Last Goal Wins.” It’s been true so far, for better or for worse.  See you all next week at home as we battle New England Revolution on Sunday.