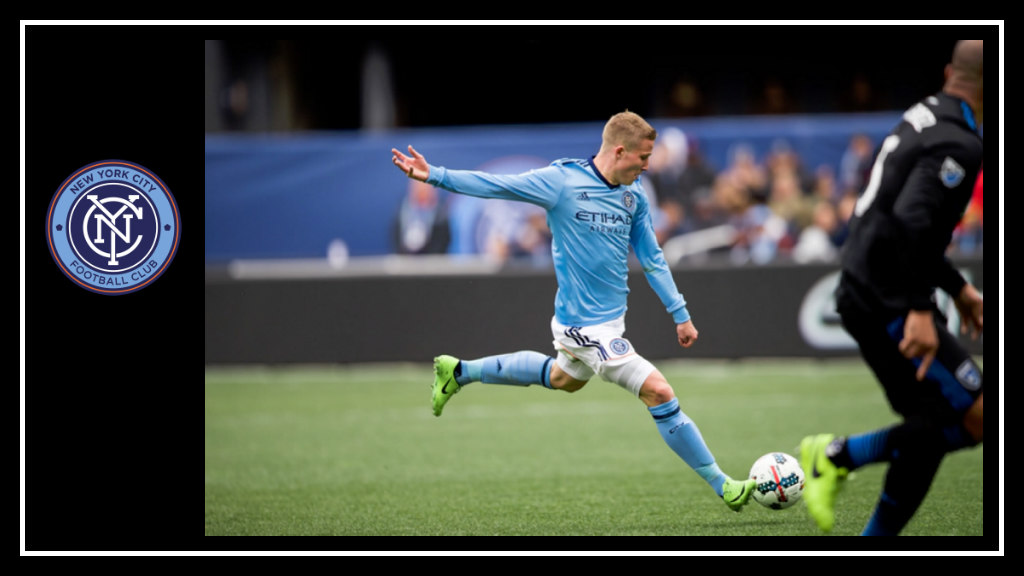 I love when soccer stresses me out.

Yes, it’s nice to get decisive, comfortable wins. I’d certainly never be foolhardy enough to turn down an early lead and a clean sheet. That feeling of assurance that your team will win is irreplaceable (and rare).

But there’s a certain magic in coming up from behind.

The true mettle of a team tends to show its face when the scoreline isn’t skewing in their favor. It’s easy to fall to pieces when the opponent has the advantage. It’s easy to panic, to get desperate and sloppy. It’s much harder to keep heads up, eyes forward, and minds clear. Despite San Jose Earthquakes‘ early goal on Saturday, the boys in blue managed to retain their focus and pushed hard to come back.

Jack Harrison scored the equalizer just ten minutes in, off of a so-casual-it-couldn’t-possibly-have-been-on-purpose (but it was!) backheel from David Villa. I’m a huge fan of the Villa-Harrison connection. The two of them read each other incredibly well and always seem to know where the other is without looking.

That quick comeback gave New York City FC the confidence to keep persisting through the first half, though nothing came to fruition. Alex Ring, in particular, was doing the most he could to get a goal. It never quite came together, but he was delightful to watch. Ring is graceful with the ball at his feet — the word delicate even came to mind as I was watching him. It’s refreshing to watch.

Things never looked hopeless for NYCFC, but the struggle to find attacking harmony in the second half was undoubtedly real. And then, cometh the hour, cometh the man: Just six minutes after his substitution, West Nyack’s golden boy Tommy McNamara found the back of the net. Who else? Who but T-Mac could pick us up when we’re down?

Of course, to credit the goal just to Tommy would be doing a disservice to the beautiful play that led up to it. It truly was a team goal, which makes the turnabout win so much sweeter. Rodney Wallace passed to Villa, who coolly laid it off for Rónald Matarrita — and he could have gone for goal there, he really could have, but at the end of the day Mata is an architect, not a showboat. He saw Tommy with space and handed him the goal on a silver platter. It was one of those glorious moments in soccer where everything comes together so quickly and seamlessly, you have to wonder why you were ever stressed to begin with.

Those three points at home bring NYCFC up to a three-way tie for second place in the Eastern Conference. It’s still early, but I remain confident as ever that this is a stronger, better, faster NYCFC. This comeback just solidified it for me. Nothing is impossible if we keep this attitude up.

What else went down?

Next weekend you can find me at Avaya Stadium in the Sounders supporters’ section with my Seattle-loving friends! But I’ll be back on Sunday to watch a replay of NYCFC’s match and report on it… if we win. If I find out we lost, I may mysteriously be too busy.