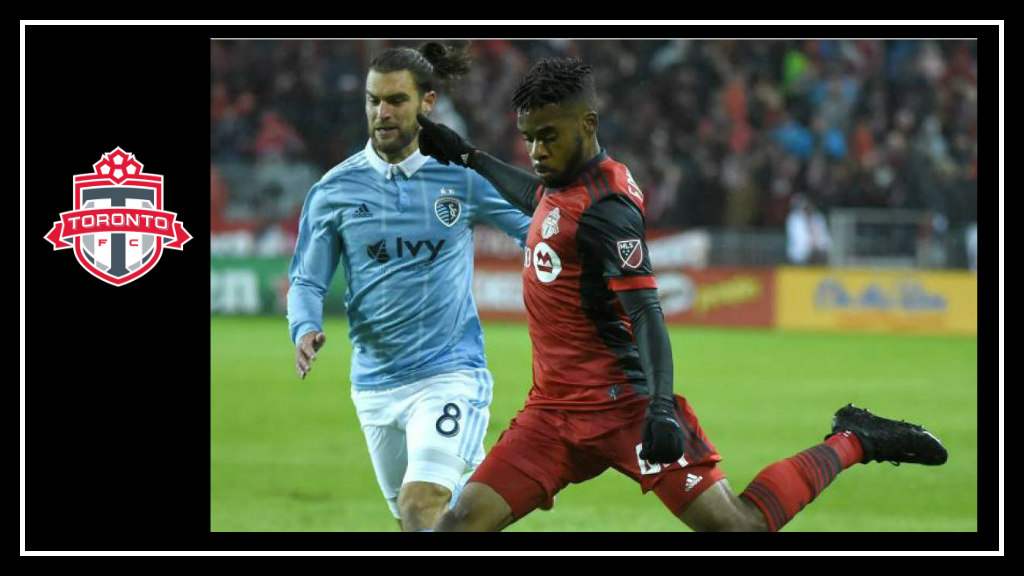 Toronto FC song(s) of the match: Have You Ever Seen the Rain? By Creedence Clearwater Revival AND Raindrops Keep Fallin’ On My Head by B.J. Thomas

I’ve got CCR on repeat and I’m trying to find inspiration in a game that was all washed out. We came, we sang, we drew, we froze half to death. That’s not to say I don’t still have complete faith in this team, that’s not to say I’m not proud we’re still undefeated in the league, but things are starting to feel a bit repetitive.

3 out of 4 games draws, 2 of them scoreless, and one relatively late winner that was more than overdue. And still Sebastian Giovinco hasn’t scored.

Don’t get me wrong, it felt so good to be home. Too good! So good I’ll forgive the cold that settled in my bones and the strange feeling that I had just taken a dip in Lake Ontario on my way to the stadium. Boy did it rain! But still.

Being among the fans again, singing our hearts out, it just felt so right. I hope the players felt it too. I hope BMO Field instills in them the same passion it does me and the thousands of others who sang and cheered like we could still feel the tips of our fingers. And to the Inebriatti guy who still took his shirt off in the second half; you’re really something else! That is passion.

I was, to say the least, not amused last game when we fielded a starting XI without a single Canadian player in it. Raheem Edwards silenced anyone who could have thought that was for the best when he set up a great goal off the bench in Vancouver and Jonathan Osorio asked questions too with his assist.

Edwards is still silencing any dissent with his phenomenal performance on Friday night against Sporting Kansas City. The kid was everywhere! The ground he must have covered! He provided a great option in the absence of Justin Morrow and he was well served in a 3-5-2 formation, a very attack minded player but not without his defensive prowess. Particularly impressive was his far post header save in the dying minutes of the game, a moment that could have proven the difference for SKC. This young local guy has my man of the match vote and I sincerely hope we consider him as more than just a stand in for future games.

Speaking of Canadian players, after reminding myself a dozen times this is not an article about Jonathan Osorio, I would like to take a moment to acknowledge that it’s okay to sky a few shots! I know nobody is going to be as upset about this as he is but it’s worth noting that besides missing 3 sitters he had a pretty good game overall. Good passing, good positioning, his defensive game has improved a lot lately, and he always has a good read on the game. The shooting can be practiced! I only hope he isn’t too hard on himself, and finds the positives in his game as well as the room for improvement.

Finally, we unfortunately saw Clint Irwin forced off on injury late in the first half which is never ideal. I wish him the speediest recovery and I’m hearing he’ll miss 4-5 weeks with a hamstring strain. I’m just so glad we have an extremely capable backup by way of Alex Bono. He rose to the occasion and he got that clean sheet and he made two great saves in the process. It’s really nice to have not one, but two goalkeepers in whose hands I feel completely safe.

To my fellow fans: I’m so happy to see you again, we had a great first game back and you lot always make BMO Field the best place to be in the world. To the players: Welcome home and see you in a week. Undefeated, baby!