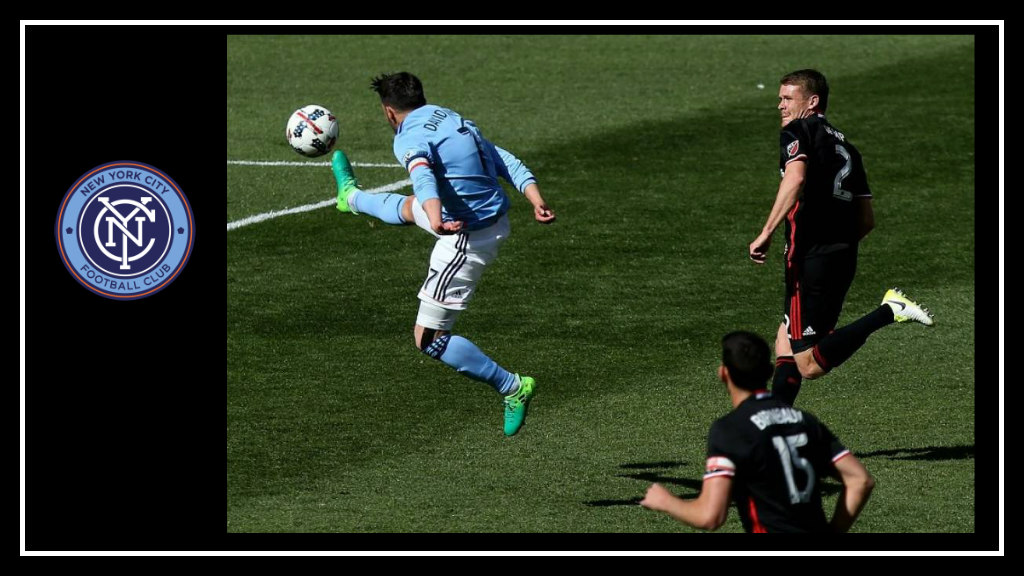 While I was on my way to San Jose to watch the Seattle Sounders bottle their lead in the 90th minute, DC United got their revenge on New York City FC.

I kept up with the match in live time as best I could via Twitter, and honestly? It felt a bit like the olden days of supporting NYCFC.

That isn’t necessarily a good thing.

From a first half filled with possession and chances but no actual finesse on the finish to disastrous defensive blunders in the second half, it was vintage NYCFC at its worst. I’ve now watched and rewatched the error between Maxime Chanot and Frederic Brillant that led to DC United’s first goal upwards of twenty times, trying to figure out where the communication breakdown between defenders occurred. My ultimate conclusion: It never existed in the first place, and that’s the crux of the problem.

Ethan White, who’s been a phenom for NYCFC’s defense in his last three starts, was inexplicably benched for Brillant. Now, do I think that switch alone was what doomed the boys in blue? Not at all. Club over players, always. The team was low-energy, and to lay that blame at the feet of whoever is sitting at right-back would be foolish at best.

When Tommy McNamara was substituted on at the hour mark, I know I wasn’t the only one waiting for his patented brand of McMagic. After all, it worked last time, didn’t it? Unfortunately there’s one huge difference between this match and last week’s comeback. Last time, T-Mac took the place of Andrea Pirlo.

Again: I refuse to ever pin the result of a team on one player, for better or for worse. Even if someone’s a superstar or a total flop, it does a disservice to the rest of the team to only laud or blame one member. Pirlo is not the problem for NYCFC.

But he is most certainly a problem.

Even with Tommy’s presence, NYCFC’s pace still left a lot to be desired. After a sloppy giveaway in midfield from Pirlo, DC United scored their second goal of the afternoon. Alex Ring does an admirable job covering Pirlo for the most part, but he shouldn’t have to do it for the full ninety minutes of every match. Leaving Pirlo exposed for a moment shouldn’t mean we’re open for such an aggressive counter-attack. It was messy, frustrating, and somehow exactly what I expected.

The tempo of the game changed palpably just one minute later when Pirlo was subbed off for Khiry Shelton and for the first time all match, NYCFC looked alive. David Villa managed to carve out one goal not long after that, and they never stopped looking for an equalizer, but by that point it was too late.

For next week’s match against Philadelphia Union, I want to see a different midfield from NYCFC. It’s clear that unless the team is structured around him, Pirlo is more of a liability for NYCFC than anything else. I just want to see what we’d look like with him being rested. Just for one match. Just this once. Please.

No random thoughts this time, as only being able to watch a 20 minute highlight reel doesn’t give me much to work with, but I will leave you with this: My wonderful girlfriend Amanda joked about watching the match and writing a report for me. She doesn’t watch MLS, but she is incredibly insightful about football and approximately a thousand times funnier than I am. I didn’t expect her to actually follow through on that threat, but she did — with six pages and over 1700 words of notes. They’re all hysterical, but in the end this one bit sums up the match and my recap better than I ever could: